Members were the first to see the final cut of Francesco Carrozzini’s documentary on his late mother Franca Sozzani at our BoF Professional event in London.

Members were the first to see the final cut of Francesco Carrozzini’s documentary on his late mother Franca Sozzani at our BoF Professional event in London.

Guests at the UK Premiere of "Franca: Chaos and Creation" (Photo by Chris Jackson/Getty Images for The Business of Fashion)
Share
Comment
By BoF Team June 16, 2017 17:11

LONDON, United Kingdom — They say an image is worth a thousand words. Franca Sozzani, the late editor-in-chief of Vogue Italia, knew better than anyone the visceral power of fashion photography. Last night, almost six months after her death, BoF Professionals gathered at London’s Ham Yard Hotel for the first British screening of “Franca: Chaos & Creation,” an intimate portrayal of the visionary editor by her son, Francesco Carrozzini.

“London is a place where my mother fell in love with fashion,” said Carrozzini, introducing the film to a packed screening room. “It was here that she realised that a life spent on holiday, reading philosophy books, wasn’t for her. She was intoxicated by the fun and humour that she found in the city, which she came to for the first time in ‘60s, and fell in love with its imagination, music and short skirts.” 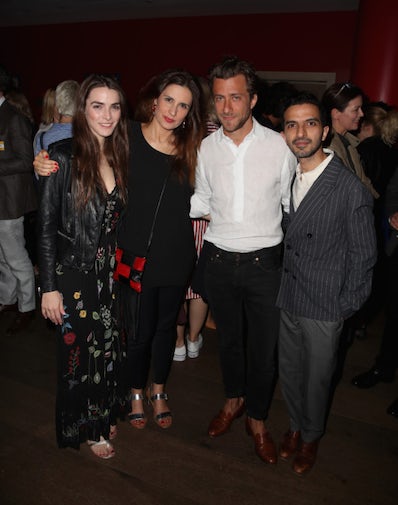 The screening marked the first BoF Professional event in London and was open to annual members, who also took the opportunity to network and meet industry peers over drinks and canapés. “One of the most exciting things that happens is bringing our community together and getting a sense of who you are,” said Imran Amed, founder and editor-in-chief of BoF. “BoF members are the most engaged and switched on in the industry.”

Those very members returned the compliment, underscoring the importance of BoF as a platform that is vital for their jobs. “You wake up, you log on and you’re in fashion,” said Camilla Morton, the commissioning editor for fashion at Laurence King Publishing. “It is the only site that you need to read every single day,” added Chimere Cisse, global PR & strategic communications manager at Burberry. “BoF tells what is going on and it’s addictive — other sites are simply anecdotal.”

So what did they learn from this intimate portrait of Franca Sozzani? Carrozzini’s documentary, which was filmed over four years, was a revealing depiction of a woman who was thoroughly unconventional in both her personal and professional lives. At times, her eye could veer towards extreme imagery examining socially charged themes like plastic surgery, environmental disasters, war, domestic violence and mental health, which prompted newspaper headlines and just as much criticism as praise.

“Why can’t a fashion magazine talk about what happens in the world?” is a question that Sozzani asks herself. Condé Nast International chief Jonathan Newhouse offered an opaque explanation. “Magazines are not art... They are a business product,” he said on screen, before adding: “Most editors, within this framework, did a magazine for their market, very often a beautiful magazine, and [Franca] smashed the framework.” 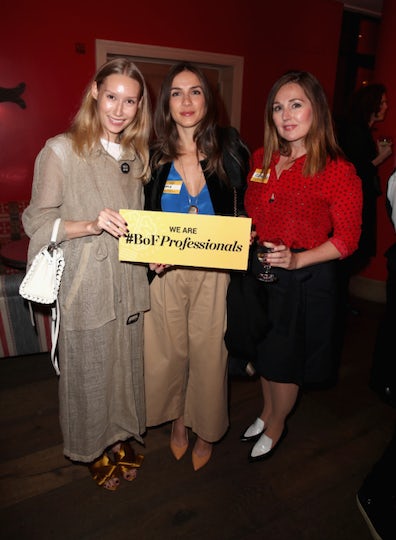 What stood out the most was Sozzani’s determination and fearlessness. “With each issue I was ready to get fired because I understood that the work I was doing was work for the future,” she said in the film. But Sozzani's work was also the product of intense creative collaboration and the film underscored the importance of trust in her decades-long relationships with Steven Meisel, Bruce Weber and Peter Lindbergh, whose photography transformed the landscape of fashion.

This event was a chance for BoF Professional members from across the industry to make connections that could result in longstanding relationships or business deals, too. “You know that because of the calibre of BoF that the people at these events will be worth meeting,” noted Alison Bishop, a trend forecaster and writer. “So many of us have read it avidly for years, and this is a great way for those of us who aren’t on the BoF 500 to meet each other in real life and continue the conversation offline.”

Join BoF Professional now and enjoy all of the benefits of annual membership, including unlimited access to agenda-setting  stories, BoF's new iPhone app and access to special members-only events. Sign up here.

Franca Sozzani: 'I Respect When People put Their Life in Front of Their Work'