LONDON, United Kingdom — The Business of Fashion is delighted to announce the first group of speakers at VOICES, BoF’s annual gathering for big thinkers, which will take place from November 29 to December 1, 2017 in Oxfordshire.

Held in partnership with QIC Global Real Estate at Soho Farmhouse, VOICES is an invitation-only event that brings together the visionaries and trailblazers of the fashion industry, uniting them with inspiring people shaping the wider world. Executives and business leaders from some of the world’s biggest fashion and luxury brands will join experts from a host of diverse industries and entrepreneurs from many walks of life.

The VOICES stage will be a place for iconoclastic insiders like Colette’s Sarah Andelman who will reveal the story behind the forthcoming closure of her Parisian boutique and discuss the future of retail with Rachel Shechtman, founder of New York concept store Story. New York’s luxury streetwear legend, Dapper Dan, will talk about hip-hop’s impact on fashion and the business of culture. Karlie Kloss and Natalia Vodianova — both supermodels who have upended the approach to entrepreneurship and philanthropy — will take on some of the fashion industry’s big issues, while Derek Blasberg of Vanity Fair fame will lift the lid on the Hollywood connection. 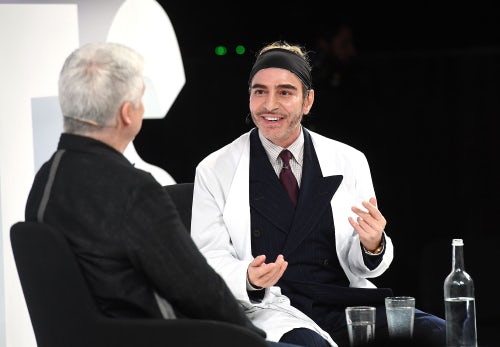 John Galliano with Tim Blanks on the VOICES stage in 2016 | Source: Getty

VOICES will also welcome the young moguls behind the next generation of community-driven brands and best-in-class platforms. Sharing their insight for our handpicked guests will be Emily Weiss of Glossier, Moj Mahdara of Beautycon Media, Melanie Whelan of SoulCycle, Warby Parker’s Neil Blumenthal, and Rachel Blumenthal of Rockets of Awesome.

Exploring the burning issues and future opportunities facing our industry will be a number of cross-disciplinary figures including retail prophet and futurist Doug Stephens; co-founder of Second Home Rohan Silva; Jonathan Taplin, author of the book “Move Fast and Break Things”; and Andras Forgacs, co-founder of Modern Meadow, a revolutionary company that grows biofabricated leather in a lab.

As our industry continues to undergo radical change, the need to look beyond the conventional boundaries of fashion grows ever stronger as we seek out innovative solutions to real-world problems. Strauss Zelnick, an entertainment industry veteran who founded private equity firm ZMC, and Dr Khosro Ezaz-Nikpay, the biochemist-turned-nutrition entrepreneur behind healthy frozen food start-up Frill, are just two of the big thinkers who will bring valuable outside perspectives to our gathering.

Following her moving talk at VOICES 2016, BoF is also delighted to announce the return of Li Edelkoort, one of the world’s most celebrated trend forecasters who guides blue-chip companies and global designers alike through her Paris-based firm Trend Union.

VOICES will also focus on world issues, personal connectivity, wellness, leadership and building relationships. Imran Amed, founder and chief executive of The Business of Fashion, will host events over 48 hours brimming with activity, inspiration and knowledge. 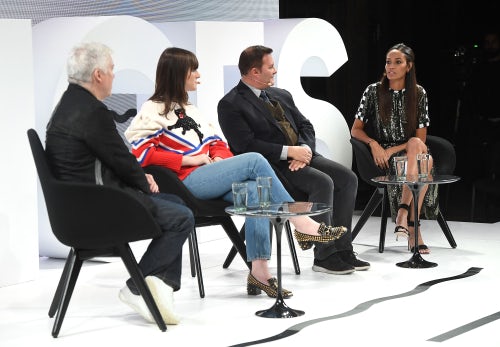 Already, more than 75 C-level executives, creative directors and entrepreneurs are confirmed to attend our special gathering.

Karlie Kloss is an American supermodel who has appeared on the cover of Vogue magazine over 30 times and has walked for virtually all of the industry’s top brands. In 2015 she set up Kode With Klossy, a non-profit organisation that encourages girls to code.

Sarah Andelman is the founder and creative director of Colette, the chic Parisian concept store that has become a global benchmark for fashion retail. In July 2017, it was announced the store would close its doors after 20 years. Andelman is a leader in the retail space and has curated more than 200 exhibits at the in-store gallery.

Dapper Dan pioneered streetwear in early 1980s New York, co-opting luxury branding to design original garments with high-end detail. Cited as a cultural commentator and instigator of hip-hop style, he brought luxury to the masses and is now inspiring the luxury brands of today.

Derek Blasberg is a broadcaster, writer, editor and New York Times best-selling author. He is Vanity Fair’s “Our Man on the Street”, a senior staff member at the Gagosian Gallery, and host of the television show CNN Style. 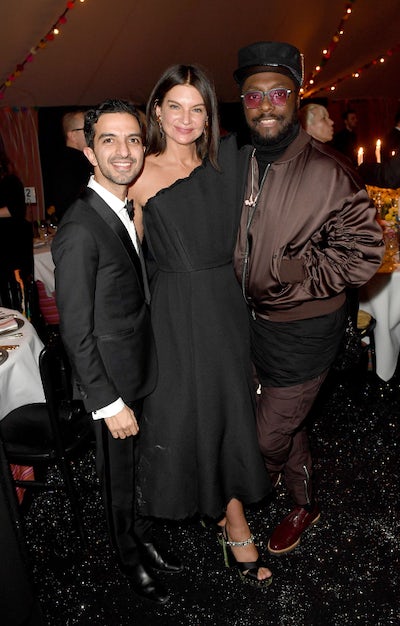 Natalia Vodianova has starred in more than 400 runway shows and landed 71 Vogue covers. A muse to some of the world’s most celebrated fashion designers, she is a passionate philanthropist who founded the Naked Heart Foundation and the app Elbi, a global philanthropy platform.

Alexandra Shulman is an author and the former editor-in-chief of British Vogue. For over 25 years, she raised the profile of the magazine, helped to define and project the very idea of British fashion to the world and advanced the debate on important social issues like body image.

Rachel Shechtman is founder and chief executive of Manhattan concept store Story, a 2,000-square-foot space that gets a complete makeover — with a new design, range of products and marketing message — every four to eight weeks.

Andras Forgacs is co-founder and chief executive of Modern Meadow, a company which is sustainably harnessing the power of design, biology and engineering to biofabricate leather in a lab. He also co-founded Organovo, a biotech company which pioneered 3-D bioprinting to create human tissues for pharmaceutical research and medical applications.

Emily Weiss is the founder and chief executive of Glossier, a digitally native beauty brand inspired by real life. Since its inception in 2014, the New York-based company has grown to over 80 employees and has secured over $34 million in venture capital funding.

Neil Blumenthal is co-founder and co-chief executive of Warby Parker, a brand created to cut out the middleman and sell high-quality, beautifully designed eyeglasses online at a reasonable price. It now has more than 50 retail locations across the US and Canada with over a thousand employees. 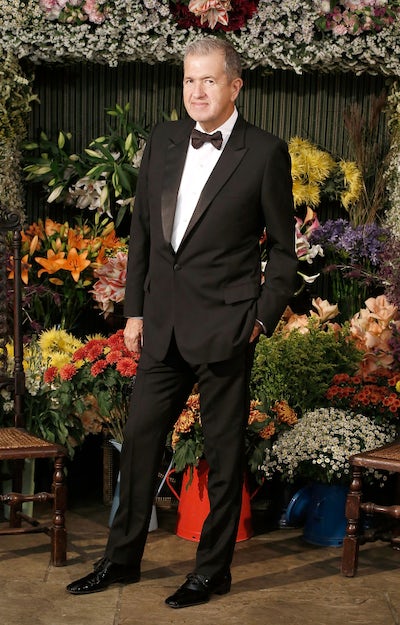 Mario Testino at the VOICES gala dinner in his honour | Source: Getty

Melanie Whelan is chief executive of SoulCycle, a transformative fitness experience sweeping North America. SoulCycle has revolutionised indoor cycling, delivering high-energy results for more than 20,000 riders daily. Prior to her CEO appointment, Melanie served as the brand's chief operating officer since 2012, where she scaled the company’s operation from seven to 70-plus studios.

Doug Stephens is a renowned retail expert, author and futurist with over 20 years’ industry experience. His progressive thinking has influenced some of the most recognisable, global brands. He is the author of “The Retail Revival: Re-Imagining Business for the New Age of Consumerism” and “Reengineering Retail: The Future of Selling in a Post-Digital World”.

Dr Khosro Ezaz-Nikpay is the chief executive of healthy frozen food platform Frill Holding AB, a creation of his start up Zendegii. The biochemist combines deep insight into what is truly healthy, using patented flavour and texture technologies to provide nutritious and tasty alternatives for consumers.

Strauss Zelnick is an entertainment industry veteran and fitness guru who founded private equity firm ZMC (originally known as ZelnickMedia) in 2001. He is also chairman and chief executive of Take-Two Interactive Software, a publisher and distributor of video games, and is the author of the forthcoming book on being fit for success.

Jonathan Taplin is an expert in the fields of digital media, the entertainment industry and innovation studies. He is author of “Move Fast and Break Things”, the 2017 book that traces what Taplin describes as the “destructive monopolisation” of the internet by companies like Google, Amazon and Facebook.

Rohan Silva is co-founder of Second Home, a social enterprise that supports creativity, entrepreneurship and job creation in cities around the world. He was previously senior policy adviser to the former British prime minister David Cameron, where he was particularly passionate about enterprise, innovation and technology.

Li Edelkoort is one of the world’s most famous trend forecasters. Through her Paris-based company Trend Union, Edelkoort creates trend guides that are used by designers, strategists and blue-chip companies such as Coca-Cola, Disney, Mattel and Nissan, as well as global luxury brands like Armani and Zegna.