This month, our Spotlight shines on Amsterdam-based designer Bonne Reijn, whose fashion label Bonne Suits is cutting through the clutter with a seasonless, genderless, uniform-like suit that’s appearing on all the right backs.

AMSTERDAM, The Netherlands — Much of today’s fashion industry is fuelled by a continuous stream of newness and choice. But cutting through the clutter are a new breed of brands like the Dutch label Bonne Suits, whose 25-year-old founder, Bonne Reijn, has built a business around a single product: a seasonless, genderless, uniform-like suit. 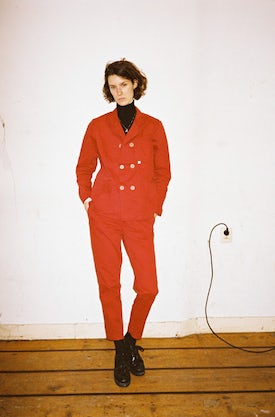 “Fashion has become oversaturated and people are getting tired of companies like H&M that are coming out with six collections per quarter — it’s ridiculous,” argues Reijn, whose suits often sell out at the close of each season. “I simply want to make the suit accessible again and convince people that it’s completely acceptable to wear the same thing seven days a week.”

“I wanted to create an informal suit, but I didn’t have any financial backing,” continues Reijn, who, back in 2014, was working for Amsterdam-based streetwear label Patta, when he first had the idea for his brand. “As I was working for Patta pro bono, [founder Guillaume ‘Gee’ Schmidt] told me he would hook me up with his manufacturer in Portugal for the first collection of suits,” an offer at which Reijn quickly jumped. Five months later, in December 2014, Bonne Suits’ first collection was born, with an initial drop of 50 black and 50 white double-breasted cotton “Poor Man Suits.” The collection sold out during its launch in Reijn’s living room.

I simply want to convince people that it’s completely acceptable to wear the same thing seven days a week.

“The name Poor Man’s Suits stems from beggars on the streets, who are stripped down to the bare essentials needed to survive. This openness transcends through my suits as well,” he says, referring to the simplistic, practical and modest aesthetic of his label. Today, the brand’s suits are available in 17 colour-ways at the highly accessible price of €170 (about $190). Reijn has also launched experimental collaborations, where his suits are treated using unusual processes. To date, Bonne Suits have been embroidered, bleached, painted and rendered in latex. 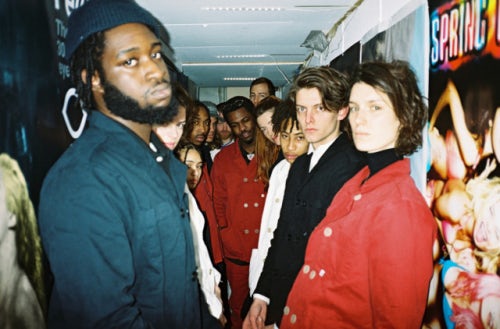 Together with his small team, consisting of his business partner Justus Cohen Tervaert and a single intern, Reijn now releases four batches of three new renditions of his staple suite along with four artistic collaborations a year. The designer currently sells exclusively direct-to-consumer, both from his studio in Amsterdam’s canal district and via e-commerce, which now accounts for 70 percent of sales.

When devising new colourways, the designer works closely with high school friend Marte Mei van Haaster (one of Nicolas Ghesquière’s favourite models) who owns five Bonne Suits herself. Haaster who modelled for the brand in its early stages has also introduced the suits to in-demand models like Rianne Van Rompaey, Mica Arganaraz and Angel Rutledge, who, in implicit praise of the suits functionality and style, have been spotted wearing the suits between shows at fashion week.

But Reijn is quick to point out that his suits are not designed solely for fashion insiders. “People from all walks of life are now buying my suits. I see models, rappers and artists walking around with them, but at the same time I’m seeing lawyers, gangsters and the elderly sporting them as well.” 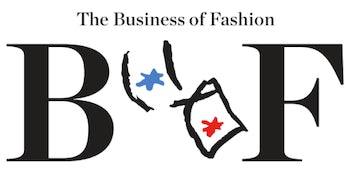 For this month’s Spotlight, Reijn has designed a custom BoF logo that reflects his simple approach and features his company’s own logo. “I wanted the logo to be very clinical, like the logo of a hospital or that of public transport, which aligns with Bonne Suits’ societal aesthetic. The logo itself is a painting by my late mother and depicts an image of the flags that were painted on my first pair of wooden shoes.”

The young company’s growth has surged, with first quarter 2016 earnings already surpassing full year 2015 earnings and Reijn projects €200,000 (about $220,000) in sales for 2016. Adding to its primary markets in Europe and North America, Bonne Suits is now also seeing a growing interest from Eastern Europe and Asia.

In September, Reijn plans to add footwear to his offering, created with Dutch artisanal shoemaker Terra, and aims to expand internationally. “My best connections are currently in Berlin, Paris and New York. I aim to build a franchising-like business model where I work with guys like myself, who can sell the suits through the company’s current construction. That’s the goal.”