SÃO PAULO, Brazil — “The economic situation has made us more efficient, more hard-working and more creative,” Alexandre Birman said last month in a rousing speech at São Paulo Fashion Week (SPFW). The chief executive of Arezzo & Co., who presides over one of Brazil’s largest shoe empires and an increasingly upscale global clientele, was referring to Brazil’s two long years of recession which only ended this spring.

The event was part of a wider initiative by Paulo Borges, the founder of SPFW, to motivate and inspire the local industry through stories of business leaders who overcame Brazil’s dark business environment as it teetered between street protests, presidential impeachments and economic meltdown.

Birman has clearly bucked the trend with Arezzo & Co., which has a portfolio of five brands that includes Schutz and the newer luxury brand Alexandre Birman. Last year, when the Brazilian economy shrank 3.6 percent, Arezzo’s revenues grew by 8.3 percent. And the picture looks even brighter this year. Net revenue increased 15.4 percent in the first quarter of 2017 and 11.2 percent in the second, compared with like for like figures from 2016.

Overall, Brazilian footwear exports between January and July of this year recorded an impressive 14.7 percent increase, despite being hampered by factors like the recent appreciation of the real against the US dollar and production cost increases.

In the first half of 2017, 67.4 million pairs of shoes were produced in the country generating $608 million. In volume terms, this number is 1.3 percent higher than last year's record, which was then an all-time high, and if this continues for the second half of the year, Brazil’s footwear industry could reach a new record revenue and surpass a billion dollars.

However, the president of Abicalçados, the Brazilian association of the footwear industry offers a dose of caution. “We are not seeing this growth as a solid statement yet. It's too early to use that kind of word,” says Heitor Klein. “This number does not mean an actual increase… it means Brazilian footwear has become more expensive [in US dollar terms].” 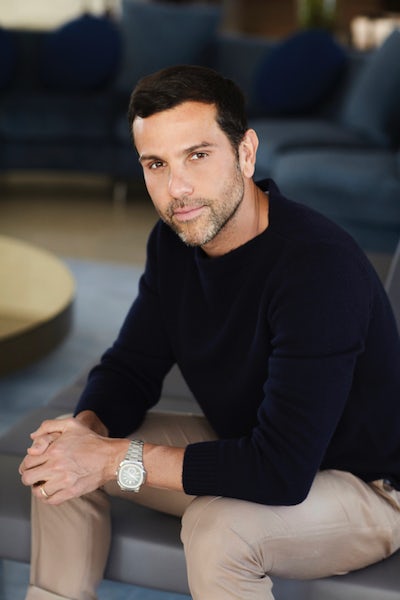 With countries like Indonesia and Vietnam nipping at its heels, Brazil remains the third biggest shoe producer in the world according to some estimates, surpassed only by China and India. But despite the country’s challenging business environment, shoes remain a big export category.

In fact, some of the country’s biggest brands come from the footwear sector. Names like Arezzo, Havaianas and Melissa have all enjoyed an international profile, and to a greater or lesser extent, an international clientele. But with two flagship stores in the US, one on Madison Avenue and another in Beverly Hills, Alexandre Birman is fast becoming the most desirable among them.

Birman knows the business inside out. Recalling the early days of the family empire during the 1970s he recalls, “When I was a kid, the company was run from my grandfather’s garage [but] my dream since I created Schutz in 1995, was to build an international brand for the group.”

Less familiar to the international jet set with whom he mixes but a bigger export than his namesake line is his brand Schutz. “We started to export that in the early 2000s and today we distribute over 300,000 pairs of shoes a year to over 60 countries, representing 10 percent of the group’s revenue.”

Schutz can be considered the Brazilian Zara for footwear. As Brazilian fashion doyenne Costanza Pascolato offers, “Schutz creates the right-now styles, interpreting what’s current in fashion in their own way. Birman has transformed it, ensuring a good price point as well as originality.”

According to Birman, the brand’s growth and relevance is due to its speed-to-market. “We have the best cost-benefit ratio in comparison to our competitors,” he says. “In Brazil, we produce a new style in less than 45 days [whereas] in China and Europe, the lead time is six months. We have a factory exclusively directed to the US market and we’re now able to deliver ten new styles every week to the stores. Our competitive advantage is very strong.”

Birman claims that, after a recent phase of digital investment, e-commerce now represents 10 percent of the Arezzo & Co. business with over 8 million followers across all channels. Diversification also made its mark on the bottom line. “We implemented a sophisticated programme to manage the supply chain, and created new niche brands, such as Fiever, focused on sneakers, and Ana Capri, that only sells flats.”

Before the rise of Birman, Brazil was known mostly for its cheap and cheerful plastic shoe offerings like Melissa and Havaianas. Melissa belongs to the Grendene group, one of the world's largest footwear producers located in the south of the country. With 20,000 employees, it has a production capacity of 250 million pairs per year and gross revenues of $368.4 million, with 71.2 million pairs sold in the first half of 2017.

Before the rise of Birman, Brazil was known mostly for its cheap and cheerful plastic shoe offerings.

“Since 2004, we export not only shoes, but the lifestyle of Melissa,” outlines Paulo Pedó, brand director of Melissa, which became famous for its collaborations with big international designers like Karl Lagerfeld and Vivienne Westwood. “Since the beginning we’ve seen growth in our exports every year," he adds. "We realise that, regardless of the visibility Brazil gained abroad at the beginning of the decade, it’s Melissa's unique concept that transcends any physical and political boundaries.”

“Melissa is a fantasy,” observes Pascolato. “You can’t reproduce a leather design in plastic, so the proportions are slightly exaggerated. It’s not a reproduction [and] there are elements that take the shoes beyond the trends.”

But for Pedó, Melissa’s shoes are a hit because they have become something of a design icon. “It is a global brand that was born in Brazil, but it is not a souvenir from Brazil,” he offers. While Pedó concedes that Brazil’s macroeconomic situation has impacted his operation to some degree, he suggests that the main challenge for Melissa today is to consolidate its international following.

“We have a good development strategy, we’re happy with the results and the partnerships, but we know that here in Brazil, Melissa is a brand consumers love,” Pedó states. “So our goal now is to recreate this affection among international fans.”

Not all of Brazil’s big footwear firms have enjoyed smooth sailing. Scandal hit the world’s most famous flip flop brand Havaianas earlier this year when tycoons Joesly and Wesley Batista sold their 86 percent stake in parent company Alpargatas to a trio of investors including Investimentos Itaú, to cover billions of dollars in fines for their part in alleged bribery that threatened to topple Brazil’s president, Michel Temer.

While the latest scandal certainly shook up the industry, business leaders here remain confident that Brazil’s most successful brands have enough to offer to remain globally competitive. “The Brazilian industry is able to export more than just products and this is independent of political or foreign exchange issues,” explains Melissa’s Pedó. “It also offers a lifestyle.”

In addition to having an edge in terms of brand experience, Klein of Abicalçados believes that Brazilian footwear can still compete by offering superior quality over many of its Asian rivals. But it is increasingly the subtleties of design and marketing that keeps businessmen like Birman ahead.

“Our product is classic and feminine – even timeless,” says Birman who will launch a pop-up shop for his namesake brand at Harrods this November. “So our shoes will still be relevant in ten years’ time.”