Gianluca Flore, the chief executive of Brioni, has exited his role.

The move follows the departure of Brioni's creative director Justin O’Shea in October and comes at a time of transition for the company, which is attempting to establish itself as a leader in luxury menswear.

A spokesperson for Kering confirmed his departure on February 28, and said the appointment of a new CEO will be announced in due course.

Appointed to the post in November 2014, Flore was tasked with overhauling Brioni’s product offering, driving international growth and building its reputation in the luxury menswear market. Prior to Brioni, Flore held the role of chief executive officer of Asia-Pacific at Bottega Veneta, another Kering owned brand. He has been with Kering since 2008. — Limei Hoang

Ren Hang to be remembered at Paris Fashion Week 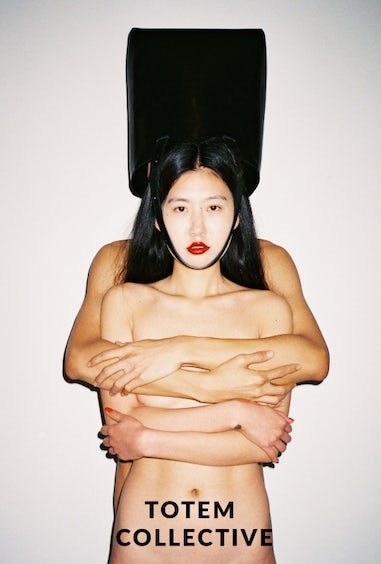 At the time of his death, the Beijing-based photographer had recently released an eponymous tome published by Taschen and was in the midst of collaborating with emerging accessories label Totem Collective on a book of art imagery. This weekend, the brand will show the collaboration at an exhibition at Boon Gallery in Paris as a way of celebrating the 29-year-old photographer’s life.

“The collaboration happened because he offered to do it when I told him we were launching the brand,” said Bohan Qiu, the co-founder of Totem Collective and friend of Hang. “We did it in Beijing and the idea was that it would be a book of art, rather than something commercial.”

The news of Hang’s death has come as a shock to many of his colleagues and friends. He had a longstanding battle with depression, which he was vocal about on his various social media accounts. “We knew he wouldn’t want a serious memorial kind of thing in a church,” added Qiu. “We want to celebrate his life and invite people that knew him and people that didn’t, and play his favourite music and let people appreciate the beauty of his work.”

Hang’s work provoked strong reactions from authorities in China, where pornography is illegal and where artists have often fought against censorship and state interference. He was arrested several times and his work was often confiscated. Last September, the photographer was announced as the recipient of the Outset | Unseen Exhibition Fund, the prize of which was a solo show at Amsterdam’s Foam Fotografiemuseum, which opened in January and runs until March this year. —Osman Ahmed

Editor’s note: An earlier version of this article stated that a book of Han’s imagery for Totem Collective would continue to be published. Due to copyright issues the book will not be published or for sale at this point.