LONDON, United Kingdom — “Yes, I am a makeup artist, but it's always been a bit of a stretch for me to quote that as my job because it wasn't my job ever at the beginning. I became that," Isamaya Ffrench told BoF.

In fact, for 15 years, Ffrench was a dancer. She became a performer at the Theo Adams Company — a collective of artists, dancers, musicians, actors and singers, where she remains their beauty director today. She was also a competitive high board diver and studied 3D design at Chelsea College of Arts and then product and industrial design at Central Saint Martins. Ffrench also worked as a face painter at children’s parties, before a photographer at the Theo Adams Company put her forward for a body painting job at i-D magazine.

Following her initial foray into beauty via face painting, Ffrench “worked backwards,” teaching herself the basics of makeup before. Editorials at the likes of Interview magazine, British, American and Italian Vogue, W and Love magazine followed, building out an impressive portfolio. She has collaborated with photographers like David Sims and Mert & Marcus, as well as creating runway makeup looks for Iris Van Herpen and Junya Watanabe. 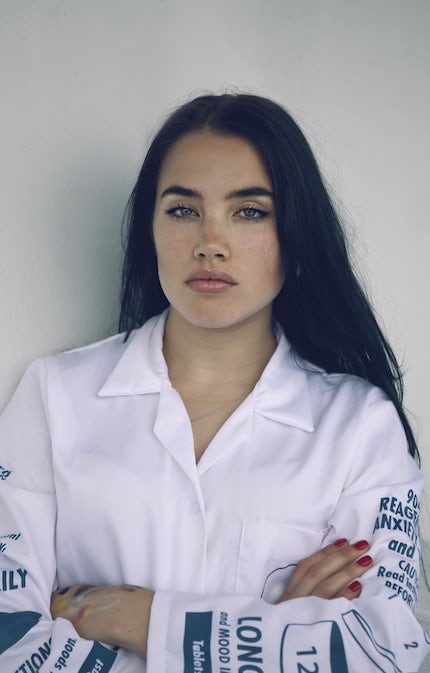 Ffrench’s boundary-pushing creations also saw her become a sought-after beauty ambassador, and creative collaborator. In 2014, she was appointed beauty editor of i-D magazine; in 2015, an ambassador for YSL Beauté; in 2016, she joined Tom Ford Beauty as creative artist consultant; in 2018, she was the launch creative director of Dazed Beauty; in 2019, she was announced Christian Louboutin Beauté's global makeup ambassador. And last month, Ffrench became Burberry’s global beauty director.

Tell us about how your career began.

I thought I'd end up in performing arts or something like that, but I was also interested in art and design, so I went to university to study product design.

In my second year, I joined the performance group Theo Adams Company and I also took up a job as a kids’ face painter. It was through a mix of those two things that a photographer I worked closely with at the Theo Adams Company asked if I could do some body painting for a magazine, which ended up being i-D.

I didn't know anything about i-D, I just went along with my paints and clay and did a big body paint piece. But I remember being on set and thinking, "God, this feels like such an easy thing that I could do.” I liked it, working with people, with bodies — it has this performance side to it and it made sense.

How did you evolve your skills to become a professional makeup artist?

I next worked on a Christopher Shannon show, doing face paint on the male models, and then I worked backwards, I guess, eventually teaching myself the basics of beauty makeup. I started to combine the two — the creative with the beauty. It wasn't intentional — I just went with it.

I was ballsy and I blagged my way through a lot of jobs. Not that I didn't think I was talentless — I had a background in art and I was passionate about art and photography, but it was a self-motivated journey. There is a lot of pressure and demands put on you, but I just got on and did it.

Yes, I am a makeup artist, but it's always been a bit of a stretch for me to quote that as my job because it wasn't my job ever at the beginning. I became that. I still have to call myself a makeup artist now but I also work as a creative director for musicians, for brands. I joined Iconoclast last year as a director for film. In a way, it takes the pressure off me feeling like I have to be a makeup artist all the time and I almost enjoy the job more now because of that.

What attributes made you stand out at the start of your career?

I often think people who have a sports background have an [attitude] of, "I can just do it." Physically, I know I'm capable of lots of things. I did it because I told myself I had to. The energy and the chemical release come from saying, "Yes, I'm going to do it. I’ve got to solve this problem."

Don't expect anyone to call you up and be like, 'We're ready for you now.' Just do it yourself.

I didn't ever leap before I could jump, or whatever the phrase is. Everything happened quite naturally. I was asked to do creative things that not many other people were doing. So, I think there wasn't any expectation there. I wasn't interested in what anyone else was doing — I certainly didn't look at any other makeup artist's work because it didn't interest me. I held a precedent for myself.

Things evolved quite naturally. I started by doing small shows and small editorials. I was educating myself along the way and taking mental notes from what I was seeing, when I worked on shows and with other artists. What kept me engaged was the education I was getting from it.

What advice has stuck with you throughout your career?

A turning point for my work, and how it developed, was on set with [photographer] David Sims. I was whinging to him, "I want do this kind of thing, but no one wants to shoot it. Nobody wants this kind of work.” Blah, blah, blah. And he looked at me and said, "Well, just do it yourself then."

So, I started shooting stories with a friend who was working with me. We went on road trips and created work that allowed us to teach ourselves how to create a bigger picture. That was my introduction to why I do creative direction now. Don't expect anyone to call you up and be like, "We're ready for you now.” Just do it yourself.

What have you learnt from working alongside brands?

There's always an element of compromise. When you work as a brand ambassador or creative director, you're working with a team that is already in place to protect the brand. Whatever you come along with, they'll bring back to something more sellable, which helps me understand what could work and what won't. 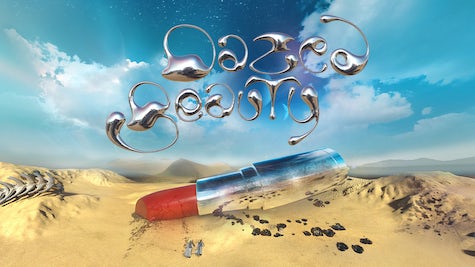 You also need to do your research and work with people that do consumer research, to understand trends and feed that into ideas for campaigns. As an artist, it’s important to recognise you have to sell a product in lots of different markets and how you might sell a product to a woman in China versus a woman in Brazil, for example.

You have to respect the fact that this isn't just about you and your work. It's for the bigger picture of the brand. Sometimes, you have ideas and the brand won't understand or it doesn't fit with them. It's disappointing but you’ve just got to get over it because, ultimately, it's not your brand. You have to respect that. Try not to take things personally.

What was a major challenge and learning in your career?

I [usually] travel a lot and I have collapsed a couple of times because I was too tired. I had to consider slowing down because I was not well. I just say yes to everything — or did, at least, for a long time. I literally didn't stop working. But I think I had to do that to get where I am. It's one of those bear-the-brunt to begin with.

If I travel less now, it is because I'm choosing to. The world has to carry on turning and people still continue selling clothes and doing shoots, but life is not worth dying over. I'm finally finding the work/life balance.

What skills are necessary in your line of work?

People management and good people skills because that is what you are working with at the end of the day — people. Be nice, be patient, be polite and be firm if you have to. But I think that's key to success in general. As much as the creative side is important, it's essential that people trust you and you are able to trust the people you work with.

There’s also the outward-facing side of the work too — it's not just about making images, but it might be about speaking to press, developing products, doing tutorials, doing big PR events. There's a whole other side to being an ambassador and working as a creative director with a brand. You have to be able to do all of that.

Be nice, be patient, be polite and be firm [...] It's essential people trust you and you are able to trust the people you work with.

You have also got to be on time with deadlines. We're talking about products that are getting made to timelines and leads, so you have got to deliver. That's basic shit that anyone would say about working in a company, but there's a level of professionalism you have to abide by that's different from working on your own or with friends on a shoot.

How can an individual stand out in the beauty sphere today?

It was a very different time than when I was coming up and I could use the internet to my advantage because it wasn't used in the same way as it is now. Suddenly, the internet is just one big exhibition space and I feel like I'm a bit useless now.

My job as a makeup artist was almost under threat from the fact that the internet has allowed a much bigger audience to engage and show off their beauty skills. But two years ago now, I set up a platform, Dazed Beauty, which offers a space for people that were perhaps sidelined, not taken seriously or excluded — not just people of colour or the LGBTQIA+ community, but also people excluded because of their age.

I wanted to create a platform that would allow those kids to have a space to show and talk and think and communicate. I spent a lot of time making sure that that was a real place of diversity that could be accessed by those kids. Before, that only existed tutorially, so the makeup artists, the stylists and the artists now have a valid space [to showcase their work].

What is your advice on being successful in beauty?

It's sometimes unhelpful to give people advice because everybody's lives are so different, and I might be in a much more privileged position. But in terms of like an ideology or philosophy, nobody can tell you what to do. You should just do what you want to do, and that's the bigger theme of life really. I think happiness is success for me. Do what makes you happy.

Moving forward, I don't know what the life of makeup artists will look like. I think brand ambassadors are changing — they're becoming people with huge social media followings, models or bloggers. They’re not necessarily going to the artists anymore. Not that that’s a bad thing — you just have to adapt. You can't get upset over these things.

How I Became... A Beauty Consultant

The BoF Podcast: Makeup Artist Isamaya Ffrench on How to Define Beauty