NEW YORK, United States — On Tuesday night, fast fashion giant H&M and Balmain designer Olivier Rousteing will host a runway show and afterparty to formally debut the results of their one-off collaboration — Balmain x H&M — an accessibly-priced collection of more than 100 pieces for both men and women, set to go on sale in select H&M stores around the world, as well as online, on November 5th. By now, it’s become something of a tradition for H&M to stage an annual event in New York to launch its latest designer collaboration, typically complemented by a news-making musical guest. Last year, the unveiling of Alexander Wang x H&M came with a performance by Missy Elliott. In 2011, Versace x H&M pulled both Prince and Nicki Minaj.

This year, as usual, rumours are swirling about which pop star will join Rousteing on stage at the old JPMorgan Chase bank on Wall Street. (H&M says that the venue will include a two-storey runway and platforms “strategically placed for surprises throughout the evening.") But there’s no doubting every moment of the event will be meticulously documented on social media by the audience of roughly 1,000 attendees. After all, Balmain’s runway show attracted more engagement on Instagram during the recent Spring 2016 season than any other, according to the social media platform. Rousteing, who was appointed creative director of Balmain in 2011, has focused intently on connecting directly with his digital fans. An active Instagram user with over 1.4 million followers of his own, the designer acts as a gentle general to what he calls his ‘Balmain Army,’ the senior ranks of which include the Kardashians and Gigi Hadid. “I want everyone to know they are welcome in the Balmain world,” Rousteing told BoF. “Balmain is a luxury label of expense and exclusivity that only a few can afford, but I also believe that fashion should be inclusive.”

It’s widely understood that H&M’s designer collaborations, released in limited-edition, make up a tiny percentage of overall sales for the world’s second largest apparel retailer. But the marketing benefits — said to be measured in billions of media impressions, a metric used to determine how many times consumers see mention of the collaboration — can be significant and help boost positive brand perception and drive consumers to H&M stores. 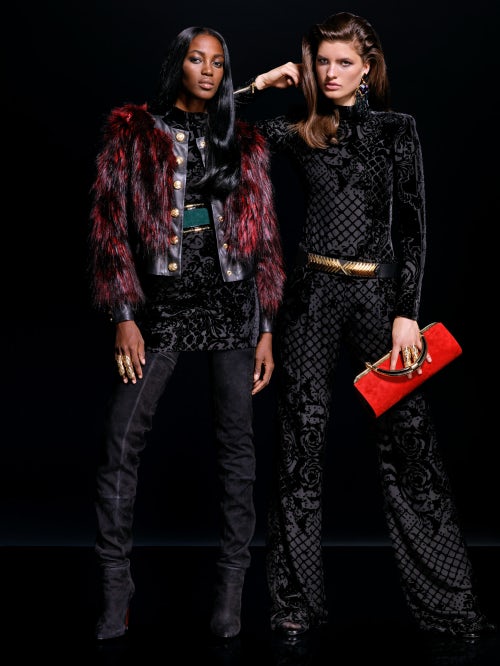 H&M doesn’t release results on its designer collaborations. But, in 2014, analytics company Crimson Hexagon examined 171,345 social media posts to gauge the impact of Alexander Wang x H&M on consumer perception of the brand. The firm found that general positive sentiment toward H&M accounted for 25 percent of the social media conversation the week the collaboration was announced (April 13-19, 2014) and 34 percent the week the collaboration was released in stores (November 2-8, 2014), compared to an average of 10 percent over the nine month period the firm analysed (April 1, 2014 to December 31, 2014). Crimson Hexagon also parsed social media posts for “intent to purchase.” During the week of the release, about half of the conversations contained intent to buy something, compared to an average of 14 percent.

“It’s brand building, of course. It creates a buzz and maybe gets people who never shopped at H&M before to shop with us,” explained H&M creative advisor Ann-Sofie Johansson, who worked directly with Rousteing and the Balmain team on the initiative. “We’ve been doing [designer collaborations] for 11 years now — and we didn’t necessarily expect to. They are successful.”

The benefits go both ways. For one thing, a collaboration with H&M can offer a quick cash injection (previous designers have reportedly been paid $1 million and up for their services). What’s more, for a steadily growing but still sub-scale luxury label like Balmain, with annual sales of just over €30 million (about $34 million) in 2012, the sheer exposure generated by a collaboration with the Swedish retail giant can be powerful.

“I love Instagram because my followers can be part of the Balmain life. Now, with this H&M collaboration, they will get the chance to finally wear the pieces for themselves,” said Rousteing. Of course, the typical H&M customer is not the typical Balmain customer. And Balmain x H&M pieces are not Balmain pieces (which can often sell for thousands of dollars). But for a luxury brand like Balmain, the secret to manufacturing desire exists in the tension between being highly visible and highly exclusive at the same time. The H&M collaboration “will make the Balmain customer see how everyone wants Balmain but can’t have it,” the company’s chief executive officer, Emmanuel Diemoz, recently told The New Yorker.

Balmain x H&M would not exist if it weren’t for Karl Lagerfeld, who changed the course of fashion — both high and low — when he became the first designer to collaborate with H&M in 2004. “In the hardcore fashion world in Paris, it would have looked a bit funny to walk around with an H&M bag,” said Donald Schneider, the creative consultant to H&M, who conceived the designer collaboration concept more than a decade ago. “Suddenly, it was totally okay for a woman to walk into the Ritz wearing H&M with a Dior top. It opened up a lot of things.” 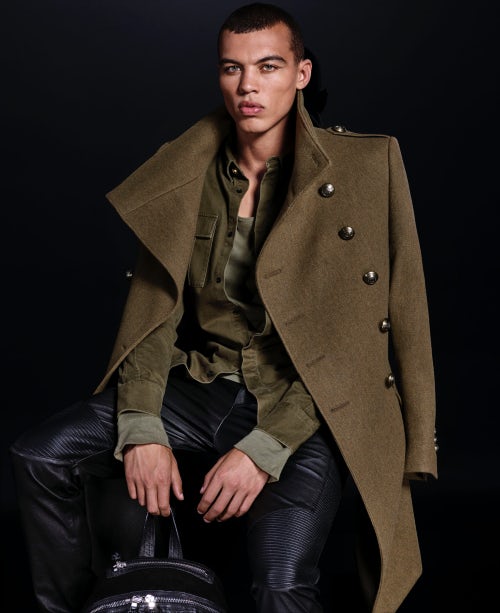 The process behind each designer collaboration varies, although Schneider insists that the “surprise factor” is core to every collection. “We always want to give the customer something they wouldn’t really expect,” he said. While H&M is constantly in talks with multiple fashion houses on possible partnerships, the decision to follow collaborations with Isabel Marant (2013) and Alexander Wang (2014) — two relatively accessible brands — with Balmain, whose pieces are regularly priced in the five figures, was a pointed one. “It’s a high-fashion brand that makes everybody dream.”

According to Schneider, Rousteing was highly enthusiastic about the project. “The most important thing, of course, is to have a designer who is really burning to do this. Who gives it all [his or her] energy,” he said. “It needs to be a tight collaboration, with everything in sync. It’s really important to us that the designer is happy with everything we do. We have to have tremendous respect for each other, because we’re going to spend nine months, a year, of time together to make something amazing.”

To be sure, H&M is able to attract labels like Balmain because of its winning track record. “[Before 2004], if there was talk about H&M, it was about the campaigns, not the fashion,” Schneider says. Back then, he suggested bringing in a “super designer” so people would “actually talk about the collection. I thought we should start at the top and I knew Karl Lagerfeld quite well, so I asked him. It’s a liberating process for a designer to speak for a short amount of time to a lot of people around the world and he understood that. The first thing he asked was not about money or anything, but if anyone else had done this before. He was very courageous. Most designers need validation.”

For the inaugural campaign, Schneider suggested shooting Lagerfeld himself — perhaps the most famous living designer in the world — alongside models wearing the collection. Since then, the approach has varied. However, it’s always important to Schneider that the collaborating fashion house’s image is reflected in the campaign. For Balmain, H&M hired photographer Mario Sorrenti, who shoots the house’s own advertisements, as well as several of Rousteing’s favourite models, including Gigi Hadid, Hao Yun Xiang, Jourdan Dunn and Kendall Jenner. “It has a lot to do with the existing image of the brand. We don’t want Balmain or Olivier to become H&M. We want H&M [to become] Balmain for that short moment in time.”

Developing the actual collection required a similar synergy. While Rousteing was eager to release even more product than what will be on the racks November 5th, H&M encourages its designers to keep the style count below 45 total pieces for women. “We want to [display] the collection in the best area of the store, and that area is limited,” Johansson explained. “He wanted to do more pieces and we had to stop him, really!” While H&M will also step in if the assortment is off — if there are not enough trousers for example, or too many dresses — the goal is to keep the creative integrity of the designer brand in place. “With Oliver, it’s been very intimate in a way, because he has a small team,” Johansson continued. “I do think he’s a brilliant designer, and we had a lot of fun together.”

For Rousteing, it was critical to produce items that were not simply copies of his showpieces. “I also want to show the different sides of Balmain,” he said. “Not just the dresses and embellished pieces, but also the tailoring, the oversized silhouettes, the draping and Parisian femininity, as well as the pieces for the urban warrior.”

The designer’s goal was to give the H&M customer spending $200 the same feeling and experience of a Balmain customer spending $20,000. “For me, it was important to approach everything about this collaboration the same as if it were for Balmain. If the label says Balmain, it has to have the same richness, the same attitude, the same positivity and energy,” he said. “Each campaign has its own story and for the H&M collaboration I wanted to show the power and diversity of the #HMBalmaination,” he said, referring to the hashtag created for the launch of the collaboration, which has already been tagged in more than 12,800 posts. “The models are all so different, to show that Balmain x H&M is for everyone, no matter where they come from.”