HELSINKI, Finland — In an amphitheatre inside Saga Furs’ headquarters, hundreds of men, and a few women, in white coats consult their auction books and strategise about how to get their hands on the mink, fox and raccoon pelts on the block.

It’s day four of Saga’s weeklong auction, a quarterly gathering of fur buyers looking to stock up on supplies. Bidders travel from around the world to attend, the furs they buy  destined to be made into coats for Fendi, scarves for Saint Laurent and other luxury products.

One bidder stands out from the crowd. With a neat black bob and a silver jacket, Fire Lady is after “Blue Shadow” fox skins. The founder of a two-year-old China-based e-commerce fur business that did 220 million RMB ($32 million) in sales last year, Fire Lady (real name: Fu Zhien) came to Finland to bid on “top lots,” the highest quality skins that are often the subject of fierce bidding wars. Her winning bid for the Blue Shadow fox: €1050 ($1180) per skin, compared with an average €80 for less-rarified pelts from the same species.

But despite the buzz around the auction, the market for these furs has never been less certain. Global fur sales are in freefall, declining to $33 billion last year, from $40 billion in 2015, according to the International Fur Federation (IFF), a trade group.

Fur sellers blame a slowdown in China — Fire Lady and her over 405,500 Weibo followers aside — which makes up nearly half of global sales, according to the IFF. The country saw a classic boom and bust: as demand and prices soared earlier in the decade, farmers started breeding more fox and mink. When growth moderated, the industry was left with a massive surplus that it’s still working through.

We need to make sure that fur is seen as relevant in fashion.

Until recently, the fur industry could still depend on growing business in the West. But political challenges in Europe and the US are threatening both production and trade. Just two weeks ago, Ireland announced a phased ban on fur farming, following in the footsteps of Norway, Luxembourg and Belgium, which all announced bans last year. Los Angeles and San Francisco are banning fur sales, while New York’s city council is considering a similar law.

Over the last two years, animal rights activists have successfully pressured a number of top-tier luxury brands, including Gucci, Michael Kors and Burberry, to stop using fur. The steady stream of brands joining the movement is still continuing — most recently, Prada said it was ending its use of fur in May.

While the industry might have weathered one of these crises in isolation, the combination of threats has begun to take its toll. Blue Shadow fox skins fetched 40 percent more at a December 2014 auction. Over the same period, Finn raccoon prices fell by more than half, to an average €63. Overall, Saga’s auction sales fell 28 percent in its most recent fiscal year, to €314 million.

Under siege, fur is looking for a way to bounce back. The latest gambit? An influencer campaign. 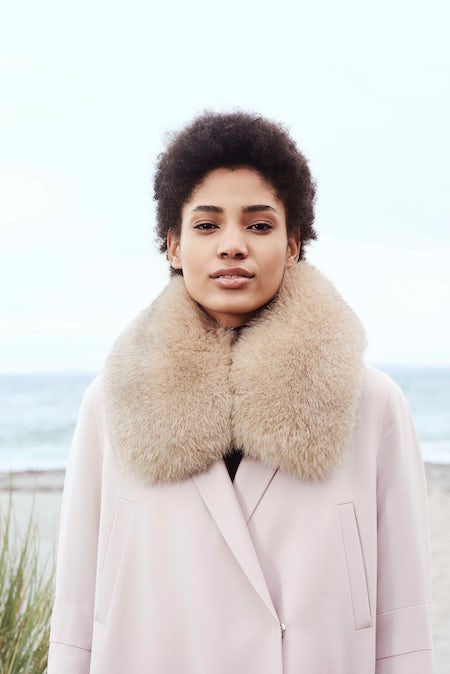 This year, Saga hired Bryan Grea Yambao, better known on Instagram as Bryanboy, to design a series of fur-focused capsule collections. The first five-piece collection quietly went on sale on Luisa Via Roma in April, with a more robust marketing campaign planned for autumn. A second, larger line is due for release next year.

It’s rare for Saga to sell fur directly to consumers; as the industry’s second-largest auction house, its main business is in connecting fur farmers with buyers, turning a profit by taking a commission from each sale. But desperate times call for desperate measures.

“We need to make sure that fur is seen as relevant in fashion,” said Tia Matthews, Saga Furs’ business director for fashion. “We don’t have hundreds of millions to do a global ad campaign on this, so we have to take the route to talk through the influencers and tell our story that way.”

Saga Furs has long worked with the fashion industry behind the scenes, sponsoring students and bringing designers to its innovation and design facilities in Copenhagen. But the catwalk’s influence is waning, and Instagram has become the new battle arena for brands vying for consumers’ attention. The selling of fur has also changed dramatically in recent years. Rather than lusting after a large mink coat on the runway, consumers are increasingly getting their fur fix via a coyote trim on the hood of a Canada Goose jacket, or a fox fur Fendi keyring.

The fur industry still has plenty of friends. Many of the brands that banned fur, including Gucci and Prada, said they were hardly using the material anyway. And sales in the US have risen steadily, reaching $531 million last year, up from $327 million in 2013, according to Euromonitor.

“Businesses like mine don’t depend on the Pradas and the Guccis of the world,” said Steven Hurwitz, managing director of Hurwitz Exports, a large UK-based fur supplier, who had travelled to Finland for the Saga auction. “I depend on high volume. I’m a commodity trader really … we depend on large markets.” A slowdown in demand from a market as large as China has hit the industry hard, he said.

The influencer campaign is part of an effort to shore up fur’s popularity outside of China. Saga began working with influencers in 2015, initially to help ramp up its social media following. Recent lavish trips to Lapland, where temperatures plummet to minus 20 degrees Celsius, have proven popular. These trips were hosted in partnership with outerwear brands Yves Salomon and Moose Knuckles.

Saga’s strategy is to promote fur as a sustainable alternative to faux fur, which is often made of plastic. That message is a challenging one to get across on social media, experts say.

“It would have to be supported by a very transparent disclosure of how animals are treated while they are farmed,” said Luca Solca, senior luxury goods analyst at Bernstien. “How can a consumer or a brand stand out and be recognised that they are using or wearing sustainable fur?”

Bryanboy counts some of luxury’s biggest names among his clients, with brands like Cartier and Loewe calling on him to promote their latest products to his 683,000 Instagram followers. His fans tend to skew young (67 percent of followers are aged 19 to 32, according to data from influencer analysis platform HYPR).

He has worked with Saga before to promote fur on social media. When the auction house approached him again, he suggested they collaborate on an accessories collection inspired by his jetset lifestyle, including eye masks, clutch bags and detachable collars. (Both Saga Furs and Bryanboy declined to comment on the financial terms of the partnership.) 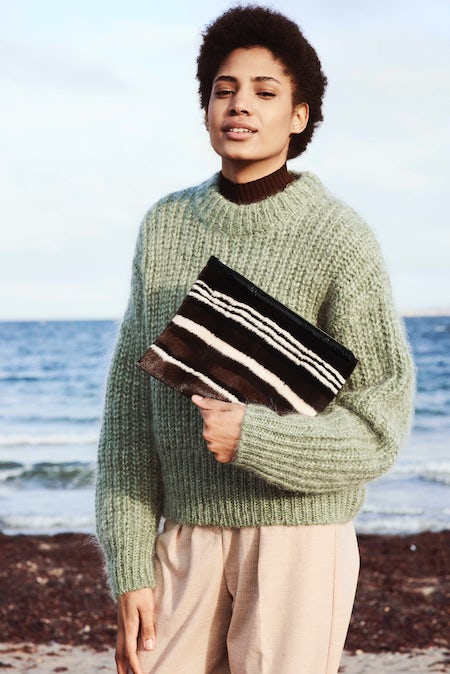 But unlike a Dior Montaigne bag, fur is highly polarising, especially with social media becoming a hub for anti-fur activism. Bryanboy, however, isn’t worried about backlash.

“I’ve always worn fur,” he said. “Surprisingly enough, in spite of the whole political stance surrounding it, I rarely get any comments on my social media. A lot of my audience and a lot of my friends, they’re very pro-fur, they know I love fur.”

Experts agree Saga Furs needs to be part of the debate online if it’s going to attempt to curb growing anti-fur sentiment. Although it may be difficult for the company to pivot its messaging to consumers, said Hannah Kamaie, senior director of business development and strategy at C-Suite, a customer agency.

“The influencer community and the end consumer isn’t the audience they know,” she said. “They need to think about who their customer is and try to speak to that customer in their language. Their customer isn’t the end user, it’s the brands, it’s business, it’s policymakers.”

Meanwhile, animal rights activists are continuing with their anti-fur campaigns.

“Consumers won’t be fooled,” said PJ Smith, fashion policy director for The Humane Society of the United States, about the Bryanboy campaign. “The fact is that consumers simply don’t want products that cause extreme animal suffering, and savvy companies are responding by changing their ways rather than clinging to an outdated past.”

Certainly, it’s highly unlikely an influencer-driven capsule collection will boost fur sales enough to counter the effects of global political and economic forces. But, as Mark Oaten, chief executive of the International Fur Federation, points out, marketing isn’t just about sales. It’s about shaping perceptions and continuing to foster a narrative with your existing community.

“One of the many reasons why you advertise to consumers is actually post-sale,” he said. “It’s to make them feel comfortable and happy with the purchasing decision they made.”