LONDON, United Kingdom — While scores of female models have become household names and built powerful brands — Kate, Naomi, Cara, Heidi, Tyra and Gisele — the majority of male models have yet to achieve name recognition at all, let alone first name only status. For the most part, a male model has two roles. To act as a background prop, a pillar of muscle supporting a better paid, better lit female counterpart.

Or, to model underwear.

“Male models aren’t celebrated the way female models are. There are a lot of opportunities that come to female supermodels because of the interest. Men are interested, women are interested. I don’t think other guys generally look up to male models the way that you might look up to a chief executive of a large corporation or an actor,” said Garrett Neff, one of the top male models in the business, who has recently fronted campaigns for Ermenegildo Zegna and Hugo Boss.

Indeed, in fashion modelling it is men that face a glass ceiling in terms of their earning ability and career progression. In part, because the market for women’s fashion is much bigger than the menswear market, meaning brands are willing to invest more in womenswear campaigns. And also, due to the traditional cultural emphasis placed on women’s appearances compared to men’s.

It was obvious to me that it wasn’t about having a face anymore; it was having a brand to go with it.

According to Ashley Mears, author of Pricing Beauty: The Making of a Fashion Model, women are paid between 25 and 75 percent more than men for modelling jobs. The gap is much larger at the top of the profession. For a top tier fashion or fragrance campaign, a female model can earn over ten times more than the man standing next to her. According to Forbes, Gisele Bündchen and Miranda Kerr, the highest earning female models in 2013, earned $42 million and $7.5 million, respectively. On the other hand, Sean O’Pry and David Gandy, the two highest earning male models, made $1.5 million and $1.4 million.

“You’d have female models, an art director, a photographer — and male models were sort of an afterthought. It was like no one would listen to you and I didn’t really understand being in the same editorial, the same campaign and earning less money [than the female model] — and not being listened to,” said David Gandy, the Essex-born British model who shot to fame in Dolce & Gabbana’s Light Blue fragrance campaigns, photographed by Mario Testino. 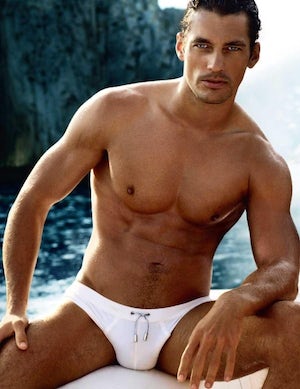 Nonetheless, David Gandy, Garrett Neff and Tyson Beckford, along with a handful of others, are now seeking to follow their female peers into the more lucrative realm of celebrity and personal branding, where the capacity for earning is higher and jobs go beyond advertising campaigns to include television work, designing and launching new product lines.

“Around 2006, you could see the industry was moving away from models and towards celebrities and film stars and sport stars, who were getting the biggest contracts. So you could do one of two things — stay exactly as you were and not progress beyond that, or you could start diversifying into other things and build a brand up. It was obvious to me that it wasn’t about having a face anymore; it was having a brand to go with it,” said Gandy.

But not just any male model has a hope of building a brand. “In order to build a profile capable of becoming a brand, it's important to have established longevity and consistency. It's also important to book multiple jobs with the industry's most important photographers and stylists. It's easy to get in once, but the true test is whether or not they invite you to shoot again and again,” explained Kevin Apana, a modelling industry veteran and managing men’s director of IMG Models, where he works with some of the industry’s leading male models.

But to move beyond advertising work and build up a brand requires investment — and a strategy. “A lot of guys get most of the money from commercial modelling work, which is usually catalogue. But you’re not working with the best photographers or best creatives. I became more focused within the fashion world as an editorial model and people got to know me that way. It was a conscious effort to do that. And, of course, when you get rid of every commercial client you have, you’re not earning anymore. We weren’t looking at a six month plan, we were looking at a five year plan,” explained Gandy. 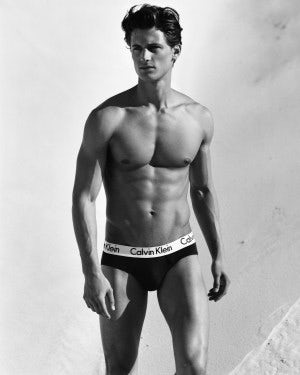 Gandy is not the only male model pushing beyond the traditional limitations of his career. Garrett Neff kick-started his career by landing one of the biggest contracts in the business: Calvin Klein underwear, which was soon followed by campaigns for the brand’s fragrances and jeans. “The most commission that I’ve got from work was some of the Calvin Klein jobs that I did quite early on. At the time I didn’t really understand the industry at all. It was different then,” said Neff.

“I don’t think you were really able to create a brand for yourself on your own like you can now. It’s difficult to communicate with everybody — Instagram and Twitter weren’t around. I think there is sort of an advantage for people who are getting those sort of advertisements now, because there can be this huge [social media] push at the same time,” he continued.

Gandy also entered the industry before social media had become a vital brand-building tool for models. Instead, the British model built up his brand through writing gigs at British Vogue, GQ and The Telegraph. He also became an ambassador for London Collections: Men and was the only male model to walk in the 2012 Olympics closing ceremony, alongside eight female models including Kate Moss and Naomi Campbell.

“The rise of social media has empowered models to self-promote, build dedicated audiences and engage directly with fans. Customers are beginning to depend on the individual’s digital clout,” said Apana. Yet there is still no male equivalent of a Cara Delevingne, whose social media presence (14.1 million followers on Instagram) and modelling career feed off one another — her digital audience increases her worth as a brand ambassador, which, in turn, boosts her impact on platforms like Instagram.

But even if they manage to build a profile capable of sustaining a brand, male models still face significant challenges — namely, being pigeonholed in their work. Some, like Tyson Beckford, build careers in film and television, appear in music videos and host events. But for others, it can be hard to move on from underwear and swimwear campaigns — in many cases, the type of work that made them famous — to build multi-faceted brands and product lines. “You want to use your advantage, like being known for underwear and swimwear — but then you want to move on,” said Gandy. 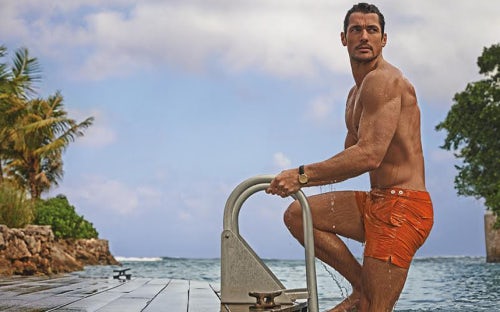 “Of course, it was always probably going to be the good and natural thing to do an underwear line. That was the natural step — it is what I was known for with Light Blue, with Dolce & Gabbana underwear, the book, the calendar,” said Gandy, who has since partnered with British retailer Marks & Spencer to launch a line of underwear, swimwear and sleepwear.

For Gandy, building a brand has changed the type of modelling work he accepts. “In the last two years, we’ve only done covers of magazines talking about my branding. My items. In the end, there was no point in me doing fashion editorials where I wasn’t pushing the brand I was wearing or designing. In that respect, yes, there has probably always been the element of me being the face of something. But, hopefully, the idea is people trust the name I’ve set up — not just the pictures,” he continued.

Neff has gone one step further: “I am working on a swimwear line that I’m launching in July. I’m going to be the spokesperson, but I’m not going to be in the campaign. It’s not my name on the brand,” he said. “I’m the founder, chief executive, creative director, I’ve funded the whole thing, I’m making it happen, but I think the main reason [I am not in the campaign] is that I wanted to distance myself from this brand.”

In doing so, Neff is keeping an eye on his personal brand as a model. “I don’t want to have to face selling my name. I am still talent at the end of the day,” he explained. “If I have to sell an apparel line with my name on it to somebody who offers me a number that I can’t turn down, if I had to sell my own name it wouldn’t be so wise.” But his motivation also stems from a desire to not simply be known for wearing briefs.

“I’ve seen a lot more women go on to become celebrities, as opposed to men, for sure. I mean, there are a few guys you’ve heard of who have been the top male supermodels in their generations. We see them in press and they go to parties — but what are they really doing now? I don’t think it’s really helped them that they were a huge male model,” he added.