The future of the Arcadia fashion chain remains in limbo after a vote by landlords to accept reduced rents, shorter leases and fewer stores was pushed back a week after it was clear the current offer wouldn’t be accepted.

Landlords and other creditors have baulked at Arcadia Chairman Sir Philip Green’s bid to restructure his Topshop, Miss Selfridge, Evans and other UK-based fashion chains, in return for a promise to invest another £50 million ($63.8 million) in the business, and hand a 20 percent stake to creditors. A handful of landlords in particular, aren’t buying it amid nose-diving sales and doubts the billionaire, whose reputation is being sullied by new allegations of sexually inappropriate behaviour and unwanted groping in the US, can revive his flagging business. Green has denied the charges of misdemeanour assault made against him by a pilates instructor in Arizona. Earlier this year he also denied the findings of an investigation by London’s Daily Telegraph into his alleged sexual harassment, bullying and racist abuse of staff.

It is a huge fall from grace for the businessman, awarded a knighthood for services to retail, and whose brands once anchored fashion malls and symbolised the coolest in British fast fashion. Green is trying to gain support from some major landlords including Intu, the shopping mall operator and Land Securities, who are set to vote against the plan, according to people familiar with the company’s thinking before Arcadia submitted its revised offer on Friday. British Land is backing the plan, the FT reported, having agreed to better lease break terms. One large landlord of top-performing malls told BoF that accepting a much reduced rent bill from Arcadia would be “quite a tough message to communicate to other tenants paying full rent.”

The negotiations should send a stark message to other struggling retailers: they may be more valuable dead than alive.

Despite the numerous scandals swirling around Green, the problems at Arcadia are the same as countless mass-market brands and retailers. Consumers are shopping differently, and prefer brands that offer robust e-commerce options and smaller, more experiential stores. Arcadia’s forecast for a 9 percent drop in same-store sales this year may be grim, but it’s in line with recent reports from J.C. Penney (a 5.5 percent decline in the first quarter) and Gap (10 percent).

On Friday, Green offered a modified proposal to close at least 23 UK stores and drastically reduce the rent on nearly 200 (out of 570 total) more by up to 50 percent as part of a CVA, (or company voluntary arrangement,) a form of British insolvency that would keep the business alive at a much reduced footprint.

“We hope these final revised terms will ensure the majority of landlords support the CVA at next week’s vote. Their support is vital for the long term sustainability of the Group, our 18,000 employees and our extensive network of loyal suppliers,” Arcadia Chief Executive Officer Ian Grabiner said in a statement. Creditors vote on June 12.

Green says he will invest in e-commerce with a new distribution centre and extend the wholesale business by adding Topshop to e-tailers like Asos to stave off the collapse of the chain, which would leave 18,000 staff unemployed, and around 570 standalone stores empty. Arcadia forecasts a bullish recovery with ebitda increasing from a projected £30 million pounds this year to £80 million next year, and to £117 million by 2021.

Given the difficulties in the over-saturated mass-market, many retailers argue a reset on rents is needed and Philip Green is simply fighting for the inevitable. Some would no doubt prefer to let the brands fall into administration for another buyer to revive. Landlords at bankrupt Sears took a similar view earlier this year, backing liquidation knowing they could upgrade to new, more successful tenants.

Even if Topshop and its sister chains can be saved, many creditors question whether Green is the person to do it. He and his wife have taken vast sums out of the business in the past, including a £1.5 billion dividend in 2005, the biggest in British corporate history. His lavish lifestyle, celebrity socialising and ostentatious superyacht are seemingly at odds with the under-investment in his businesses. And though Green has repeatedly denied the allegations about his behaviour, the charges are a distraction at best, and fatal to Arcadia’s recovery prospects at worst.

Arcadia’s brands — and their 18,000 UK employees who will lose their jobs in a liquidation — deserve a chance at a proper turnaround. That likely cannot happen under Green’s leadership, and therefore creditors may well vote down his restructuring proposal on June 12 and seek out new owners for Topshop and any other pieces of his empire that can still be saved. 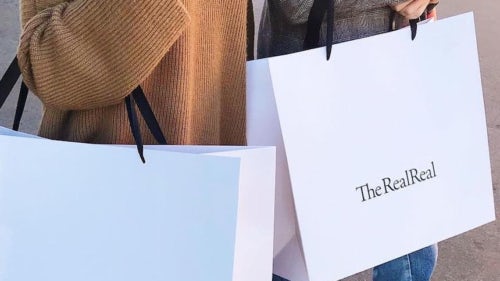 The RealReal files for IPO and plans to dominate the secondhand luxury market. An IPO would help The RealReal achieve its goal: to become the default choice for consumers looking to buy or sell used luxury goods. Already, the site counts more than 400,000 active users, and says 80 percent of sales are made to repeat buyers. But despite more than doubling sales in the last two years, the company is not profitable. Losses topped $75 million last year, a 45 percent increase from 2017.

Louis Vuitton sees 'unheard-of' growth in China. LVMH shares gained after the head of the Louis Vuitton brand gave a rosy view of its China business, easing concerns about the effects of a trade war with the US. The label is experiencing “unheard-of growth rates” in China, Chief Executive Michael Burke said. Consumers in China have been buying more handbags and watches at home instead of abroad in recent months. After slumping late in 2018, LVMH has risen 36 percent this year.

Revolve raises $212 million in IPO. The online fashion retailers sold 11.8 million shares Thursday for $18 each, after marketing them for $16 to $18 apiece. The company is valued in the listing at more than $1.23 billion. The IPO follows Farfetch’s September listing, which raised $855 million. This year, three other e-commerce companies have gone public in the US, raising a combined $471 million.

Renzo Rosso’s OTB invests in Amiri. The Italian fashion group chaired by Diesel founder Renzo Rosso has taken a minority stake in Amiri, a Los Angeles-based luxury brand with a Californian, rock 'n' roll aesthetic. The label was founded by Mike Amiri in 2014 and has attracted a celebrity following. The terms of the deal were undisclosed. OTB consolidated revenues amounted to €1.4 billion last year, down 3.2 percent at constant exchange rates, impacted by the weak performance of Diesel in Europe and North America. Amiri is expected to generate $60 million in 2019.

Versace plans to open dozens of stores a year to meet $2 billion goal. Capri Holdings Ltd., which bought the Italian fashion label for about $2.2 billion late last year, plans to open dozens of stores annually and renovate existing shops to reach its goal of doubling Versace’s annual sales. The company also will spend more on the brand’s marketing as it expands into handbags and accessories. Capri, which also owns the Michael Kors and Jimmy Choo brands, wants to expand from its existing 188 Versace stores to about 300 by 2022, with new locations across each geographic region.

Tiffany shares fall as sales to Chinese tourists drop by 25 percent. The jeweller reported first-quarter sales that fell short of projections, while warning that tariffs will rise on the jewellery it sends to China from the US. Shares fell in early trading, and the company’s gross margin shrank and fell short of estimates. Tiffany’s US sales to Chinese tourists fell by more than 25 percent last quarter, a trend that’s worsening as the trade war escalates. The jeweller first started seeing cracks in tourist spending a year ago, and it has further deteriorated over the past three quarters. 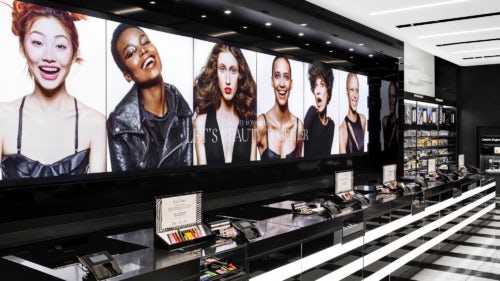 Sephora shuts US stores for diversity training after racial incident. The LVMH-owned beauty chain closed all its US stores, distribution centres and corporate offices Wednesday to conduct diversity training for employees, a move that follows a racial incident involving Grammy-nominated singer SZA. The R&B singer, who is black, said in April she was racially profiled at a Sephora store in Calabasas, California. Sephora and LVMH representatives did not respond to questions on the reason for the training, which the company called "inclusion workshops."

Pat McGrath is a hit at Selfridges. The Pat McGrath Labs pop-up last month was the largest retail takeover Selfridge’s has hosted. In a month, it has become Selfridges’ best selling beauty line, breaking records for the highest cosmetics turnover in its first month on sale at the department store, as well as the best daily cosmetics sales in its history. In fact, one Pat McGrath Labs product was sold every 40 seconds.

L'Oréal to provide virtual make-up tech for Amazon. The French cosmetics company has struck a deal with Amazon, bringing augmented reality makeup to the platform. L'Oréal's virtual reality business ModiFace will provide make-up testing technology allowing customers on the site to try on lipsticks using mobile phone videos or photos. The contract goes beyond make-up tests solely for L'Oréal's own brands, which include Maybelline and Lancôme, but is limited to lipsticks for now. 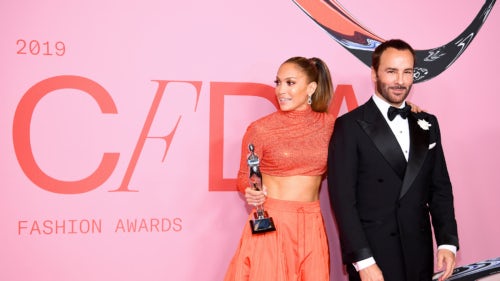 The CFDA enters its Tom Ford era at 2019 awards. After 13 years at its helm, Diane von Furstenberg passed her successor a literal torch as a symbol of the end of her tenure as chairwoman of the CFDA in front of the fashion community she fostered for more than a decade. The Tom Ford era has begun at the CFDA, but he didn’t steal the spotlight on Monday. The focus stayed on von Furstenberg, honourees such as Jennifer Lopez, Brandon Maxwell, Rick Owens, Eileen Fisher and Carine Roitfeld.

Kering moves to tighten grip on e-commerce. The Gucci owner is expanding its e-commerce operations, focusing on its own branded sites or ventures where it can control its image and client data. Many luxury groups are now investing heavily in e-commerce, having shifted into online shopping later than more accessible fashion labels. Kering had already said it would take back control of web operations of its brands, such as Balenciaga and Alexander McQueen, which had been developed by Yoox Net-a-Porter (YNAP).

Your Instagram feed is about to have more ads from influencers. The Facebook-owned platform announced Tuesday changes to its advertising strategy that would allow brands to promote influencer-created content in people’s feeds, even if those people do not follow the influencer’s account. The ads will look similar to those already found in Instagram Feed and Stories but will be labeled “paid partnership.” The move, according to the company, is in response to brands’ desire to better target users and offer a more organic ad experience.

Amazon launches AI ‘Shazam for clothes’ fashion search. The company is introducing a new AI-powered tool named StyleSnap which will help customers find clothes to buy and will built into the Amazon mobile app. Users can take a picture or upload an image and StyleSnap will use machine learning to “match the look in the photo” and find similar items for sale on Amazon.com.

Emerging markets e-tailer GFG prepares for IPO. Asia and Latin America focused online retailer, Global Fashion Group (GFG), has yet to make a profit and is preparing to list shares in Frankfurt to raise funds for further growth. GFG, valued at €1 billion with 11.2 million active customers, has grown rapidly in the last decade, particularly in developed economies with strong logistics networks. GFG, which operates The Iconic, Zalora, Dafiti and Lamoda platforms, said it was planning to raise about €300 million ($335 million) from the sale of new shares.