PARIS, France — “When I arrived, the brand was very tricky and different to what it is today,” says 34-year-old Belgian creative director Glenn Martens, who was tasked with revitalizing Parisian men’s and women’s label Y/Project — along with the brand’s co-founder, business partner and principal backer Gilles Elalouf — after the 2013 death of co-founder and former creative director, Yohan Serfaty.

“It was a very beautiful but dark brand, like Rick Owens, but when Gilles and I talked it became quite clear that this vibe wasn’t something we should be doing anymore,” says Martens. “Only then did I agree to take over the brand.”

Since then, it has driven strong momentum. Y/Project — known for conceptual collections which blend youth culture with historical references — was a finalist for the LVMH Prize in 2016, won the ANDAM Award in 2017 and has attracted 150 stockists, up from 12 in 2013, along with celebrity clients such as Rihanna, Chloë Sevigny and Gigi Hadid. 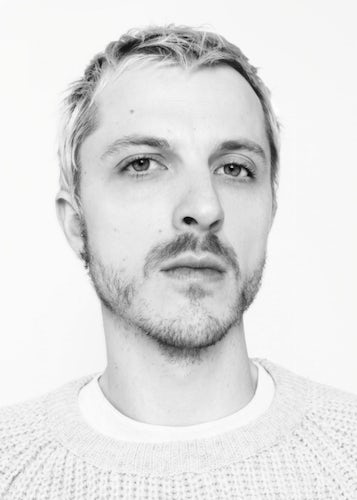 Martens trained as an interior designer and stumbled into fashion “by accident” during a trip to Antwerp. “One of the buildings we visited for its architecture was the Royal Academy of Fine Arts,” says Martens, who quickly became intrigued by the school and enrolled into its prestigious fashion design programme in 2004. “I arrived there with a portfolio of chairs and kitchens. I had no idea what fashion really was, I barely knew Alexander McQueen or Karl Lagerfeld, so the first two years were very rough.”

Martens quickly learned the craft and graduated first in his class. After a stint at Jean-Paul Gaultier, where he worked as a junior designer on the women’s pre-collections as well as the men’s G2 label, he became Serfaty’s first assistant, but left to freelance for brands such as Weekday, Bruno Pieters and Hugo Boss.

By February 2012, Martens was ready for his next move and launched a womenswear brand under his own name. The line attracted 12 stockists including Opening Ceremony, but shuttered after three seasons when Martens was approached by Y/Project. “[Gilles Elalouf] had asked the Chambre Syndicale about potential designers that could take over Yohan’s legacy. I was recommended,” explains Martens.

Marrying his design aesthetic with his predecessor’s original vision was not easy. “I did this for two reasons. First, in respect of Yohan and secondly, I did it to keep our stockists happy. Every season, however, I come closer to my own aesthetic,” says Martens.

“Bruges, my hometown, had a major impact. They call it the Venice of the North. I got obsessed with its history, but just like Venice, the city suffers from the side effects of mass tourism,” explains the designer, who notes the clash of the city’s impressive gothic architecture and rich history with its kitschy food stalls, souvenir shops and neon lighting. “You have to look at it in a different way. I found charm in the beauty and in the ugly. It’s about this duality of the aggression of the street and [the city’s] classic elegance,” he adds. 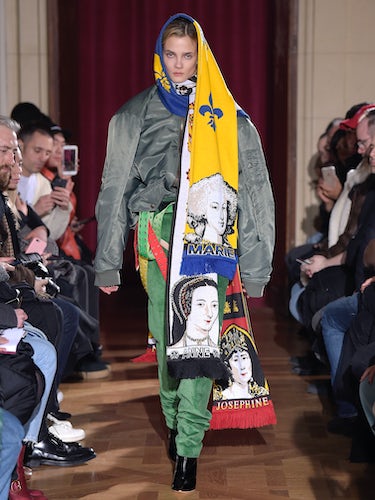 Within two years, this collision of high and low culture had become Martens’ signature design aesthetic. This reflected most obviously in pieces like the oversized merino wool-blend football scarves with jacquard graphics of historical figures like Marie Antoinette, Louis XIV and Joséphine de Beauharnais ($385) and the merchandise-inspired hoodies with graphics of Napoleon ($955) for Autumn/Winter 2017.

However, subtler references that can be found in the construction, fabric and sizing of the products are what’s currently driving the brand forward. It can be found in the multi-layered jeans with antique brass-tone hardware ($550) or the deconstructed, faux-shearling denim jackets ($1,200), which come with additional padding to reflect the opulence of the Renaissance.

“[At Y/Project,] we want to be an eclectic brand. You have your streetwear, couture, the more tailored pieces, the unisex items, etcetera. Through this diversity, I don’t want to focus on one type of customer,” says Martens. “A lot of brands today are thinking about building an ‘army’ and that by wearing a piece of that designer it makes you a member of that ‘army’. With Y/Project we try to push individuality. I want my grandmother to wear it, as well as a club kid.”

This ethos has resonated with influential stockists like Barneys New York, Selfridges, Galeries Lafayette, Ssense, Machine A and H. Lorenzo, who have all paid more attention to young Parisian designers since a new guard of emerging talent, including Vetements, Jacquemus, Aalto, Koché and Marine Serre spearheaded a shakeup in a city best known for its luxury megabrands and strict sartorial traditions.

“The turning point when we really started to see growth was when we started showing womenswear on the catwalk three seasons ago. It had a much bigger impact than I expected,” says Martens. As a result, the brand grew its turnover from €1 million (about $1.19 million) in 2015 to €3 million (about $3.57 million) the following year. By the end of this year, the designer expects sales to hit €5 million (about $5.96 million). The company now employs 15 people, working across design, production, marketing and finance. 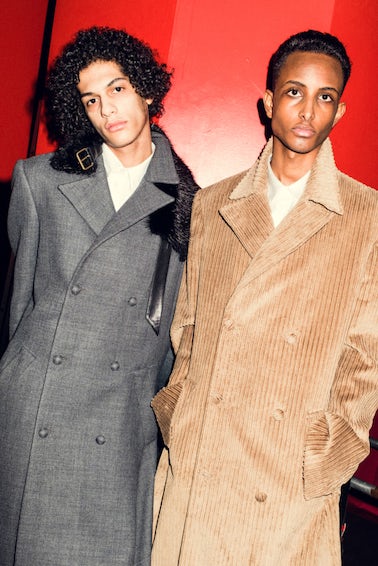 In June, Y/Project won the prestigious ANDAM Award, netting €280,000 (about $333,000) in prize money and mentorship from Saint Laurent chief executive and president Francesca Bellettini. “We’re like juniors and still learning, so having this consultancy from Francesca is priceless. To be part of the family of winning designers is very rewarding,” says Martens.

“We are very aware that at the moment we’re very hyped, which is great, but at a certain point you want to settle down and become a proper house,” he says. “The strategy is to have a product which is a bit more finalised and which goes more towards luxury,” To achieve this, Martens plans to reinforce his team by hiring a diverse mix of specialists, including couture and lingerie experts.

Martens also plans to scale the label’s product offering. “We’re not going to make pre-collections but at the moment around 40 percent of the collection is overlapping, meaning that you’ll see the exact same piece on a man as on a woman, just styled differently,” says Martens. “We introduced shoes [for women] last season. Now I want to push our accessories like bags and jewellery, as well as footwear for men.” Y/Project has also found new factory partners in France and Portugal.

Getting into key doors will be another big focus for the designer as he aims to broaden his appeal. “Going to bigger players like MatchesFashion and Browns is [also] part of the strategy. Our products are very accessible to different people and if you want to be respected you need to be in these stockists,” says Martens.

But growing sustainably is critical for the designer. “We’ve been growing slowly but for a long time. We don’t try to rush into things… You need to be true to yourself and work hard, because if you always focus on the negative you’re going to get stuck,” he says. “The reason why things worked for me is because I believe in individuality. It’s important internally that we have fun, so that’s my main focus.”