The Canadian Arts & Fashion Awards — which honoured Iris Apfel, Erdem and BoF’s Imran Amed, among others — draws international attention to Canadian fashion visionaries working at home and abroad. But the organisation has bigger ambitions.

The Canadian Arts & Fashion Awards — which honoured Iris Apfel, Erdem and BoF’s Imran Amed, among others — draws international attention to Canadian fashion visionaries working at home and abroad. But the organisation has bigger ambitions.

TORONTO, Canada — “I’m used to going to [events] where everyone is so used to everything,” said designer Jason Wu during the fourth annual Canadian Arts & Fashion Awards, remarking on the energy and excitement in the room. “It seems like something that’s really developing and something new.”

“I feel like [Canada is] unique and interesting to the rest of the world, we’re almost an untapped market,” said Chloé Gordon of Beaufille while accepting her award alongside sister and co-founder Parris. “We are so proud to be Canadian.” The label won the Swarovski Award for Emerging Talent in 2015, which included $10,000 and a mentorship program.

The CAFAs, as the awards are called here, were launched four years ago by Vicky Milner and Brittney Kuczynski to recognise Canadian designers and fashion visionaries both at home and working abroad. While the feeling of camaraderie has stayed the same, the crowd has grown: over 700 people were in attendance on Friday, including nominees, press, stylists, photographers and ticket holders from Toronto’s social scene. Notable names in attendance also included model Coco Rocha, Tanya Taylor (nominated for International Canadian Designer of the Year) and J.Crew’s Somsack Sikhounmuong, a CAFA jury member. Sophie Grégoire Trudeau, wife of the Prime Minister, sent in a video message toasting the crowd. Her attendance at the CAFAs in 2016 was a coup for the awards. 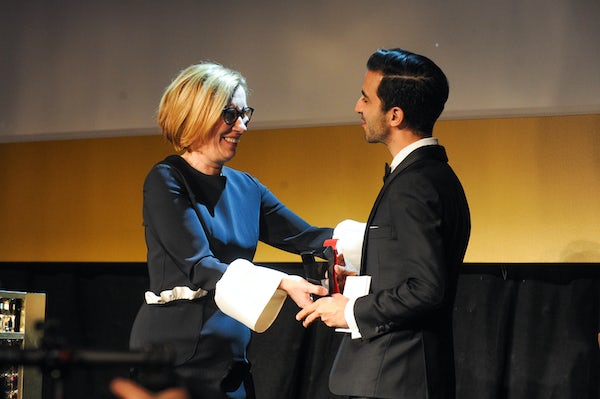 By bringing in global names like Wu and Erdem, the CAFAs aims to draw international attention and change perceptions about Canadian fashion. “A lot of people think of Canada as the wilderness and igloos and lumberjacks,” said Susan Langdon, executive director of the Toronto Fashion Incubator and CAFA jury member. “We are so much more than that, we have outstanding talent and the CAFAs is a wonderful vehicle to get that message across to people in Canada and around the world.”

While Canadian fashion lacks a defining aesthetic that may cement its place on a global stage, its diverse range of talent reflects the country’s multiculturalism — a powerful symbol of inclusiveness as nationalism sweeps the US and Europe. “Providing a platform for creative expression is core to what we do at Ssense and in today’s climate, it has become increasingly important to celebrate the progressive ideals that can drive Canada forward.” said Rami Atallah, founder of Montreal luxury e-commerce company Ssense and 2017 CAFA Honorary Chair. “Canadian designers are extremely talented and creative but need more support with executing the business side — sourcing, supply chain, operations, distribution, and production. We try to provide guidance in these areas whenever possible because these are challenges many designers face, not only in Canada.”

“Four years ago when we came here, it seemed like a celebration of Canadian fashion, and now it seems much more important: it feels more about building communities and networks, attaching commerce and creativity,” said Dexter Peart, co-founder of Montreal-based Want Les Essentiels, the leather accessories brand he designs with brother Byron Peart, and CAFA jury member.

The CAFAs have also emerged as a unifying event in an increasingly fractured Toronto fashion landscape, which has historically competed for international attention with Montreal. In July 2016, IMG decided to no longer produce Toronto Fashion Week, which it had bought from Fashion Design Council of Canada in 2012. Several events have emerged in its wake, including RE/SET Fashion Toronto, a consumer-facing showcase; Toronto Women’s Fashion Week, produced for the first time in March; and FashionCAN, a series of runway shows and pop-up shops organised by CAFA and Yorkdale shopping centre. This season, these events overlapped with New York or Paris Fashion Week, making press and buyer attendance a challenge.

“We are quite spread apart as a country, so naturally there will be a lot different options and organisations that are doing their part, especially in their local communities,” said Milner. “I like to see us as this neutral body, an overarching body.” 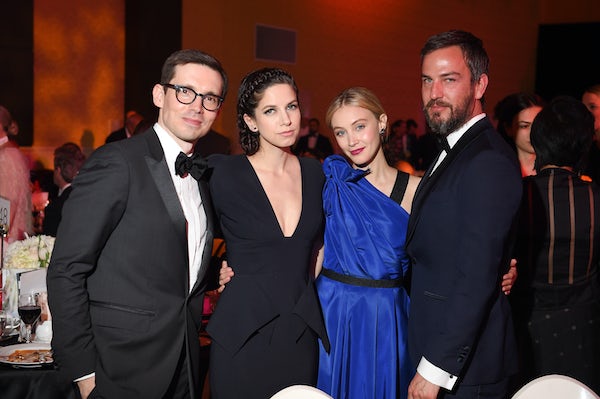 According to a 2014 report from consulting firm Nordicity, Canada’s fashion industry employs more than 12,800 people, exports products of about $2.5 billion in value and contributes $790 million CAD in gross domestic product (about $590 million USD) to the Canadian economy each year. Historically, the fashion industry has lacked government support, particularly outside of Quebec, where the Montréal region ranks third in North America in clothing manufacturing, according to 2012 data from the city’s fashion “cluster,” a term used to describe industries recognised by the the Québec government.

In its statement about pulling out of Toronto Fashion Week, IMG blamed lack of local commercial funding. Milner, who worked with sponsors including Sephora, Hudson’s Bay, Simons, Joe Fresh, Maple Leaf Sports & Entertainment, Swarovski and Facebook, among many others this year, has not had that experience. “I can’t speak to the economics of [what IMG does], I don’t know what that looks like, maybe there wasn’t support for that,” she said. “It’s a political double edge when you hear a statement like that. I was upset by it because people who aren’t working within the industry here who read that will think there’s nothing going on here and no one cares…. We have amazing support.”

As the largest department store in the country, Hudson’s Bay feels a responsibility to support the domestic industry. “This awards event tonight has grown so quickly,” said Liz Rodbell, president of Lord & Taylor and Hudson's Bay, who presented Amed with the Vanguard Award. “We really pride ourselves on forging forward.”

With that foundation of support, both financially and from the community, Milner plans to expand the CAFAs into a “year round organisation” that spearheads programming, networking and mentorship and hosts events around the country. On Thursday, it produced its first ever Fashion and Retail Forum to focus on business practises. Milner also hopes to organise a trip for Canadian emerging designers abroad, akin to the CFDA’s Americans in Paris program.

“My goal 10 years from now, 15 years from now, is to see the real legacy impact that an organisation like CAFA has created and has really changed people’s outlooks and opinions on the Canadian fashion industry,” said Milner. Though CAFA is a for-profit organisation, she said she may form a separate non-profit arm in the future and is focusing now on partnerships with non-profits. “Intrinsically, what we do is not-for-profit,” she said. “Everything we do, we put back into building and building and building.”

Friday night, however, was about celebrating all the talent Canada already has to offer, from niche labels to mainstream brands. It’s part of the country’s growing cultural impact on the world. “It’s still the country of Drake and The Weeknd,” said Peart, name-checking two of the most successful musicians in the world, both from Toronto. “Now when you look at the music scene and you look at the food scene and you look at the arts and cinema, there’s no reason why Canada, if you put everybody together, can’t sort of coalesce around the talent that is here.”

"Many people today have asked me about Canada’s role in the fashion world," said Amed in his acceptance speech. "Right now, the world needs more Canada: its multiculturalism, its respect of pluralism and diversity. These were the things that shaped the global perspective that sits at the very heart of what we do at BoF — this is what can differentiate Canadian fashion on the world stage. Even as borders and walls are going up elsewhere, Canada remains open to the world, and the world remains open to Canada."

Disclosure: Chantal Fernandez travelled to Toronto as a guest of CAFA.