Cannabis for the One Percent

Retailers are vying to be the Net-a-Porter, Goop and Sephora of CBD, seeing the cannabis-derived product as the next big thing in luxury beauty. One obstacle: CBD is still not entirely legal.

Cannabis for the One Percent

Retailers are vying to be the Net-a-Porter, Goop and Sephora of CBD, seeing the cannabis-derived product as the next big thing in luxury beauty. One obstacle: CBD is still not entirely legal.

NEW YORK, United States — At Miss Grass, wellness junkies can stock up on $150 facial serum infused with cannibidiol (CBD), $55 hemp and sage honey and a rose gold CBD vape pen. None of these products will get you high, but they are definitely high end.

The market for luxury products made from the non-psychoactive parts of the marijuana plant is exploding. Inserting full spectrum CBD or cannabis sativa seed soil into everything from chocolate to moisturisers has gone from a taboo to the mainstream as dozens of US states remove prohibitions on pot. The products themselves have migrated from head shops to the beauty counter at Barneys New York almost as quickly.

Miss Grass, White Label CBD Market and Fleur Marché, which launches next week, are competing to be the Sephora, Goop and Net-a-Porter of cannabis. Plenty of traditional retailers, from Sephora to Neiman Marcus, are joining the green rush as well. They offer an increasingly vast mix of serums, tinctures, edibles and other products, with an emphasis on beauty and wellness that plays on CBD’s purported anti-inflammatory and anxiety-relief abilities.

“No one even understood what it was, and now it’s three letters on everyone’s tongue,” Cindy Capobianco, president and co-founder of Lord Jones, a line of ingestible and topical CBD-infused products. “We see cannabis as a revolution, we don’t see this as a trend or a hot ingredient.” 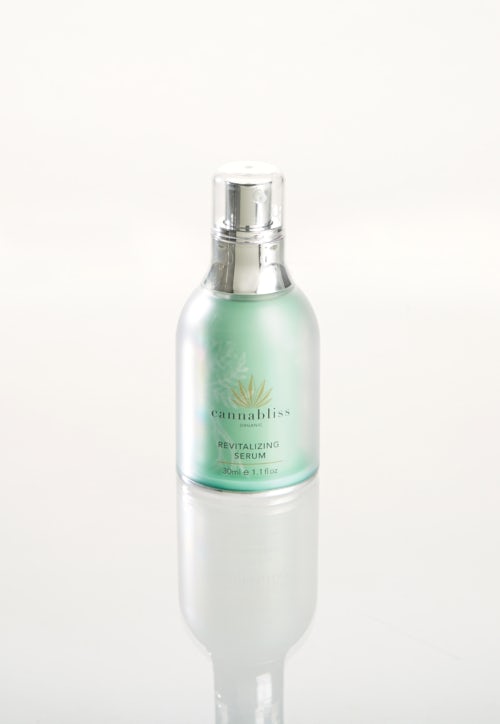 CBD is a chemical compound extracted from cannabis. Studies have shown that it may act as an anti-inflammatory and could address a host of skin concerns, though research on its effect on humans is in its infancy.

The federal government still considers CBD a controlled substance, along with tetrahydrocannabinol (THC), the cannabis compound that gives marijuana its high. However, the farm bill passed by the Senate earlier this week would legalize hemp-based CBD, and dozens of states have lowered or eliminated restrictions on cannabis use.

The rapid march to full legalisation sparked the recent gold rush, as mainstream retailers grew confident they could sell CBD products. The Brightfield Group, a cannabis market research firm, estimated that the US hemp-based CBD market will hit $22 billion by 2020, up from $591 million today, with beauty making up 7 percent, or $1.6 billion, of the total.

Lord Jones became one of the first CBD brands to launch on Sephora.com in October and last week, Neiman Marcus introduced eight CBD brands in its “trending beauty” shops in five locations including Sagely Naturals, Cannuka, Cannabliss Organics and Ildi Pekar. In November, Lab to Beauty launched exclusively at Barneys New York, making it the first CBD-based beauty line sold at the retailer.

Mainstream adoption by leading department and specialty stores signals a shift in consumer perception about cannibidiols, with more people aware of the distinction between CBD and psychoactive THC. Wrapping CBD in luxury trappings helps make that line even clearer.

Capobianco said it was critical for packaging to be “exceptional” in order to convey that Lord Jones was an “elevated” CBD line. These labels are targeting luxury retailers like Sephora and Neiman Marcus rather than the granola, mom-and-pop shops once synonymous with cannabis culture.

Luxury is core to Beboe, founded by Clement Kwan, a former Dolce & Gabbana and Yoox executive. The company recently added a CBD-only vaporiser alongside its rose-gold THC range, and is exploring adding beauty and wellness products, Kwan said.

“Whatever we build, next to whatever product is out there … does the quality hold up next to something non-cannabis or CBD related?” he said.

Davey Napoli, co-founder of White Label CBD Market, which launched Tuesday, said his “Goop of CBD” sells product for people “who aren’t necessarily cannabis users as you would classically define that consumer.” Of the approximately 50 brands that will be sold on the site by February, 75 percent are beauty and wellness-themed, including Lord Jones and Allay, a line of CBD-infused body butters.

Fleur Marché, a multi-brand CBD retailer co-founded by Goop alums, launches in beta next week. Meredith Schroeder and Ashley Lewis headed up Goop’s fashion and wellness verticals, respectively, before turning their attention to “reposition cannabis as a wellness tool,” said Lewis. They want to create a retail vibe more akin to a high-end beauty store that focuses on CBD’s wellness benefits than a smoke shop where people go to get high.

All of these products and retailers are launching even as CBD remains in a legal gray area.

The $867 billion farm bill includes language that would legalise hemp, a cannabis plant with less than 0.3 percent of THC, the legal limit. If passed by the House and signed by President Donald Trump, CBD derived from hemp would be legal to grow and sell nationwide. However, the bill doesn’t specify if CBD made in a lab or extracted from the marijuana plant or yeast would also be legal. The Drug Enforcement Administration in September moved CBD from Schedule 1 – a category that includes heroin and LSD – to Schedule 5, alongside prescription cough syrup and other low-risk, but still heavily regulated drugs. Many banks and online payment services don’t accept CBD transactions. 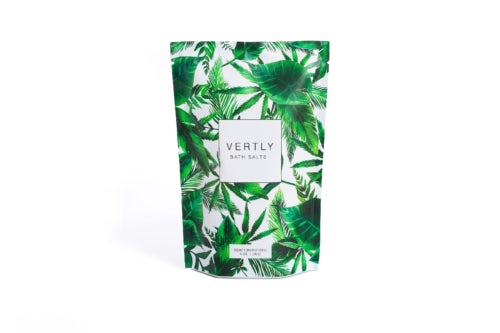 In order for Barneys New York to sell CBD products, for example, brands have to disclose who grew their hemp, which also has to be tested to ensure it has less than a 0.3 percent concentration of THC to guarantee the product will be used for its anti-inflammatory – rather than psychoactive – effects.

“The extra steps [retailers] need to be taking in order to legally sell CBD shows that they’re investing in this … for a Sephora or a Neiman Marcus, that’s a huge lift,” said Verena von Pfetten, co-founder of Gossamer, a cannabis lifestyle magazine.

Similar to other newly trendy beauty categories, including “natural” and “clean” products, there are few regulations covering what CBD products contain – other than THC – or how they’re marketed. Items containing the full spectrum of cannabinoids found in the hemp plant are marketed almost identically to those formulated with pure cannabidiol, or even products derived from cannabis sativa seed oil, which contains no CBD.

“We found some products that vaguely said [they contain] CBD but in the end really didn’t have that ingredient,” said Jennifer Miles, senior vice president and divisional merchandise manager for cosmetics at Barneys New York. “We’re really looking at every brand and every ingredient. ”

In addition to Lab to Beauty, the retailer plans to sell Vertly, a range of lip balm, lotion and bath salts made with hemp-derived full-spectrum CBD. Miles said Barneys is in talks with three or four other brands.

The lack of clarity is one reason most CBD players are small upstarts or independent lines that have built entire brands based on the ingredient. Some mainstream beauty labels, including Milk Makeup and Origins, have begun to play in the space by adding a product or two made with some part of the cannabis or hemp plants like cannabis sativa seed oil. Neither Milk Makeup's Kush Mascara or Origins' Hello, Calm Relaxing & Hydrating Face Mask contain any CBD. 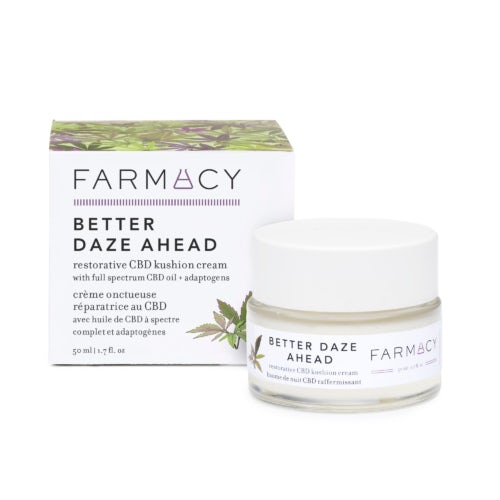 Some CBD sellers put their ingredients front and center, much like conventional beauty and skincare brands. The Lord Jones High CBD Body Lotion contains 100mg of CBD vs. 200mg. Each pump dispenses 1ml of lotion containing 2mg of CBD.

Dr. Jeff Chen, founder and director of the UCLA Cannabis Research Initiative, said the distinction between cannabis-derived products is irrelevant until the effect of CBD on humans is proven. Studies have shown CBD reduces swelling in the paws of mice and inhibited the growth of bacteria in a controlled lab environment. A few studies are underway to test CBD’s use on human skin, but even if they show results, more research will be needed, Chen said.

“Even if it did work, what is the dosage? Is it 5 mg, is it 500 mg? How much do you actually need?” he said. “The good news is there’s minimal to no downside, and the legal risk is pretty much zero now.”

CBD entrepreneurs aren’t waiting for the scientific community to weigh in.

David Chung, chief executive at Farmacy, a “farm to skin” brand sold at Sephora, is applying for a state license to grow hemp and cannabis plants on a 140-acre farm in Catskill, New York. Farmacy plans to launch four CBD products at Sephora starting in the spring with Better Daze Ahead, a $48 moisturiser.

Chung said he’s been plotting his entry into the CBD market for over three years.

“In China, our acupuncturists and herbal medicine people have been using CBD for years, it’s just that in the US it’s been underground,” he said. “It’s been sleeping. I wanted to invest money in this and get it to the mainstream.”

Is Marijuana the Luxury Industry's Next Big Opportunity?