The French editor is launching her first international edition for CR Fashion Book with Hearst this autumn. 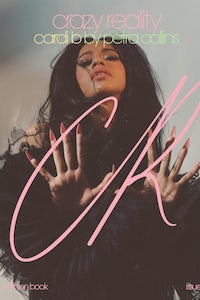 The French editor is launching her first international edition for CR Fashion Book with Hearst this autumn.

“I have a special relationship with Japan,” Roitfeld tells BoF, fondly recalling the time she spent there working with Uniqlo on her collaboration collections in 2015 and 2016. “It’s a country that still likes magazines. They have the best bookstores with lots and lots of magazines.”

CR Fashion Book Japan will launch this autumn through Hearst Corp.’s subsidiary Hearst Fujingaho, deepening a partnership between the former Vogue Paris editor's biannual title and the New York-based publisher that dates to 2016. Hearst hosts, syndicates and sells advertising against CRFashionBook.com, while also printing and distributing the print edition (through a joint partnership with Condé Nast).

The Japan edition — which will feature a larger format and translated content from the American edition with one additional editorial and a different cover image (but the same cover star) — will be followed by the launch of CRFashionBook.com/jp. Online, translated content will be supplemented by news and local coverage produced with the Hearst Fujingaho team, and shared across Hearst’s international sites.

Roitfeld’s son Vladimir Roitfeld — the president of CR Fashion Book since the magazine parted ways with its former publisher, Stephen Gan’s Fashion Media Group — has been working on making the Japanese edition a reality for over a year. He started the conversations with former head of Hearst Fujingaho, Yves Bougon, who recently left for Condé Nast France. Chief operating officer Nicolas Floquet has been promoted to president to succeed him.

As more advertising shifts online, the business of independent magazines has become more challenging and competitive; often the cover price pays for distribution and printing and not much else, and close ties with advertisers are key. Roitfeld's ambitions for CR Fashion Book, however, remain high. Her goal is to one day publish four issues a year for both men and women. Signing Hearst on as a “godfather,” as she describes the publisher, has helped by bringing more visibility to the brand online. “We grew up a lot,” she said.

For CR Fashion Book, the move into Japan is part of a broader redesign and expansion. Issue 13, due September 13, will reveal a visual “refresh” with new layouts and fonts, as well as “fresh blood” in the form of new photographers.

The time is right for new talent behind the lens: following reports by the New York Times and Boston Globe of sexual impropriety by photographers Bruce Weber, Mario Testino and others towards models and assistants, Condé Nast and several brands including Michael Kors said they would stop working with these men. The photographers all deny any wrongdoing.

Roitfeld, a frequent collaborator of Weber’s who has worked with Testino on other projects, said she is also not working with them at the moment.

“It is very sad for the people who were hurt,” she said, adding that she was not aware of anything improper happening on her sets. She thinks there it's possible more stories are still to come out.

When asked if she thinks she will be able to work with Weber again, Roitfeld said it will be difficult.

She added that this era of transparency is good for fashion, expanding the definition of beauty and increasing diversity in magazine pages.

“Everyone is [more] aware,” she said.