The New York-based Chinese fashion designer and self-described ‘daily couturier’ was praised by jury members for her outstanding artistry and entrepreneurial potential.

The New York-based Chinese fashion designer and self-described ‘daily couturier’ was praised by jury members for her outstanding artistry and entrepreneurial potential.

SHANGHAI, China — Caroline Hu was named the winner of the inaugural BoF China Prize, in partnership with Yu Holdings, on Friday evening at HKRI Taikoo Hui during Shanghai Fashion Week. Hu beat five other emerging Chinese fashion designers and design duos to win a slew of prizes including US $100,000, a coveted slot at London Fashion Week in September and mentorship from the extended BoF network including companies such as Lane Crawford, OTB and Reebok.

“I’m really happy,” Hu enthused. “[But] I’m really surprised by the result... I really need the financial support though! I have more confidence to build up my brand now.”

“Each dress takes maybe a minimum of six days,” she added, suggesting that winning the BoF China Prize could help her invest in a much-needed team and ways to make her price point more affordable. “I also have a plan to build a handmade studio and to keep some couture pieces. For my next collection, I will add more that a factory could produce.” 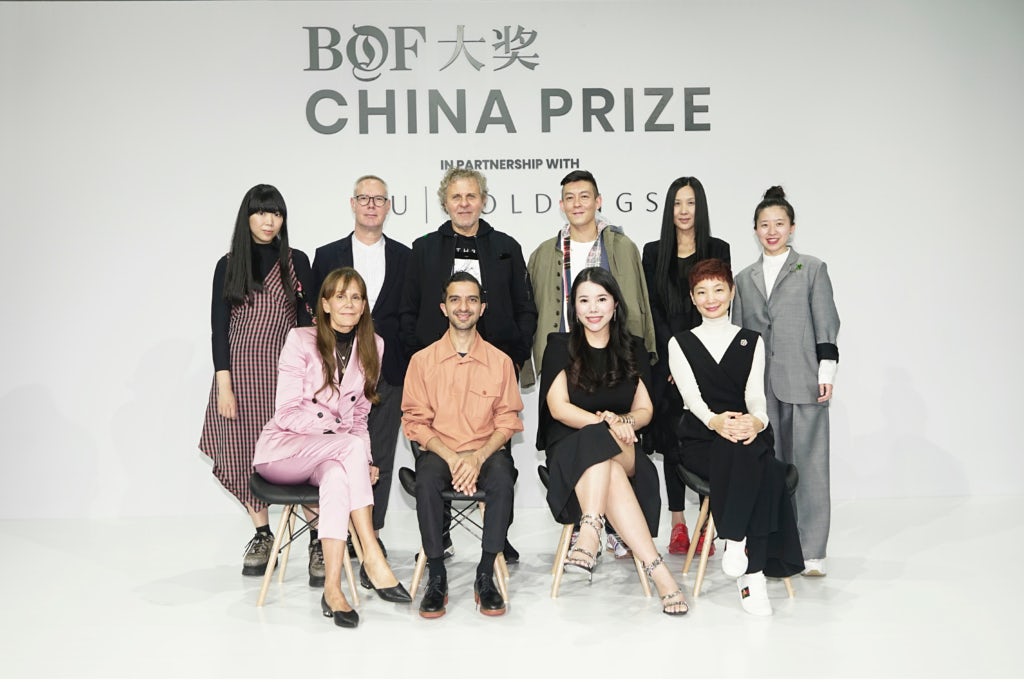 Wendy Yu, BoF China Prize partner and founder of Yu Holdings, presented the award to Hu in front of an audience of 500 guests including senior fashion editors and industry executives.

“This is just the beginning," she said. “We look forward to your London Fashion Week presentation in September and providing our ongoing support.”

“We believe in creatives [like Caroline],” said Lv Xiaolei, also known as Madame Lu, vice secretary general of Shanghai Fashion Week, who serves as special advisor to the prize.

“But the key to cracking the Chinese market is maintaining the right balance. I really hope that BoF and the mentors can help [Caroline] seek out the best retailers and educate about the consumer.” 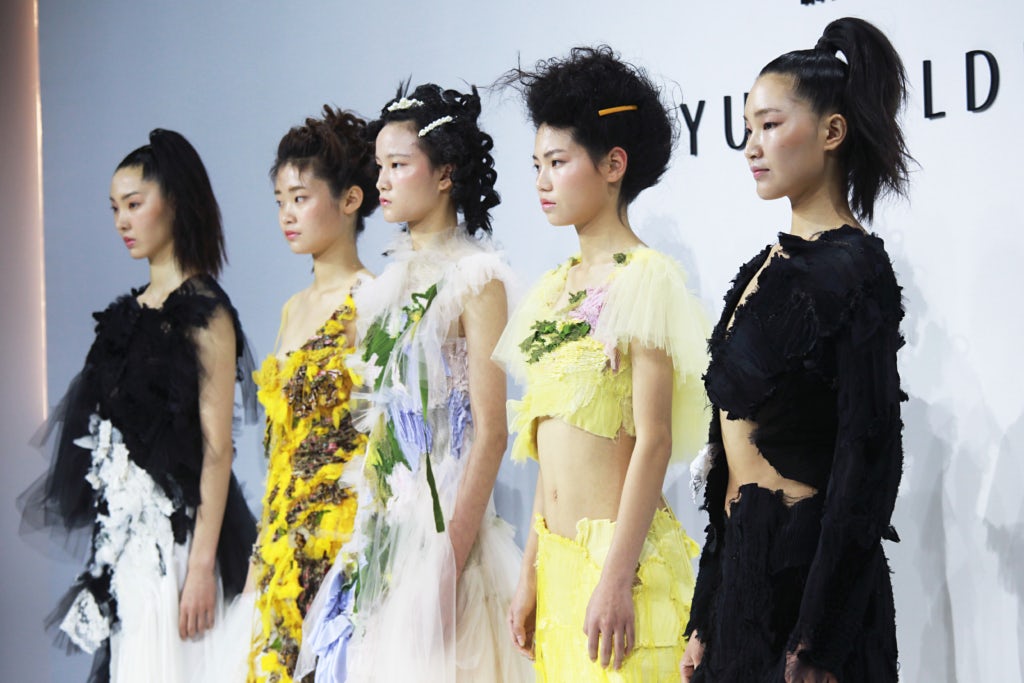 Hu graduated with a BA in womenswear from Central Saint Martins and an MFA in fashion design and society from Parsons School of Design. Having worked at Tory Burch, Alexander Wang, and Jason Wu, Hu launched her eponymous brand in 2018, making ‘romanticism’ its DNA.

Earlier in the day on Friday, she and the other finalists presented five looks to a jury of industry heavyweights. As Hu took to the stage, she whispered, “Sorry, I lost my voice. It’s fine, I will try my best. I’m from Shenzhen and I’m based in New York. Yeah. That’s my collection.” 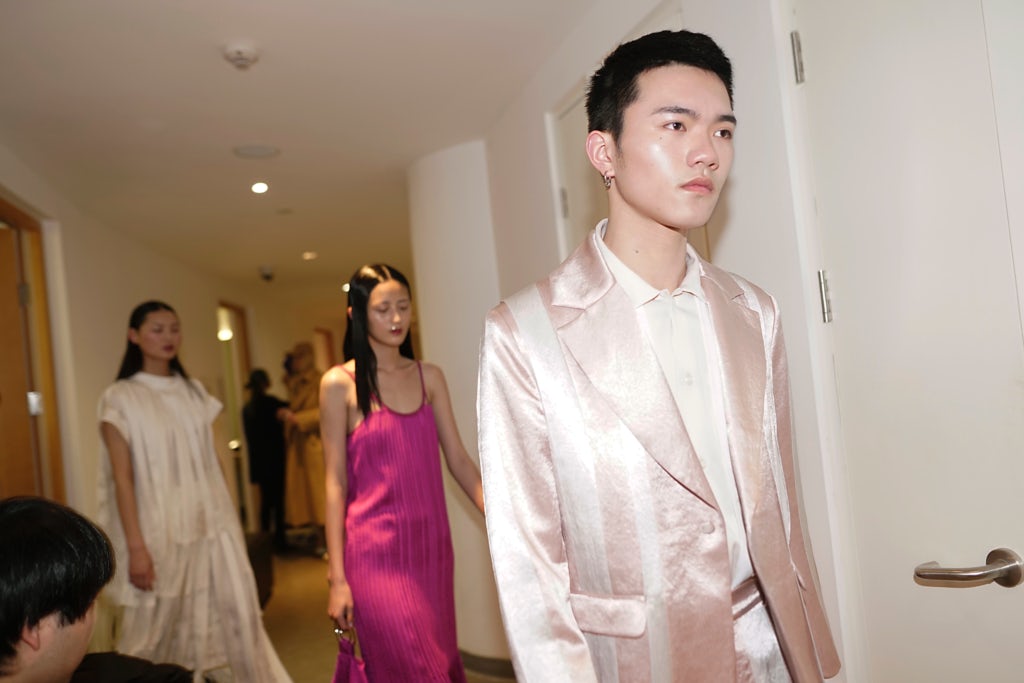 What followed — five meticulously hand-crafted gowns interwoven from silk, tulle and lace using different smocking techniques — wowed the judges. Looks all in black, which she made with 20 different black fabrics, and those incorporating hues such as moss-green and rose-petal peach were equally impressive.

Hu took inspiration for her Autumn/Winter 2019 collection from Matisse’s “Women Reading,” and said that she herself was “sometimes like an artist.” Dressed in huge owl-eyed glasses and simple black layers, her own look bore little relationship to her designs. “I’m like white paper,” she said, “and I put all my passion into my work.” 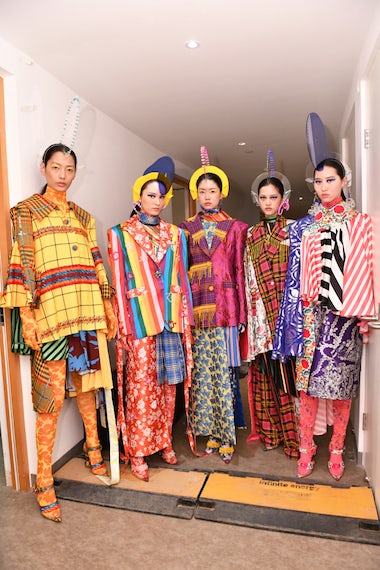 “If you want to build a business, you can’t make every dress [yourself],” Amed cautioned Hu, a sentiment that jury member Edison Chen echoed.

“You have to find the happy balance between the financial and the creative, which is the worst part,” Chen joked. “It’s the worst part for me too. But I think there are certain elements you can apply to pieces that can be worn not to a couture show.”

Amed reiterated the point he made when the prize was launched last year. “With our own growing BoF China team based in Shanghai, we’re in a unique position to help identify, nurture and elevate young designers with global potential. We believe there’s both a growing need and an important opportunity to introduce emerging design talent from China to the wider fashion community around the world,” he said, noting that BoF will mark the fifth anniversary of the launch of its Chinese-language edition BoF China later this year. 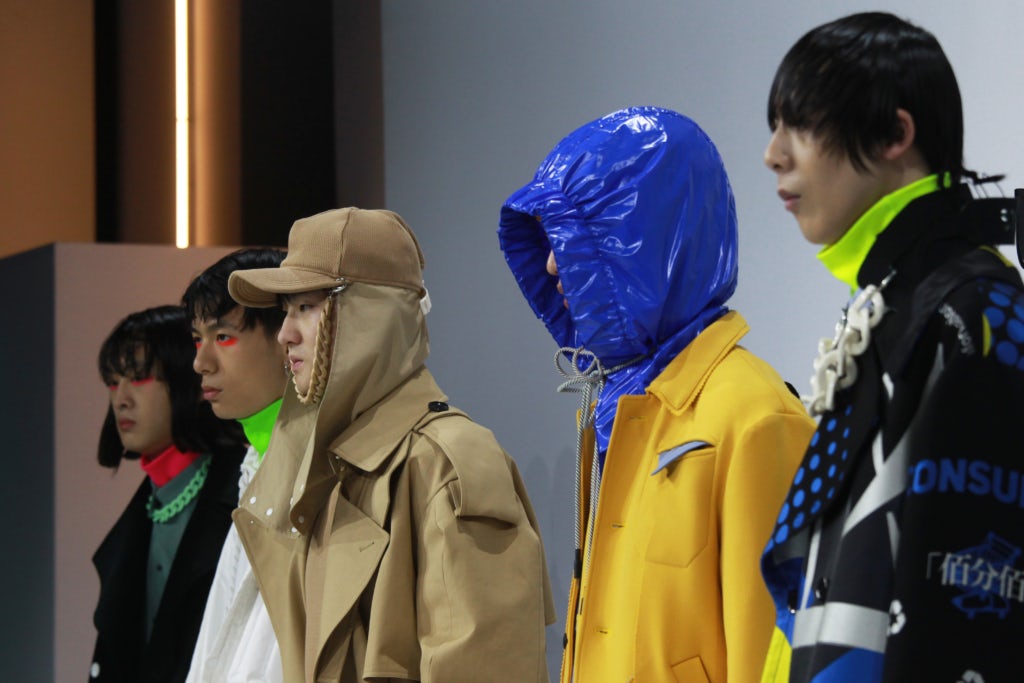 Although they weren’t the jury’s ultimate choice to win the prize, the five designers and duos that showed alongside Hu demonstrated the strength and breadth of aesthetics and approaches among young Chinese designers. The finalists were selected from over one hundred submissions. Reebok will support all six BoF China Prize finalists in their next phase of development. 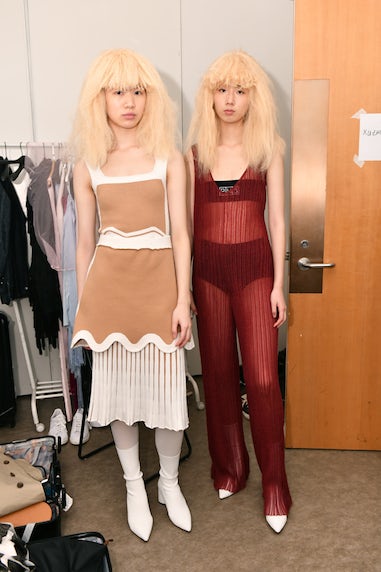 The biggest spectacle was put on by Staffonly’s Zhou Shima and Une Yea. Their models were smart phone zombies with light up grills inspired by China’s omnipresent consumer culture and the delivery networks that power the country's e-commerce industry. The looks incorporated subtle jokes, like a trench coat belt lined with what looked like packing tape.

“The inspiration is from a piece of news: parents are really worried about their children not getting married until an older age,” said Une. “To help people get married, they are sharing their [online] shopping histories.”

PH5’s Zhang Mijia and Lin Wei showed high-tech knitwear developed in Wei’s mother’s factory in Dongguan. Judges admired their approach, including the sustainability of their zero-waste designs, but asked whether they could grow into an industry giant focusing only on knitwear. Already PH5 is charting a unique course, however, having embarked on unusual collaborations with car-maker Mini and creating straps for Fitbit.

Li Yushan and Zhou Jun said they created their label Pronounce in 2016 because they couldn’t find clothes they wanted to wear themselves. Their looks included a crimson Mao suit, blazers, and pants that incorporated narrow strips of fluorescent trouser lining reappropriated as decoration, giving a nod towards sportswear. 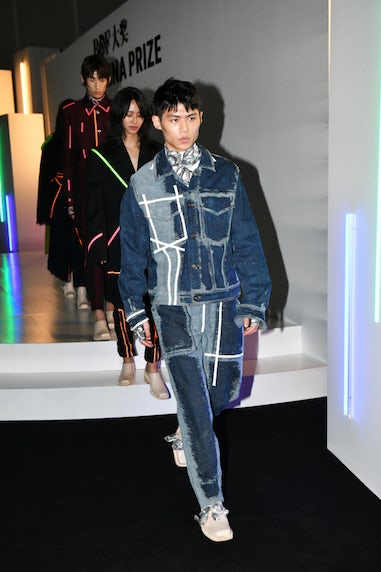 Judges praised their ability to reach influencers, but Li said, “That wasn’t a strategy. They like our stuff and they like us.”

Ultimately, however, Amed summed things up when he concluded the interview with Hu during the judging of BoF China Prize winner Caroline Hu.

“Caroline you’re a star,” he said.