In today's News Bites, Charlotte Stockdale denies a report that Apple chief design officer Jony Ive is an investor in her accessories brand, Chaos, plus a first look at Marques’Almeida's new interactive campaign. 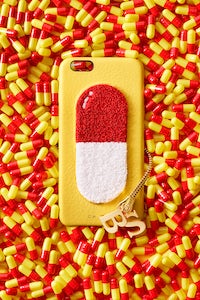 In today's News Bites, Charlotte Stockdale denies a report that Apple chief design officer Jony Ive is an investor in her accessories brand, Chaos, plus a first look at Marques’Almeida's new interactive campaign.

Charlotte Stockdale has denied a report that Jony Ive is an investor in Chaos.

An article in The Sunday Times this weekend stated that Ive was one of the biggest financial backers behind Chaos, the accessories brand launched by Stockdale and longtime styling partner Katie Lyall in November 2016.

However Stockdale tells BoF that there has been no investment in the company. "We can categorically state that we are self-funded still at this point and no one has invested in the company," she says.

Chaos, which shares a name with Stockdale and Lyall's consultancy business, has become a favourite among fashion insiders for its brightly-coloured, monogrammed deerskin iPhone cases. And while the report of Ive's investment was unfounded, the connection with Apple doesn't end there: Stockdale is married to designer Marc Newson, a colleague and friend of Ive. — Tamara Abraham

Marques'Almeida has launched an interactive website as its latest campaign.

The London-based label's new digital campaign was created in collaboration with Ohlman Consorti, art director at Vogue Paris. It takes the form of an interactive website, designed by Consorti, which features a map of imagery that is revealed by scrolling in every direction and marks a directional take on traditional marketing content and advertising imagery. 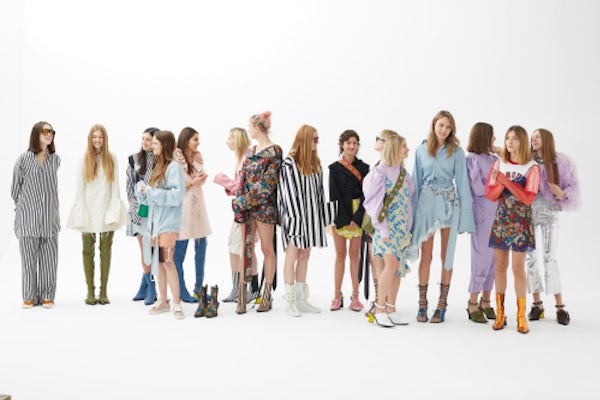 “We believe that realism is the future fashion and we need to move it forward,” explained Marta Marques, one half of the design duo. “The shoot took place over a few hours and it was Rita Tavares, our brand director, and me taking the photos. Because we’re not photographers, we ended up with folders and folders of images and we decided to use them all and create something interactive.”

Marques and her co-designer, Paulo Almeida, were keen to take a different approach to marketing, and part of the campaign is a mosaic of images of customers wearing their pieces on social media.

We wanted people to get involved rather than just a campaign that you are a spectator of in a magazine.

“The whole thing came from talking about what feels relevant and what kind of traditional things we need to leave behind. We wanted people to get involved rather than just a campaign that you are a spectator of in a magazine."

The models in the campaign are the roster of friends and collaborators who walk in the label’s London Fashion Week show, photographed in natural light without hair or make-up. “They make the clothes make sense,” added Marques. “Having this group of ‘M’A girls’ has made us braver as designers and how they viewed the brand changed the way that we see it.” — Osman Ahmed