The news network’s head of social media will replace Cindi Leive as the head of the magazine. 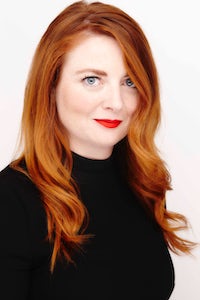 The news network’s head of social media will replace Cindi Leive as the head of the magazine.

Condé Nast, the publisher of Glamour, confirmed the appointment.

The news follows an extensive search that lasted longer than anticipated. In September, editor-in-chief Cindi Leive announced she would step down from the role after leading the magazine for 16 years.

Originally from Ireland, Barry, 36, joined CNN from BBC World News in London, where she was a social media producer and journalist. As CNN's executive producer for social and emerging media since 2014, she oversaw the social teams across all CNN bureaus and developed editorial strategies for teams working across platforms. At Condé Nast, she will be responsible for the Glamour brand and content, as well as consumer experiences. Her start date is January 15.

Anna Wintour, artistic director of Condé Nast and Vogue’s editor-in-chief, described Barry as Glamour’s “first digital-native editor." (Wintour and Barry have a prior relationship, having been spotted together for several years at fashion shows and events, and share a close friend in Amal Clooney.)

“As an editor she has led all manner of news coverage from the 2016 presidential election and the horrific Las Vegas mass shooting to the love story voicemails and the 2018 New Year's Eve festivities,” Wintour continued in a statement. “Sam understands social media as a tool for storytelling and reporting; a way to support social conversation and the ever-changing contours of what’s cool. Sam is fearless, like so many leaders of the moment, and has both a reverence for Glamour’s history and a crystal clear view of its future in the digital environment.”

Barry’s appointment comes at a turning point for the legacy publisher, which said goodbye to two of its longest-standing editors in 2017: Leive and Vanity Fair’s Graydon Carter, who was succeeded by Radhika Jones from the New York Times in December. Both Barry and Jones were not among the most speculated names for taking over their respective titles, signalling a desire by Condé Nast to think outside the obvious choices for leading a magazine brand. At Glamour, rumoured candidates included Teen Vogue’s Elaine Welteroth and Cosmopolitan.com’s Amy Odell.

With a total paid and verified circulation of 2.3 million as of June 2017, Glamour was once the publisher’s most lucrative media brand. Newsstand sales decreased to about 82,500 per month in June 2017, from 431,000 five years prior. In November, Condé Nast reduced the frequency of several of its print titles, reducing Glamour to 11 issues per year. In December, British Glamour shifted to a digital-first platform strategy, reducing its print frequency to twice a year.

Barry’s social media experience will prove to be a useful skill for bringing the fashion and beauty-focused magazine into the fast-paced online conversation, especially as news and politics and feminism have become a larger focus for women’s general interest and lifestyle titles since the election of Donald Trump. Taking controversial positions and diving into topical discussions proved to be a resonant strategy for Teen Vogue in the last year, as the brand grew its online audience to over 9 million monthly unique visitors. As of October, Glamour.com counted an audience of 7 million.

Politics and activism were front and center at Leive’s final Annual Women of the Year Awards, Glamour’s tentpole event in November. The event focused on the #MeToo movement that has emboldened women across industries, especially Hollywood, to speak out about sexual assault and misconduct, and featured Congresswoman Maxine Waters, actress Nicole Kidman, Planned Parenthood’s Cecile Richards and activist Anita Hill. Barry's CNN experience will also likely prove important for attracting major names from across industries to Glamour events in years to come.

“I am as humbled by Glamour’s past as I am excited about Glamour’s future,” Barry said in a statement. “I could not be more proud to take the reigns of an iconic women’s brand at this pivotal moment for all women’s voices. For me, Glamour is the home of strong storytellers, insightful journalism, beauty and fashion. I look forward to building on the brand’s success, and sharing Glamour with audiences everywhere.”

“As we continue to innovate our content and distribution to reach next generation audiences, it is critical that our creators understand the symbiotic relationship between the audience, content and the best platforms to deliver each story and experience,” said Bob Sauerberg, Condé Nast’s chief executive and president. “Samantha’s fluency in connecting with consumers in digital, social and video will give Glamour fans the content they love, and in ways that are most meaningful to them.”