Thursday is “drop day” at Supreme. For the New York streetwear juggernaut, that means big queues at stores and online, as fans of the brand snap up the latest limited-edition product, which the label drip feeds in tightly controlled weekly releases.

Now, a stone’s throw from the label’s original Lafayette Street store in New York’s Soho, luxury labels are tapping the aesthetic and business model of streetwear to stay relevant with a new generation of consumers. But sneakers, graphic t-shirts and drops are only part of what makes a successful streetwear brand work.

The real magic goes much deeper: Supreme drives fans into a frenzy not simply because of its design aesthetic or savvy product releases, but because it means something more than just looking cool.

A Supreme t-shirt is more than a fashion item. It's a signifier of belonging. It’s a marker of membership in a tribe of people that have common beliefs and a shared identity.

In short, at the core of Supreme’s power to drive demand for its products is its ability to cultivate a community. It’s the critical ingredient that turns drops into rituals, and t-shirts into trophies.

Much of this can be traced back to Supreme’s skater-inflected countercultural roots and the crew of downtown misfits who, starting in 1994, congregated at the original Lafayette Street store not to buy product, but to hang out.

To be sure, traditional luxury goods are powerful signifiers of status that reflect belonging in the social hierarchy. But when was the last time anyone hung out at the Hermès store?

Perhaps more than any major luxury brand, Gucci has built community into its strategy. Chief executive Marco Bizzarri addressed this directly at the company’s Capital Markets Day last month, saying inclusivity was a mega-trend across all industries and that millennials were animated by “the possibility of being part of the tribe.”

Gucci's storytelling on social media aims to create the kind of shared experiences that foster community. And tellingly, some of the brand’s recent Instagram posts, featuring its Autumn/Winter 2018 campaign, come with captions referring to “Gucci’s tribe of outsiders.”

The brand even took a strong position on gun control in the United States in support of its millennial-heavy fanbase, pledging $500,000 to the March For Our Lives rally earlier this year.

How strong Gucci’s community actually becomes remains to be seen. But critically, the brand now stands for something worthy of belonging.

Since taking the creative reins, designer Alessandro Michele’s work has always meant something more than just fashion. His maximalist designs and casting choices have underscored his belief in the power of self-expression, identity fluidity and a motley crew of beautiful eccentrics. Otherwise put: you can be whoever you want to be.

Now, that’s an idea worth lining up for. 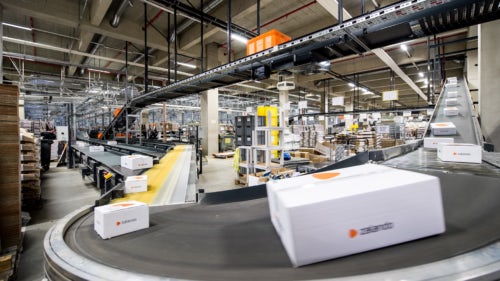 Zalando trims outlook after a disappointing quarter. Europe's biggest pure online fashion retailer reduced its sales and profit outlook for the full year after quarterly results fell short of analyst expectations. Co-chief executive Rubin Ritter said the fashion market remained challenging in the quarter, but noted that key performance indicators were strong, including a rise in active customers to 24.6 million.

Walmart to launch Everlane rival. The yet-to-be named, direct-to-consumer apparel basics label — more pointedly toward Gen-Z than Everlane, and boasting even lower prices — will come out of the big box behemoth’s brand incubator in New York. Andy Dunn, founder and chief executive of men's apparel brand Bonobos, which Walmart acquired in 2017 for $310 million, is leading the charge on the project.

Jimmy Choo sales help Michael Kors beat estimates. Sales at the Jimmy Choo brand came in at $172.7 million, beating analysts' average estimate of $143.65 million, benefiting from a shift in the timing of certain wholesale shipments from the second quarter to the first. Meanwhile, net income attributable to Michael Kors rose to $186.4 million, or $1.22 per share, in the quarter ended June 30, from $125.5 million, or 80 cents per share, a year earlier. 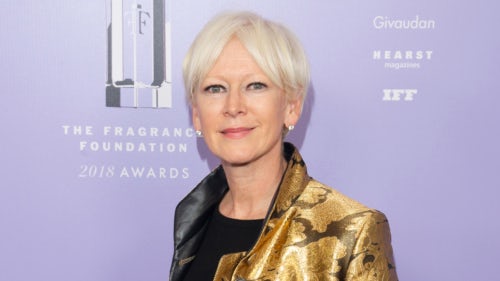 Joanna Coles exits Hearst. Less than two weeks after Hearst Magazines named Troy Young as its new president, the publisher’s longtime editorial leader Joanna Coles announced her resignation. The chief content joined the company in 2006 as editor-in-chief of Marie Claire. Young promoted one of his digital executives, Kate Lewis, to succeed her. Lewis was previously vice president of content operations and editorial director of the digital media division.

Rag & Bone names new CEO. Founder Marcus Wainwright is stepping down as chief executive of the ready-to-wear label he founded in 2002. Nike veteran Stefanie Strack will assume the top position on September 10. Wainwright will take on the title of chief brand officer, overseeing the creative direction of the brand. Strack joins the ready-to-wear brand as it looks to reduce its dependence on department stores by boosting own-store and online sales; as of early 2017, wholesale made up 65 percent of total sales.

Black women dominate September issue covers. September is the most prestigious issue in the magazine world, inside which advertisers are keen to showcase their Autumn/Winter collections. This year, readers who had previously felt underrepresented by mainstream fashion publications have responded positively to the numerous covers featuring black women, including Rihanna on British Vogue, Slick Woods on Elle UK and Lupita Nyong'o on Porter, among others.

Fung family invests in Indian e-commerce. Hong Kong’s supply chain and retail magnates Victor and William Fung have invested $35 million into Indian e-commerce platform ShopX via their investment arm, Fung Strategic Holdings Limited. ShopX connects small shopkeepers across India to a wider network of consumers beyond their respective localities. The Fung Group and Li & Fung, which have continued to rely on their century-old role of sourcing middle man, are struggling to adapt to the rise of e-commerce.

Snap's drop in active users could signal a social media peak. The maker of the Snapchat app said it lost three million daily active users in the second quarter of the year, the first time it reported a decline in users since going public in 2017. Facebook and Twitter have reported similar trends, and the declines and flattening growth have raised questions about whether the social media companies have reached a saturation point in some markets, especially in developed countries.

Abercrombie offers Venmo payment option to attract millennials. Starting Tuesday, shoppers using the retailer’s namesake and Hollister apps will be able to select the popular payment platform as an option when checking out. The company’s mobile apps are its fastest-growing digital channel, making them key to a revival at the youth clothing store, which saw sales rise last fiscal year after four annual declines.