This week, a report in The Sunday Times revealed that Condé Nast parent company Advance had sold all of its stock in Farfetch, the fast-growing luxury e-commerce platform which went public on the New York Stock Exchange in September 2018.

The sale was likely a pretty payday for Advance, which is controlled by the Newhouse family.

As of February 13, Advance owned 14,838,410 Class A ordinary shares in Farfetch, representing 5.6 percent of the company, through three different entities. On March 20, 12 days after then Chairman and Chief Executive of Condé Nast International Jonathan Newhouse resigned from the Farfetch board, one of Advance’s subsidiaries, CN Commerce LTD, sold its shares for $16,348,111. Assuming the remaining shares controlled by Advance were sold at the same time, and therefore the same price, Advance likely pocketed about $380 million from the move. The New York Post estimated the total windfall at $400 million.

The Sunday Times report suggested that concerns over the loss-making Farfetch's high marketing spend were a turnoff for Condé Nast, triggering the sale. Meanwhile, industry insiders speculated that the sale was a sign that the ailing magazine publisher, suffering from the decline of print advertising, was in need of cash.

Farfetch’s reliance on marketing spend has long concerned investors and analysts, who have wondered aloud if the marketplace would ever reach profitability. In the first quarter of 2019, customer acquisition costs hit $31.4 million, up from $19.3 million in the same period the prior year. But this issue is not unique to Farfetch. Plenty of successful internet companies (Uber, for example) spend large sums on customer acquisition and, thus far, the market has been accepting of this, though questions certainly remain on whether this is sustainable over the long term.

The theory that Condé Nast was starved for cash doesn't hold up, either. In fact, parent company Advance is currently sitting on a pile of cash, following the sale of Florida cable provider Bright House Networks for $10.4 billion in 2016. (Advance now has a 12.9 percent ownership stake in Charter, the parent company of Time Warner Cable.) Indeed, the company is currently on an investment spree, as reported by The Wall Street Journal.

Instead, the real reason for Advance’s sale of Farfetch stock was more mundane: the publisher moved to realise its gains following the end of the company’s post-IPO lock-up period, which typically restricts early investors from selling for 180 days. The period ended on March 20th, at which point all of Farfetch’s early investors are assumed to have sold their shares.

It is common for pre-IPO shareholders to sell off their shares as soon as the lock-up expires, said Jay Ritter, a professor of finance at the University of Florida. "Most executives and major shareholders don’t sell all of their shares, but it is not unusual to have a corporation sell out completely."

“Farfetch has reported market-beating growth and is gaining significant market share," said a representative for Farfetch.

The share sale will have more than recouped the damage the publisher incurred trying to build its own failed e-commerce marketplace Style.com, which lost about £52.8 million (about $66 million), according to UK filings. The venture was shuttered in June 2017 and Farfetch acquired Style.com's trademark, intellectual property and customer database for $12.4 million paid in 258,265 ordinary shares.

And so, it seems, this week's news of Condé Nast's sale of Farfetch shares isn't a tale of dissatisfaction with a high-spending fashion platform or a publisher desperate for cash, but simply the story of an investor realising its gains... otherwise put, much ado about nothing. 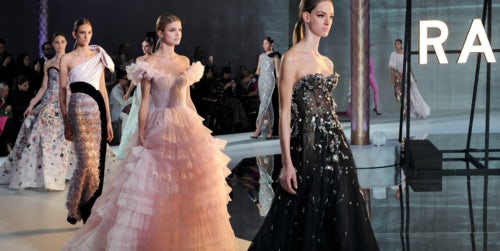 La Perla owner bets on Ralph & Russo with minority stake. German entrepreneur Lars Windhorst's company, Tennor Holding, took a minority stake in UK fashion house Ralph & Russo, with an option to increase its holding up to 40 percent worth $50 million. The label made famous by Meghan Markle lost £2.5 million on £14.3 million of sales in 2017. Tennor bought Italian lingerie chain La Perla in 2018 after it lost €110 million ($124 million) on €134 million of sales.

Mexico calls out Louis Vuitton for using traditional pattern. The Mexican culture ministry has questioned one of the chairs in Louis Vuitton's Dolls by Raw Edges collection for featuring the designs of Mexican artists in Hidalgo. The French fashion house said they currently have a relationship with artisans of Hidalgo "with the perspective of collaborating together to produce this collection." In June, the Mexican government also questioned Carolina Herrera for "cultural appropriation" of indigenous patterns.

Levi Strauss falls, profit declines as company spends to grow. The denim maker fell in late trading Monday as profit in its second quarter as a public company tumbled from a year earlier.  When including $29 million of expenses associated with its IPO, second-quarter profit was 7 cents a share. Levi has been working to bolster its retail network and e-commerce sales, but that growth comes at the cost of higher investment and pricier advertising.

An #Instaworthy deal: Reformation sells a majority stake. Started in 2009 by model-turned-entrepreneur Yael Aflalo, the small vintage clothing resale store has grown into an e-commerce label, having raised $37 million in two rounds of funding raised from investors including Stripes Group, 14W and Imaginary Ventures. This week, private equity firm Permira Advisers (a previous stakeholder in Hugo Boss and Valentino) acquired a majority stake in Reformation. The company's sales are projected to exceed $150 million in 2019.

Lululemon opens workout studio where visitors can borrow clothes. The high-end yoga pants maker opened a Chicago store where shoppers can work out like at a traditional fitness studio, but visitors can also borrow a Lululemon outfit to wear and return — it’s washed between each use — in hopes they’ll end up buying an unworn version of the item when the workout’s over. With two exercise rooms, a meditation area and a café serving smoothies, salads, kombucha and beer, the new location will offer six to 10 classes a day for $25 apiece.

Uniqlo owner's profit falls short despite gains in China. Fast Retailing Co saw operating profit rise to 74.8 billion yen ($692 million) in the three months ending on May 31, compared with an average analyst estimate of 79.4 billion yen ($732 million). A weaker performance in Japan show the domestic market still has a huge influence on Fast Retailing’s fortunes. Sales in China, however, rose by double digits as it continues to be a main driver of overseas expansion.

Lola Rykiel launches athleisure brand. The granddaughter of designer Sonia Rykiel has introduced her athleisure brand, Pompom. The collection of around 20 pieces includes wrap-over tops, tapered leggings, oversized hoodies, jumpers and soft trousers. Prices range from €110 to €350, and the line is slated to debut in November on Pompom's own website and at The Place London. Three years after the passing of the "Queen of Knitwear," the Sonia Rykiel brand is in dire straits: it filed for bankruptcy in April. 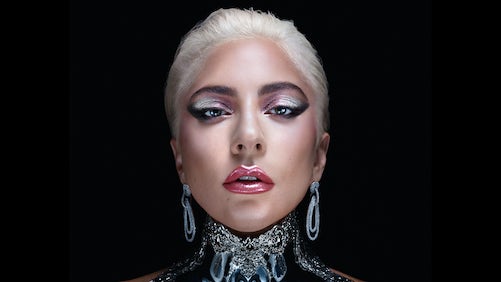 Lady Gaga picks Amazon for major beauty launch. Gaga's Haus Laboratories will be the first major beauty brand to be sold exclusively on Amazon, which has yet to cement its status as a beauty destination despite growing cosmetic sales. For Amazon, an exclusive brand fronted by a celebrity of Gaga’s stature could shake up an industry where most high-profile beauty launches take place at Sephora or Ulta. Gaga will have the spotlight more or less to herself in front hundreds of millions of Amazon customers worldwide.

American Eagle to start selling cannabis-based products. The apparel retailer will start selling cannabidiol (CBD)-infused lotions, muscle balms and aromatherapy products in the US later this year. The market for cannabis-based personal care is already crowded, with both Sephora and Ulta Beauty launching CBD-infused products in 2018 and early 2019, respectively. The products, developed and supplied by Green Growth Brands, are slated for sale in nearly 500 stores and online starting October. 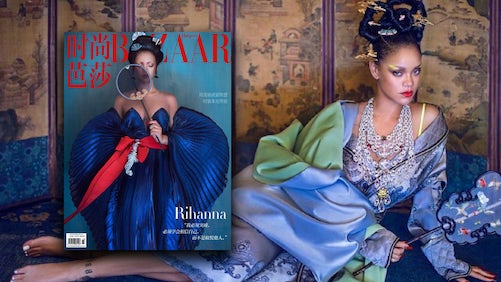 Rihanna's latest cover provoked cries of cultural appropriation, but Chinese netizens disagree. Shot by esteemed local photographer Chen Man, Rihanna sported couture gowns on the August cover of Harper's Bazaar China. But commentators on Twitter paid more attention to her elaborate hair, makeup and props (such as a Chinese hand fan and hand-painted screen), and were quick to cry cultural appropriation. Chinese commentators, on the other hand, largely refuted allegations of wrongdoing. If the purpose of the shoot was to get people talking about Rihanna's beauty brand before it drops in China, it most definitely is working.

Highsnobiety appoints new editor-in-chief. Thom Bettridge has been appointed editor-in-chief of Highsnobiety, effective immediately. Bettridge succeeds David Fischer, founder and chief executive of the media company, and joins the publication from Interview magazine, where he served as executive editor.

Chinese tech companies are coming for America’s influencers. Some of the biggest names in Chinese social media are descending upon California this week to encourage business ties with the star attendees of VidCon. WeChat owner Tencent is trying to encourage more US social media stars to do business in the world’s No. 2 economy. The opening panel of the event is titled “How Tencent could help your influencers’ businesses in China.” China's native video platforms have an edge over YouTube in tapping the burgeoning market: The Google-owned video service is blocked in the country.

South Korean Instagrammers demand a Japan boycott. Angered by Japan’s move to restrict exports of vital manufacturing materials to the country, South Koreans have taken to Instagram and other social media platforms to show their support for boycotts of Japanese travel and consumer products. More than 2,400 public posts with hashtag #BoycottJapan were shared on Instagram since the measures were imposed last Thursday.

Amazon workers plan Prime Day strike. Amazon.com Inc warehouse workers in Minnesota plan to strike during the online retailer’s annual summer sales extravaganza, a sign that labour unrest persists even after the company committed to paying all employees at least $15 an hour last year. Meanwhile, the e-commerce giant said it will spend $700 million to re-train 100,000 workers by 2025 to allow employees to move into more highly skilled jobs within the company.