John Elliot and Aaron Lavee have managed to grow an initial investment of $30,000 into a fledgling business that’s set to generate revenues in the “seven-figure-range,” propelled by its standout basics and healthy online fanbase.

LOS ANGELES, United States — American label John Elliott + Co launched its first collection of standout menswear essentials in January 2013. The company was founded just months before, in April 2012, by designer John Elliott and business brain Aaron Lavee, who trace their friendship all the way back to high school, where Lavee served as a math tutor to the dyslexic Elliott.

From an early age, Elliott always more interested in skateboarding, basketball and design than mathematics. He tried to start a skateboarding company in fifth grade called One Way. At age 8, he submitted his own sneaker designs to Nike. 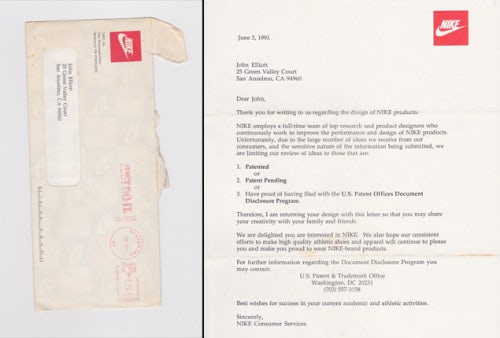 In March, John Elliott + Co was named one of GQ’s “Best New Menswear Designers of America.” And together, Elliott and Lavee have managed to grow a small initial investment of $30,000 into a fledgling business that, Lavee estimates, will generate revenues in “the seven-figure-range” by year’s end.

“I wasn’t interested in forming another fashion company — or any fashion company for that matter,” says Lavee, who describes himself as “somebody who is not cool for a living.”

John Elliott got his start in retail at San Francisco shop Villains, on the city's iconic Haight Street, before becoming the manager and head buyer of Jack’s, another San Francisco store founded by two veterans of Silicon Valley. It was while working at Jack’s that Elliott met Simon Miller of the pared-down luxury jeans brand that carried his name. And when Elliott decided to delve into designing himself, Miller proved to be an invaluable resource. Elliott’s education continued when he began helping his college friend Rob Garcia during the early days of the En Noir label.

“I really had the foundation of what I wanted to do in my closet, from just being a collector,” says the designer. Elliott spent a lot of his spare time picking up items like Champion tubular knits, excellently faded jeans from A.P.C.’s “Butler” programme that re-sells preworn denim from its customers, and old Hanes t-shirts that were once worn by prisoners. He sourced them from a former launderer who worked with the California prison system and had a stockpile of the tees locked away in storage units in Stockton.

The appeal of John Elliott’s clothes is that they are simple, but when worn together, each piece makes the whole look that much stronger. Similar lines that speak to the easy-wearing California lifestyle, like James Perse, tout comfort and leisure, but at John Elliott + Co, comfort is ancillary to the aesthetic.

“The foundation that we built this company on was really three pillars: French terry, denim and jersey,” says the designer. “I took a denim approach to building French terry,” combining extremely heavyweight, custom-milled fabrics with slim silhouettes and premium hardware like RiRi zippers. The end results were elevated hoodies and sweatpants that retained their shape and felt as durable as, well, a pair of jeans — although denim remains a core competency for the label.

John Elliott’s “The Cast” jean reflects the designer’s fondness for well-worn A.P.C. denim and the tutelage of Simon Miller. “You really have to honor the way a five pocket jean has always been made,” says Elliott. “I take a more modern, architectural approach — with clean lines and less of the ‘authentic’ details. We don’t have hidden rivets; we don’t have the stitch details that reference a vintage feel.”

Lavee admits that it was Elliott who spotted the opportunity to expand into knitwear. “Knitwear is something that John early on identified as a hole in the marketplace; it was sort of overlooked as being simply ‘street casual.’ He realised there was a way to do it really, really well.”

John Elliott + Co is manufactured entirely in Los Angeles. Materials are stocked and supplied by a third party company and, as Lavee puts it, “We can pull the trigger at a moment’s notice and get the wheels turning so that we can produce garments that are needed at a relatively quick turnaround time. That gives us a tremendous advantage.”

It’s a strategy with some down side, however. Mainly, the company’s current supply chain isn’t scalable at higher volumes. “Because it’s all made in the US, and because we basically custom knit the entire line, we don’t have the capabilities to grow and appease a mass market yet,” says Elliott. The designer aspires to build a global brand, but is satisfied with the steady growth of the company thus far.

Currently, the brand has just over 20 wholesale accounts in the US, Canada, Germany and Japan. But it was the growth of its e-commerce business that exceeded all expectations and helped, perhaps more than anything, to propel the business forward. “None of us had the foresight to predict just how well it would do for us; now it’s become an integral and central part of our business model,” says Lavee of the brand’s online store, which opened in Fall 2013.

Just days before the site went live, “GQ, Complex and Four Pins all posted about us in the same three-day period,” recalls Elliott, who says launching their fall 2013 collection online was “like our introduction to the world.” Items like the Villain hoodie with side zips sold through quickly. “That was a monumental day for us. We had a pretty big day online.”

Elliott is amazed by the brand’s current cult following, a good portion of which comes from kids who first became aware of the brand through social platforms like Instagram and niche Internet communities like StyleForum. Lavee, who is more interested in analytics and conversion ratios than street cred, admits that online exposure is key to their success. “When Complex launches an article or GQ launches an article, it sort of has a spike effect where we receive a wave of traffic from those particular sources,” he says. Lavee also admits that certain traffic sources drive considerably higher conversion rates than others, though he declined to reveal specifics, adding that the majority of John Elliott’s website traffic actually comes from organic search.

Both Elliott and Lavee are optimistic about the company’s current growth, but remain cautious about the future. For one, they’re worried about becoming too big. Although John Elliott + Co is a far cry from being a true global lifestyle brand, its co-owners are proud of its humble background and say they must be careful not to alienate its current cult of acolytes, some of whom regard the elevated basics as one of menswear’s sub rosa secrets.

It’s a precarious balancing act and Elliott is trying his best to not fall. “I am fully aware of how lucky we are to be in this position — and how fragile it is.”