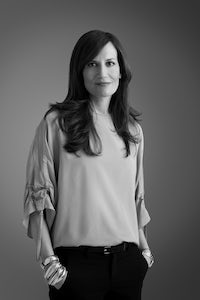 NEW YORK, United States — Daniella Vitale wants to talk data. “It sounds like a bad word, but we have a tremendous amount of it,” says the newly installed chief executive of Barneys New York, who succeeded longtime colleague Mark Lee in early February. “How do we use that data to do our jobs better, to create a strategy around how people are shopping?”

In a sector where statistics have long taken a backseat to instincts, Vitale, who joined the New York-based retailer in 2010 as chief merchant, is eager to harness those numbers to better inform major decisions across the company. “Things were a little bit siloed: digital was digital,” she says. “Now, it’s about trying to get everybody to be a lot more collaborative, a much more interdisciplinary approach. We have so many amazing people in the company and we need to be sharing information so that we can service our customer better.”

But it’s clear that Vitale and her team have a tremendous challenge ahead of them. Channel preferences, over-distribution, a downturn in tourist spend and plain-old irrelevance have hit department stores hard. Not to mention the increasingly uneasy political climate. "It certainly was an unusual year," Vitale says. "The customer was traumatised but what was going on in the world."

So how does a venerable retailer like Barneys remain relevant?

“I think Barneys is very good at our curation, edit and communications,” she notes. And while mixing price points — positioning a new, affordable line next to an expensive, established label — is becoming more commonplace at all multi-brand retailers, Barneys is taking this approach further by pulling multiple categories — beauty, accessories as well as clothing — into one space. “The customer wants the lines blurred,” she says. “A mix of brands, a mix of different aesthetics; we want there to be some measure of discovery. We’ve tried to create a dynamic assortment, not to create three-wall shops.”

Smaller store formats are another key part of the strategy. The retailer’s 58,000-square-foot space in downtown Manhattan, which opened a year ago in February 2016, serves as an unofficial blueprint for the future. (Vitale says the location surpassed first-year revenue projections by 20 percent, with 50 percent of customers either new or returning to the chain after three years or more.)

But don’t expect Barneys to begin opening a slew of new doors any time soon. (The retailer currently operates 14 full-price locations, not including e-commerce.) While a Miami store is possible, Vitale’s plans are more focused on maximising sales densities in the company’s existing stores. (During Lee’s six-and-a-half year tenure, Barneys made a $200 million investment in overhauling its store network, closing 25 underperforming locations.)

The executive is also ready to address long-standing rumours that Barneys will vacate its iconic Madison Avenue location in 2019, when the lease on the store is up for renewal and could very well triple in cost. “We didn’t comment because we didn’t want to keep the rumour going, but ultimately everyone discussed it for us,” she says. “The Madison Avenue lease is something we’ll focus on this year. We’re going to remain on Madison for a long time.”

Last summer, as rumours of lease troubles surfaced, it was reported that Goldman Sachs had been hired to help sell a minority stake in the business. And just months later, investor Richard Perry’s hedge fund Perry Capital — which bought the retailer in 2012 from Istithmar World PJSC in a debt-for-equity swap — began liquidating its assets. (Perry Capital currently owns 75 percent of Barneys.) “We have no long term debt. Richard’s long-term investment is in Barneys and that’s not changing,” Vitale says, acknowledging that while at one point the plan was indeed to try and sell a minority stake, that is no longer the case. “Last year was tough for everyone, but we’re healthy, and I’d say we fared better than most," she continued. "I talk to Richard every day, and in some ways it’s nice to have a little more attention.”

While Vitale’s mandate remains to improve the bottom line, she does not want to rely on off-price channels to do so. (Competitors including Nordstrom, Neiman Marcus and Saks Fifth Avenue have expanded heavily into off-price over the past half-decade.) For Barneys, outlets — both online and off — remain a liquidation channel. “Of course, it’s part of our model, as there is an opportunity to acquire a new customer,” Vitale says. “But it’s not a big part of the strategy, and we’re certainly not making it a bigger part. Ultimately we want to sell more product at full price, and be even less promotional.”

To help achieve that, Barneys continues to drive home the importance of exclusive product, which currently makes up 22 percent of the business. “Ultimately, if we are the only store to carry it, there is no pressure to mark it down," she says. "How do we get exclusives to be a third of the business, or 40 percent of the business? Again, not easy, because it’s not just about niche brands. You need scale. But that’s definitely where we’re going."

While the handbag market has softened with the decrease in tourist flow, Vitale sees opportunity in other categories: fine jewellery sales were up in the second half of the year, for example, while shoes and men’s designer fashion have growth potential, she says. As tourist shopping continues to wane, Vitale is also dedicated to building a deeper relationship with local customers.

“The composition of the business is changing, which means we need to be much more fluid as a company,” she says. “We’re not going to spend a tremendous amount of capital — most of the heavy lifting has been done. We’re going to continue to focus on increasing productivity in our existing footprint.”