The head of Hearst Magazines is stepping down at the end of this year after 8 years at the media company and heading to Harvard University. 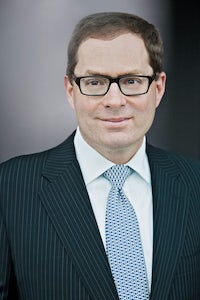 The head of Hearst Magazines is stepping down at the end of this year after 8 years at the media company and heading to Harvard University.

NEW YORK, United States — David Carey, head of Hearst Magazines, is stepping down at the end of the year after eight years at the media company.

Hearst chief executive Steven Swartz said in an internal email Monday that the president and group head of the company's magazine division will remain as chairman of that division through 2019 and assist in the search for his replacement. Carey has also accepted a position as a fellow at the Harvard Advanced Leadership Initiative, according to an internal email he sent to the company on Monday.

Carey has led Hearst Magazines through a time of disruption and contraction in the print media business, as audiences and advertisers shift their attention and budgets online. In 2013, Carey hired Troy Young as president of digital media, tasking him with rebuilding the company’s approach to digital content. Meanwhile, Hearst Magazines’ parent company has made investments in a new generation of media companies, including Vice, Complex, Buzzfeed and Refinery29.

The company is considering successors from both inside and outside the company, according to the Wall Street Journal. Possible candidates from within Hearst could include Young and Joanna Coles, chief content officer.

"The magazine business worldwide, like all print media, faces change and challenge, but it’s an industry we’ve led for more than 100 years and we will continue to do so," said Swartz in the email. "Next year, David intends to spend part of his time at Harvard in an advanced program for business leaders looking to make more of a social service impact in the next stage of their life. When that program ends, I very much hope we can find a way to keep David connected to Hearst."

Hearst hired Carey in 2010 from Condé Nast, where he was the group president and known for turning around The New Yorker’s business as well as leading Golf Digest and Wired. He was hired there in 1996 as publisher of House & Garden, having previously worked at Hearst as publisher of Smart Money.

In his message on Monday, Swartz called out several of Carey's accomplishments from his tenure at Hearst Magazines — which publishes Cosmopolitan, Elle, Harper’s Bazaar, Esquire and many others — including the acquisition of Rodale, the publisher of Runner’s World and Men’s Health, in 2018 and and the $919 million acquisition of the French publisher Lagardére Group’s international titles — including its US subsidiary, Hachette Filipacchi Media, publisher of Elle — in 2011. Carey also led the acquisition of iCrossing, a digital marketing agency, and Kubra, a customer service company, as well as the formation of publishing services joint venture with Condé Nast.

Under Carey’s leadership, Hearst Magazines’ earnings grew every year between 2012 and 2016 but last year, “we were off a couple of points,” Carey told BoF in February 2018.

“All media companies, to a certain extent, grew up by being some things to all people,” he said in February. “I increasingly [focused on] the need for our businesses to become all things to some people.”

Inside the Hearst Media Empire with David Carey