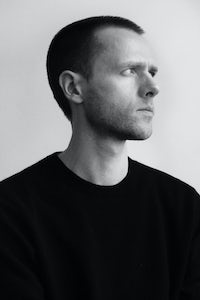 BALTIMORE, United States — BoF can exclusively reveal that activewear giant Under Armour has signed Tim Coppens as executive creative director of Under Armour Sportswear (UAS), a new men’s and womenswear brand which the performance athleticwear company will launch this Autumn.

“Not only does UAS afford us the opportunity to satisfy the consumers who love Under Armour and are looking to extend the relationship they already have on and off of the field, but there’s also an opportunity to capture and target a new consumer, ” says Ben Pruess, senior vice president of sportswear at Under Armour, who is working alongside New York-based Belgian designer Coppens on the commercial direction of the brand. “Tim Coppens brings an authentic and credible voice to sportswear in the fashion context,” he says.

UAS will be positioned in the premium sportswear market. According to NPD Group, the global activewear market will be worth $178 billion by 2019. 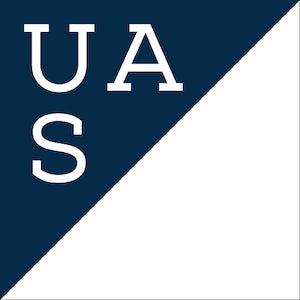 Coppens’ eponymous fashion label, which launched in 2011, pioneered the luxury sportswear aesthetic. In 2014, the designer ready-to-wear brand received the CFDA Swarovski Award for menswear and an LVMH Prize nomination. “The general inspiration is finding a new way to define what American sportswear is [today],” says Coppens, a skilled skateboarder, of UAS. “That was the challenge, and also an opportunity to make it into something that would make people go, ‘Wow, that is something we would expect from Under Armour,’ but also something completely new.”

Under Armour, which developed moisture-wicking shirts for athletes, has already amassed a following among young, fashion-conscious consumers for its unfussy, often-black performance-enhancing athleticwear — an aesthetic that tapped into the “health goth” trend in particular.

However, UAS is the Baltimore, Maryland-based company’s first range of apparel, footwear and accessories that is explicitly “built for life” and not actual sport, according to the brand. “It’s not activewear. It’s not athleisure,” says Pruess. “It’s very specific to this idea of young, ambitious, new generation of clothing.”

Coppens, who previously worked at Ralph Lauren’s athletic line RLX and Adidas, describes UAS as “casual, lifestyle-directed” and focused on what he and the brand describe as an “ambitious generation.” The line leverages Under Armour’s technical expertise in performance apparel — for example, UAS chino pants feature stretch technology, or tyre-sole boots. “You get the aesthetic you are looking for,” says Pruess. “But inside, it has comfort, has cushioning, and has all these things an innovative brand would do.”

“This product is not underpriced or overpriced. Its the right price for a product that offers a lot,” says Coppens. According to Preuss, UAS will not follow the same distribution channels as Under Armour’s main lines — rather, the brand will be distributed at select Under Armour flagships in Chicago and New York, a new, dedicated e-commerce site, and department stores locations, which have yet to be announced.

“UAS is not niche nor shy in its desire to capture new business and new consumers for the brand,” says Pruess. “Having said that, the brand is committed to building and positioning the UAS brand in the right way. It is part of larger, more robust actions to bring Under Armour off the field and into the daily lives of our consumers.” Indeed, Under Armour is known for its high-profile endorsement deals with pro athletes such as golfer Jordan Spieth, NFL stars Cam Newton and Tom Brady, and tennis player Andy Murray, as well as products like the Curry Two shoes, basketball player Stephen Curry’s signature footwear. Whether UAS will take a similar endorsement-led approach to marketing is yet to be seen.

The news comes two days after the Under Armour cut its sales forecast for the year from $5 billion (the forecast made in April) to $4.93 billion, after Sports Authority, one of its retail partners, went into liquidation. Under Armour said it would receive only a quarter of the revenue it planned to bring in from Sports Authority, a US chain of 450 sporting goods stores, which filed for bankruptcy protection in March. Under Armour still expects to grow revenue by 24 percent for FY 2016 over the previous year.