DKNY chief executive Caroline Brown and creative directors Maxwell Osborne and Dao-Yi Chow will leave the company before the end of year. 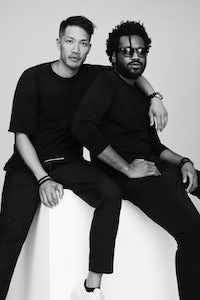 DKNY chief executive Caroline Brown and creative directors Maxwell Osborne and Dao-Yi Chow will leave the company before the end of year.

NEW YORK, United States — DKNY has confirmed the departure of its chief executive Caroline Brown, and of its creative directors Maxwell Osborne and Dao-Yi Chow, who will leave the company before the end of year.

The company announced the three departures at the closing of its sale to American manufacturing and licensing company G-III Apparel Group on December 1. In July, LVMH agreed to sell Donna Karan International to G-III Apparel Group for an enterprise value of $650 million, an unexpected move by the French luxury conglomerate, which rarely sells its brands.

At the time, Pierre-Yves Roussel, chairman and chief executive of LVMH’s fashion group, told BoF that the deal was the result of unsolicited, inbound interest from G-III, which makes licensed clothing for brands like Calvin Klein, Tommy Hilfiger and Karl Lagerfeld. 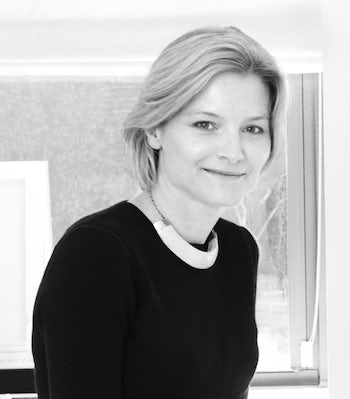 Roussel said LVMH said yes to the sale because G-III had offered to buy the business at a high valuation — and not because Chow and Osborne's reboot of the brand was a creative and commercial failure, as some have suggested.

"As Donna Karan International transitions to new ownership and therefore new directions, I have decided it is the right time to step down and explore new possibilities," Brown said in a statement. "This decision accompanies much appreciation and admiration for all of the talented teams here, our founder Donna Karan and our creative directors Dao Yi Chow and Maxwell Osborne. I know the company rests in good hands under the new leadership of GIII for the next stage of its development."

A highly respected figure in the fashion industry, Brown joined Donna Karan International in January 2015 from Carolina Herrera, where she served as president. Since Donna Karan’s departure from her namesake label in June 2015, Brown has overseen the transition of the brand and brought in the creative talents of Chow and Osborne, who have won accolades for their own label, Public School. DKNY was developed in 1989 as a bridge line to Donna Karan's now-discontinued mainline. Analysts previously estimated that Donna Karan International generated around $450 - $500 million a year in revenue.

Brown’s next step is currently unknown, but it appears that she won’t immediately move into another position within LVMH. “Caroline’s leadership was instrumental in repositioning the brand for the future. She streamlined the breadth of activities, refocusing the organisation on quality and on the core values of the DKNY brand,” LVMH group managing director Antoni Belloni wrote in a letter addressed to DKNY employees.

“As of today, Donna Karan International is under the ownership of G-III. We are sure they will be an excellent steward to capitalise on the worldwide appeal of your wonderful brand and the talents of the people in the company.”

Chow and Osborne, who were, likely many designers, creatively stretched by juggling to the conception and design of two labels at once, will again turn their efforts to a single entity. “Given the company sale and subsequent change in strategies, we have decided to step down and focus on our own business, Public School," said the pair in a statement. "It’s been an unbelievable experience to work side by side with the wonderful people at DKNY, especially our amazing design team and atelier. We wish the company success in the future."

G-III did not say whether it would hire a new creative director to oversee Donna Karan brands, however it seems unlikely within the company’s existing business structure which encompasses the manufacturing and distribution of apparel and accessories for a variety of brands.

However, the company’s ambitions for DKNY are high. In a separate statement, Morris Goldfarb, chairman and chief executive officer of G-III, said he believed that DKNY had the potential to generate $1 billion in annual sales. “Working closely with our partners and through our strong licensing network, we are confident we can quickly bring to market a comprehensive and compelling lifestyle offering that will restore the Donna Karan International brands to prominence and excite consumers.”