Following the death of Karl Lagerfeld, Chanel named former studio director Virginie Viard his successor in a bid for continuity. But the world’s most popular luxury megabrand may need to disrupt itself to stay on top.

Following the death of Karl Lagerfeld, Chanel named former studio director Virginie Viard his successor in a bid for continuity. But the world’s most popular luxury megabrand may need to disrupt itself to stay on top.

Cruise 2020 wasn’t your typical Chanel show. The Grand Palais, quieter and emptier than usual, felt more immense than ever, lined with single rows of wooden benches that were labelled with city names like “Venice” and “Saint-Tropez,” the floor mimicking somber grey concrete.

Upstairs, before the show began, guests sat for breakfast in what could have been mistaken for the dining room of the Orient Express before being escorted out of the “train” and onto the “platform” to view Virginie Viard's first collection for the brand, inspired by travel.

Following the death of Karl Lagerfeld, whose singular vision transformed Chanel from a dusty heritage label into the world’s most popular luxury megabrand, the company named former studio head Virginie Viard his successor in a bid for continuity.

And, this morning, before the show, Bruno Pavlovsky, president of fashion and Chanel SAS, called Viard’s approach the “same, but different.”

“She knows everything about Chanel,” he said. “She was the right hand and the left hand, and she’s ready to write a new part of the Chanel history.”

Certainly, nobody expected Viard to play the show off when presenting her first collection as Chanel’s artistic director for fashion collections. (She declined all press interviews.) The company, and the wider industry, are still adjusting to the idea of a post-Lagerfeld world. And yet her first solo act failed to answer a critical question: Is this the beginning of something... or the end?

To be sure, Viard needs time to define her take on Chanel. Sources suggested that Lagerfeld, before he died, had a hand in planning the creative concepts that informed this collection. And what we saw today was largely in line with the template set by the maestro designer: the sense of colour (pastels, black) and novel use of house signatures like quilting, bouclé and the box jacket.

Viard even nodded to the indelible image of Lagerfeld himself in the final looks, which were framed with white collars, the final model wearing a low-back halter gown in black, her straight-razor hair white like his.

But there were noticeable departures as well. The strongest pieces — printed leggings, a leather jumpsuit — had a vintage appeal. But more often, Viard took contemporary silhouettes and fabrics — leather biker shorts cut open at the seam for a flyaway effect, tiered floral dresses — and Chanel-ified them with kicky accessories (jumbo-sized flap bags, mod patent boots). Culottes, a blooming trouser silhouette that has become quite popular on the high street, were probably the biggest statement of the show, rendered in everything from leather to simple cotton.

July's haute couture show will be Viard’s real debut, and likely more forward-looking. But what should the future look like for Chanel?

According to Luca Solca, head of luxury goods research at Bernstein, today’s luxury market is being reshaped by two primary forces: digital disruption and the rapid maturation of Chinese consumers, who drive a staggering volume of sales. And both the speed of Instagram and the growing number of shoppers who already have closets full of existing brand icons are creating thirst for newness like never before, putting pressure on fashion companies to innovate.

Chanel remains the most desirable luxury brand in the world, but nobody can afford to stay static in a fast-moving market. And though sales continued to climb, things were already getting dusty during the final years of Lagerfeld’s tenure. It’s not unfair to say that, despite the strength of its powerhouse brand, Chanel's collections, marketing and stores have been in need of a refresh for some time now.

But if Chanel needs to change, radical disruption à la Alessandro Michele’s Gucci is surely not the answer. That said, Viard may ultimately need to move things forward or pass the reins.

The larger-than-life Lagerfeld left her with almost impossibly big shoes to fill. But the industry is still chattering about Phoebe Philo, who many see as the Coco Chanel of her generation. 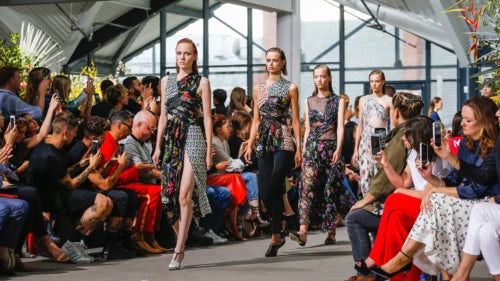 Chinese Firm Acquires Majority Stake in Jason Wu. Private equity fund Green Harbor has bought a majority stake in JWU, the parent company of New York-based designer brand Jason Wu. Green Harbor announced the news on its WeChat account, but the sum paid by the firm and other details of the acquisition were not disclosed. The acquisition marks the first time Green Harbor — which invests in the retail, healthcare, education and financial services sectors — has invested in an American brand, and the first time it has invested in an apparel brand.

Sandro owner SMCP posts rise in first quarter sales. The French fashion group, which is majority owned by Chinese retail group Shandong Ruyi, reported a rise in first-quarter revenues and kept its guidance for a higher annual sales growth and stable profit margins. First-quarter sales rose to €274.6 million ($306.4 million), up 9 percent from the previous year and led by higher revenues in the Asia-Pacific region.

Sonia Rykiel seeks bankruptcy protection in France, liquidates in the US. After years of business challenges and an unceremonious break up with creative director Julie de Libran in March, Sonia Rykiel has been placed into receivership. The brand has been granted protection until the end of June while it searches for a new owner. The news comes after Sonia Rykiel filed for Chapter 7 bankruptcy in the US on April 16, and shut down several stores, including those in New York and London.

Neiman Marcus explores sale of MyTheresa. The Dallas-based department store is working with Lazard on the sale of luxury apparel platform, which may fetch more than €500 million ($560 million), people familiar with the matter said. The move to sell the fast-growing MyTheresa, which has been at the centre of a dispute with creditors, comes as Neiman Marcus is working on cleaning up its debt-plagued balance sheet. It acquired the e-commerce business from Christoph and Susanne Botschen and Acton Capital Partners in 2014.

Adidas Earnings Beat Estimates. The sportswear giant reported earnings that beat estimates as sales boomed in China and online revenue gained. Sales grew 4 percent in the first quarter, and global sales reached €5.88 billion ($6.6 billion), ahead of the €5.8 billion average estimate. Operating profit of €875 million beat the highest estimate. While some challenges loom in Europe and North America, Adidas has seen quicker growth in Asia and through digital channels.

Hugo Boss earnings disappoint with challenging US market. The German fashion house reported a drop in first-quarter earnings due to reorganisation costs, higher marketing expenses and a strong US dollar, while sales fell in a challenging US market. Hugo Boss said operating profit fell 22 percent to €55 million on sales up 1 percent to €664 million ($743.61 million), missing average analyst forecasts for €65 million and €669 million respectively.

Watches of Switzerland considers London IPO. Britain's biggest watch retailer is considering an initial public offering in London, as it looks to make acquisitions and reduce debt. With revenues of £746 million in the year leading up to January 2019, the IPO could value the company at up to £1 billion. The company, which sells brands such as Richemont's Cartier and Swatch Group's Omega, accounted for half of all Rolex sold in the UK in 2018. 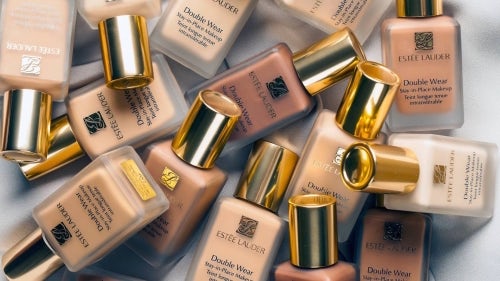 Estée Lauder raises outlook again as Chinese consumers buy more. The cosmetics group raised its full-year guidance for the second time this year after it exceeded expectations in the latest quarter on the back of booming sales in Asia. Estée Lauder now sees full-year adjusted earnings per share of $5.15 to $5.19 after profit, and sales beat estimates in the third quarter. Skincare sales are flourishing in Asia, and the group's high-end beauty labels like La Mer are performing well.

Nivea revamp boosts sales at Beiersdorf. German consumer goods firm Beiersdorf reported a recovery in sales of its Nivea skin cream in the first quarter after a new chief executive pledged more investment to fight niche brands. Mass-market labels like Nivea have struggled in recent years amid the rise of small, disruptive brands like The Ordinary, and consumer shifts towards natural ingredients and premium products. Beiersdorf's first-quarter sales rose 6 percent to €1.947 billion ($2.2 billion). 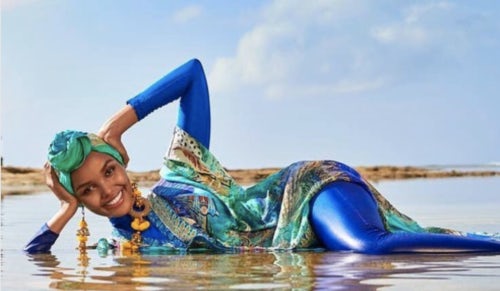 Halima Aden becomes first model to wear a burkini in Sports Illustrated. The Somali-American model has become the first Muslim model to appear in Sports Illustrated magazine wearing a hijab and burkini. She appeared in the swimsuit edition, out in May, wearing a number of different colourful burkinis. Born in a Kenyan refugee camp, Aden returned to her birth country for the photoshoot.

Anya Hindmarch to take back reins of her business. The British designer stepped down as chief executive in 2011, while staying on as creative director and board member. Since then, there have been four different chief executives of the brand. In March 2019, Anya Hindmarch parted ways with longtime backer Mayhoola and was sold to the Marandi family following a difficult period of restructuring. Hindmarch is now stepping back in to lead her namesake business as managing director.

Grace Wales Bonner wins 2019 BFC/Vogue Fashion Fund. Since debuting her BA graduate collection at Central Saint Martins in 2014, the 28-year-old's ability to imbue her clothing with nuanced interrogations of identity politics has earned her accolades from the 2016 LVMH Prize to, now, the 2019 BFC/Vogue Fashion Fund. The £200,000 prize is dedicated to supporting young talent, and previous winners include Molly Goddard, Mother of Pearl and Mary Katrantzou.

Highsnobiety to partner with Prada on e-commerce launch. The 14-year-old lifestyle publication will kick off its online shop May 22 with an exclusive partnership to carry Linea Rossa by Prada. Future products and collaborations will be “dropped” every week, a release model that has come to define the streetwear community’s approach to shopping. Highsnobiety founder David Fischer projects that in three to five years, the e-commerce platform will make up half of the media company’s total operations and eventually launch a private-label line.

Instagram extends in-app shopping to influencer accounts. Starting May 9, about 50 influencers, designers and media titles, including Ferragni, Jenner and Aimee Song, as well as publishers like Vogue and Hypebeast, will gain access to Instagram Checkout, a feature introduced last month that makes it possible for users to buy products tagged in posts and stories without leaving the platform. They’ll join 23 brands, including Nike and Oscar de la Renta, who must pre-approve which influencers can link to their products.

Zalando to expand loyalty scheme to more markets. Europe's biggest online-only fashion retailer will expand its loyalty scheme 'Zalando Plus' to France and Italy in the next 12 months, following the scheme's launch in Germany and Switzerland. The expansion plan comes after Zalando reported solid first-quarter sales growth and confirmed its outlook for 2019. Retailers are looking to mimic the success of Amazon's Prime subscription service, which is seen to boost customer loyalty.