Donna Karan International announced late Tuesday that the brand's founder is stepping down from her post as chief designer. 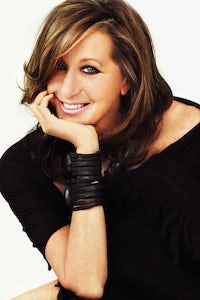 Donna Karan International announced late Tuesday that the brand's founder is stepping down from her post as chief designer.

NEW YORK, United States — Donna Karan is stepping down from her post as chief designer of Donna Karan International (DKI).

The company announced on Tuesday that Karan made "a personal decision to step down from her day-to-day responsibilities" at her namesake brand. She'll shift her focus to Urban Zen, a standalone project she founded in 2007 that sells apparel, accessories, jewelry, home decor, and beauty products. Karan will remain with DKI "in an advisory role."

In an interview with Women's Wear Daily, Karan said she's had a hard time balancing her various projects, and found she didn't have time to devote herself to both DKI and Urban Zen. "The clock is ticking," she said. "I have so many commitments and projects that require my full attention at Urban Zen, as well as my time-consuming philanthropic pursuits in healthcare, education, and preservation of culture. There are only so many hours in the day."

Karan founded her fashion label in 1984 with her late husband Stephan Weiss. The company went public in 1996, before its acquisition by French fashion titan LVMH Moet Hennessy Louis Vuitton in 2000.

Rumors about Karan's status at DKI have swirled in recent months, following some changes among upper management. In April, Karan handed the creative reins of DKNY to Dao-Yi Chow and Maxwell Osborne, the much-lauded founders and creative directors of Public School, pushing out the previous design director. And in May, Karan's head of public relations Patti Cohen stepped down after a 30-year tenure.

DKI will not yet seek out a new lead designer for the Donna Karan Collection, the high-end couture label, WWD reported. At least for now, its runway shows will be suspended.