PARIS, France — Showing men’s and women’s collections together has become almost de riguer in recent seasons, but when Avoc founders Bastien Laurent and Laura Do first proposed the idea for their debut runway show in 2013, it was initially met with resistance. “When we wanted to start showing on-schedule during Paris Fashion Week, it wasn’t possible to have 50 percent men and 50 percent women on the catwalk,” Laurent tells BoF. “Now that a lot of major labels [like Burberry, Gucci and Saint Laurent] are making statements for it, the Fédération has made it easier, which is great.”

For the Paris-based label, mixed-gender runway shows are only the beginning when it comes to unifying its men’s and womenswear offerings. “The idea behind Avoc is to go beyond gender and social conditions, but we don’t call it unisex. We don’t believe in a collection that would fit both men and women. The way we approach it is that it’s one collection created around the same aesthetic, language and creative direction,” says Laurent.

“We always try to find the right balance between masculinity and femininity. Working with one visual culture and creative direction allows us to make [everything from] dresses for women to jackets and trousers for men constructed from the same idea,” he adds. 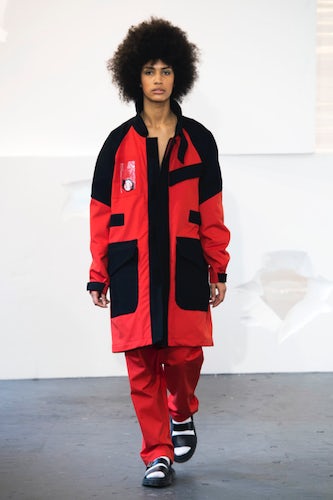 The approach has paid off: the label has attracted ten global stockists, including influential retailers Galeries Lafayette and Beams, which has helped grow turnover from $80,000 in its first year to $180,000 in 2016.

A major turning point came in June 2017, however, when Avoc won the prestigious Creative Brand Prize at the ANDAM Awards, granting the label €112,000 (about $129,000), as well as a year of strategic advice from Matchesfashion.com co-founder Ruth Chapman. Until this point, the brand had been entirely self-funded by Do and Laurent.

Laurent and Do oversee both the creative and business sides of the company together. They also employ a production and sourcing manager, though they plan on expanding their team with the ANDAM funding. “The main point is to structure ourselves… Having a strong focus on human resources is key for us, so in addition to hiring a business manager in the next couple of weeks we’re going to structure the team with more business and design assistants,” says Laurent.

The funding will also allow Avoc to elevate the products in its future collections. “The collection now is very straight to the point, but now having more budget we want to experiment with sampling and design. Then, beyond the financial support, I hope we’ll get in as many doors with the mentoring part as well.”

Do and Laurent met in 2012. The half-Vietnamese, Gabon-born Do, who spent six years at Paris design agency Attilalou under artist Mathias Kiss on projects for Stefano Pilati and Catherine Deneuve, founded her own couture house in 2009, but discontinued it in order to tap the accessible luxury opportunity with Laurent.

Laurent, who was raised in Paris “no-go zone” Aulnay-Sous-Bois, graduated from Sciences Po in 2010 with a degree in political science. He worked as an art director at Snatch Magazine, before joining creative agency Wieden and Kennedy. “It was during that time that I met Laura and we started talking about our different backgrounds and the way that we both viewed fashion,” he says. “We saw that there were different complementary skills that each of us had.” 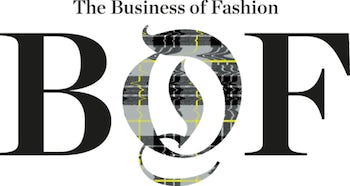 The Spring/Summer 2018 collection explores corporate dressing for today’s younger generations, Laurent explains. “Avoc isn’t a luxury brand trying to make streetwear, it’s a streetwear brand doing more than what it was supposed to do. We’re always trying to think forward and how society is evolving,” he says.

For this month's Spotlight, Laurent and Do have designed a custom BoF logo that echoes the distorted tartan in Spring/Summer 2018’s “Strictly Business” collection. “What is our generation and the one behind them going to wear at work? How can we bring back identity to corporate clothing?” says Laurent, referring to the questions that formed the basis of the collection.