British institutions have topped BoF’s global fashion school rankings for the second year, but are bracing themselves for the potential impact of Brexit on funding, fees and student numbers.

British institutions have topped BoF’s global fashion school rankings for the second year, but are bracing themselves for the potential impact of Brexit on funding, fees and student numbers.

LONDON, United Kingdom — UK schools topped BoF’s 2016 global fashion school rankings, with Central Saint Martins in the number one spot at both BA and MA level (having also ranked first at BA level last year), and Kingston University in second place at BA level. Eleven UK institutions made the ranking, with three UK schools in the top 10 at BA level, the most of any country in our survey.

Like the UK fashion industry — which contributed £26 billion to the country’s economy in 2014, according to Oxford Economics — British fashion education is concentrated in London, home to six schools in our ranking.

However, the results of the European Union referendum has created a cloud of uncertainty over the nation’s fashion schools, which depend on EU funding, students, staff and research networks to maintain their world-class position. 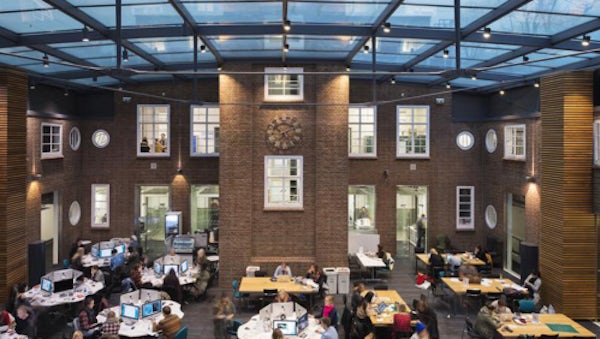 Indeed, the UK’s leading fashion education institutions all receive public funding, and comprise a mix of arts colleges like Edinburgh College of Art — the UK’s only ranked school outside of England — fashion-specific institutions like London College of Fashion, and general universities such as the University of Brighton, which was the highest-ranking UK school outside London.

As well, while the EU referendum result has weakened the pound, making studying in the UK more affordable to international students, higher fees and cuts to financial aid could offset this gain for EU nationals, who up until now have paid the same fees as British students.

Currently, tuition fees for UK and EU students at most English universities are capped at £9,000 per year (around $11,700) — already significantly higher than European countries, including those like Germany, which abolished tuition fees in 2014. Post-Brexit, EU students may be charged the same fees as non-EU international students, which have no cap — for the 2016-17 academic year, University of the Arts London (UAL) fees for international undergraduate students are £17,230 per year, versus £9,000 for UK and EU students.

EU students in the UK could lose access to student loans, grants and scholarships.

“Brexit is a huge challenge to fashion education,” says Fabio Piras, course director of MA Fashion at Central Saint Martins. “It could affect numbers and the insecurity a student might have to come from an EU country to this country. I don’t know what’s going to happen to fees.”

Brexit could also see EU students in the UK lose access to student loans, grants and scholarships that are only available to UK and EU students, such as UAL’s Mead Scholarship awards of up to £10,000. 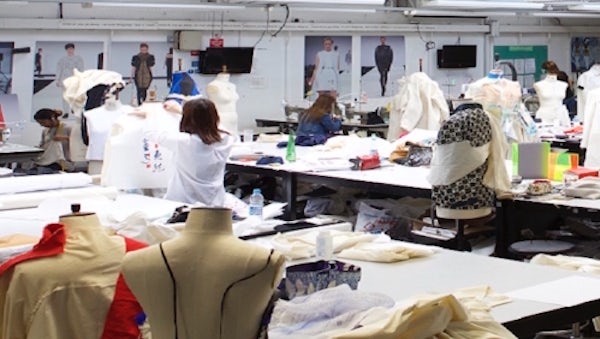 Having fewer EU students would also be a blow to UK fashion education’s talent pool and could diminish student diversity — where UK schools scored above average in BoF’s ranking. Eleven percent of London College of Fashion students are non-UK EU nationals. “They bring different skillsets, a different way of thinking, that’s all really important,” says Frances Corner, head of London College of Fashion.

Since the UK government increased the tuition fee cap from £3,000 to £9,000 in 2012, demand for places at some UK fashion universities has dropped. Last year, University of the Arts London (which includes Central Saint Martins and London College of Fashion) received 31,850 applications, down from a peak of 34,025 in 2010, according to statistics from UCAS, which processes applications to UK higher education. Kingston University received 32,895, having peaked at 46,555 in 2011.

More broadly, the Brexit vote has also thrown UK university funding up in the air, with some UK-based academics reporting that they have been asked to withdraw applications for future European funding. In the 2014-2015 academic year, UK universities received more than £800 million (over $1 billion) in EU research grants and contracts — if UK universities lose access to such funding, it is unclear whether the UK government would make up the shortfall.

It might affect our whole nature of sponsorship. A course like mine is linked to international groups, but mainly European groups, so what happens to that?

“It sounds slightly hysterical, but it might affect our whole nature of sponsorship,” says Piras of Central Saint Martins. “A course like mine is linked to international groups, but mainly European groups, so what happens to that? They might not want to invest in colleges like ours.” Corner adds, “We get European Regional Development Fund funding for our work on the Centre for Fashion Enterprise and other research projects.”

The potential cooling off of links with European colleges — such as student exchanges and collaborative projects — is another worry. “It’s not just about business and investment, it’s about connections. What happens if they decide to say, actually, it’s easier for us to support a college somewhere else in Europe or in our own country?” asks Piras. “There are consequences that we will have to adapt to drastically.” 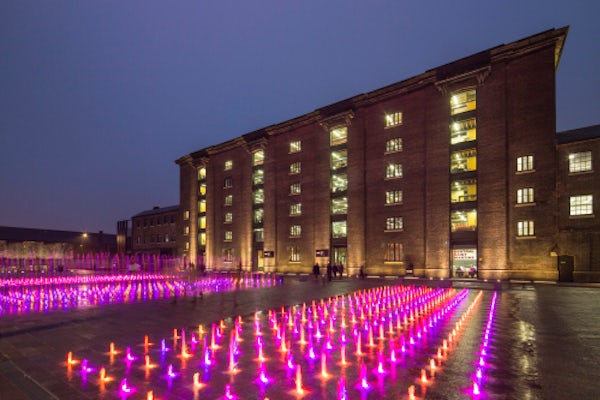 If, in a potential post-Brexit deal with the EU, the UK rejects free movement of people (currently, EU nationals can work and study in the UK without visas) it will also become harder for EU nationals to stay in the UK to work after studying in the country. A Brexit-induced slowdown to the UK economy could also diminish job prospects in the country’s fashion industry, which supported 797,000 jobs in 2014.

But while the spectre of Brexit looms large, UK fashion schools will continue to evolve, as new technologies — from fabric development, to robotics — change the nature of fashion employment. “To produce designers in the most conservative and traditional sense would be a mistake,” says Piras, adding that schools must redefine their curricula to “produce creative people that can perform at all levels, not necessarily in the fashion design studio, but in other areas of the fashion business or not the fashion business at all.”

Campus, buildings and technology facilities were high points. For UK schools, which have invested heavily in new facilities in recent years — Central Saint Martins moved to a new campus at King’s Cross in 2011, while Middlesex University is set to open an additional 3,300 square metres of teaching space this year. By 2021, London College of Fashion will also move to a new campus in Stratford, East London, bringing the college’s six sites under one roof for the first time.

In a future rocked by uncertainty, Piras adds, educators’ biggest challenge will be to “keep the creativity going.”