LONDON, United Kingdom — She loves Starbucks pumpkin spice lattes, Lululemon leggings, Ugg boots, Disney and old-school Taylor Swift with a passion. Her fashion journey begins and ends at the mall. “Live, laugh, love” is her motto. She likes her wine pink and her (mid-priced) gold jewellery pinker. Her Instagram feed is populated with carefully crafted selfies. She has dyed, over-treated hair, and a tattoo of the infinity sign on her wrist. She likely hails from middle America or provincial England and is largely apolitical. She is the Basic Bitch, and for much of the 2010s she was the spectre that haunted fashion.

“Basic” as the pejorative social identifier we know it to be today originally came from African-American Vernacular English (AAVE) to describe an unsophisticated woman. But in its mainstream (and predominantly white) iteration, the phenomenon of the Basic Bitch is largely a ridiculing of women with unironic tastes in mainstream, popular culture, as exemplified by College Humor’s satirical video “How To Tell if You're a Basic Bitch.” (According to Google Trends, the term reached peak popularity in April 2014, shortly after the video’s release.)

“It was a mainstream, ultra feminine, but also (sometimes) ultra casual answer to fashion and personal style,” said freelance journalist Anne T. Donahue who has commentated on the Basic Bitch and who cites TV shows such as “Laguna Beach,” “The Hills” and “Gossip Girl” as key cultural influences for the aesthetic. “At the start of the decade… you dressed like the music you listened to and the TV shows you watched. Your clothes were just an extension of your high school locker.”

How did such a loaded socio-cultural epithet become such an important fashion talking-point? The Basic Bitch presented a fork in the road for the brands she gravitated to, who faced a clear choice: cater to — and, if possible, drive — her tastes, or conscientiously avoid her and everything she signifies. Her purchasing power was undeniable; labels that the Basic Bitch gravitated to — the likes of Ugg, Michael Kors, Lululemon and The North Face — were generating at least nine figures in sales in 2013.

At the start of the decade… your clothes were just an extension of your high school locker.

The popularity of “basic” brands wasn’t a passing craze. Despite scandals including fatphobic comments from its founder and alleged mistreatment of garment workers, Lululemon has experienced enduring success in a growing activewear space, pushing into menswear and beauty and investing in experiential retail off the back of 10 consecutive quarters beating profit estimates. Meanwhile, The North Face has found a new kind of following in the rise of the gorpcore movement (which made outdoorsy hiking staples and — the brands best known for producing them — “fashion”). Its owner, VF corp, has cited the brand as a key growth driver, with global revenues increasing 9 percent in 2019.

But not all saw lasting strength. While a number of brands were able to capitalise on the mainstream tastes of the Basic Bitch, the likes of Ugg and Michael Kors were unable to balance mass appeal with perceived desirability that justified its price points. Deckers-owned Ugg struggled with overexposure: while net sales increased 15 percent to almost $1.5 billion worldwide between 2013 and 2015, the brand saw growth slow to 2.1 percent in 2016 and a 4.8 percent slump in sales the year after.

Similarly, Michael Kors went from beating analyst expectations in 2016 to shuttering over 100 of its 827 stores the following financial year and relying on new stablemates Jimmy Choo and Versace to bolster its outlook due to slowing demand, poor inventory management and falling mall traffic.

Heading into the second half of the decade, the Basic Bitch silhouette continued to endure. According to data from trend forecaster Heuritech, products such as skinny jeans, leggings, Michael Kors Savannah and Mercer bags and Longchamp’s Pliage have been stable in visibility and volume on social media between January 2016 and October 2019.

Some “basic” staples still manage to gain traction, albeit with a hint of irony. Juicy Couture and its iconic velour tracksuits — a hero product of celebrity-inspired casualwear that gave rise to “basic” fashion — had had its fall from grace by the mid-2010s, only to debut at New York Fashion Week in February 2018. While the event did create some media buzz, with earned media value spiking to $2.2 million compared to $1.3 million the month prior, according to data from Tribe Dynamics, the brand has yet to stage a comeback. 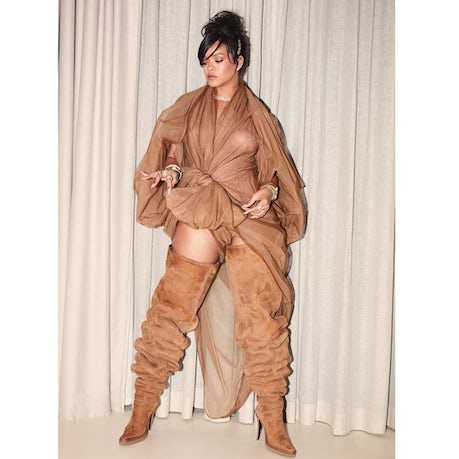 Ugg boots, too, have had a second “moment” thanks to a collaboration with buzzy streetwear-infused brand Y/Project. Creative Director Glenn Martens said he was drawn to the brand because there was “nothing fashionable or design-y about it.” His thigh-high, stiletto-heeled iteration of Ugg’s classic boot silhouette was given a seal of approval by Rihanna, who wore the boots front-row during Beyoncé’s 2018 Coachella performance. It seems to have paid off; net sales in 2018 jumped 3.9 percent, crossing the $1.5 billion mark as it did in 2016.

It may have taken the best part of a decade, but we have finally come full-circle. The North Face jackets, once a Basic Bitch staple, have become a key tenet of the acceptably ironic gorpcore trend, while normcore, which champions brandless looks and unremarkable silhouettes, has turned anti-style dressing into a valid fashion pursuit.

“The concept of ‘basic’ fashion… is also seen in the rise of viral fashion,” said Cassandra Napoli, associate editor at trend forecaster WGSN, whereby interest in a viral product like the Amazon coat or the Zara polkadot dress ranges from cultural shame levelled at those wearing them, to a mocking of Instagram’s homogeneity that doesn’t specifically target those who participate in the trend. “Being ‘basic’ in this context enables those sharing in the aesthetic preference to build a long-term community beyond [the product],” Napoli said.

The rise of the Basic Bitch was a uniquely millennial occurrence: a perfect storm of an evolving celebrity culture, the democratisation of fashion and the ubiquity of social media in our lives. “This decade’s been a clusterfuck for so many reasons, I think we can all agree,” said Donahue. “But one of its benefits, I think, was the erasure of particular labels and meanings we assigned to clothes.”

We’re now seeing “‘basic’ fashion trends emerge as badges of honour,” according to Napoli, as evidenced in the VSCO girl, with Gen-Z “owning… and playing into the irony of it all.” But this new iteration of “basicness” maintains the higher price points of its Millennial predecessor: Fjällräven Kånken backpacks and Birkenstock sandals don’t come cheap. “In this context, being 'basic' is aspirational, offering clout and belonging, but only if you can afford it.”

For Donahue, if the Basic Bitch gave us anything, it was the way mainstream brands — and the people who like them — are now perceived in popular culture. “I’m glad we’re letting people just wear clothes right now… That’s a good place to be, going into a new decade.”