Along the Ugly Path to Beautiful Jewellery

Mining precious metals and stones can often have devastating human, environmental and political impact. What’s being done about it?

LONDON, United Kingdom — “Producing one single gold ring can generate up to 20 tonnes of mine waste, with mercury and cyanide going into the water system,” explains New York-based jeweller Monique Péan, who, several years ago, became horrified by the destructive impact of her industry. “The more I learned, the more frightened I was about how I’d be able to proceed and create beautiful things that spoke to the same sense of quality and craftsmanship as other luxury players and still be able to stand behind the pieces that I was producing.”

Péan is one of a new generation of fashionable fine jewellers who are increasingly building ethical and environmental concerns into their businesses. Each one of Péan’s pieces – which blend references to ancient culture with modern, architectural sensibilities — is now environmentally friendly and sustainable. She uses a combination of recycled gemstones and those obtained from artisan mining companies and larger, environmentally responsible mines.

“It’s exciting to see that more designers are becoming interested and the consumer landscape is changing globally,” says Péan. But while several small, independent operations like Péan’s have embraced ethical jewellery, the situation is much murkier across the wider industry. 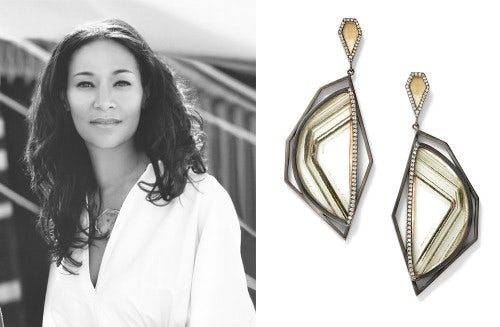 Around the year 2000, the term ‘blood diamond’ became hauntingly familiar to the wider public, first through news reports and, later, as the title of a movie starring Leonardo Dicaprio that depicted the human cost of the diamond trade in Sierra Leone. The film’s epilogue dramatised the industry’s first steps toward developing a ‘conflict-free’ classification for rough diamonds, now widely adopted by reputable jewellers.

For consumers interested in the ethical integrity of their jewellery, however, the story does not end there. Alongside rising concerns about the environmental damage, human rights abuses and dangerous labour practices associated with mining precious metals and stones, the validity of ‘conflict-free’ diamonds has come into question.

In December of 1998, the non-governmental organisation (NGO) Global Witness published a report entitled A Rough Trade on the role diamonds had played in the devastating civil war in Angola. During a period in which over 500,000 lives had been lost, the war effort of the opposition party had been funded by $3.7 billion in diamond sales. A Rough Trade stimulated the creation of the Kimberley Process Certification Scheme in 2002, to which 81 countries — representing 99.8 percent of the global production of rough diamonds — signed on. At the time, the Kimberley Process was seen as a hard-won triumph, an effective response to the destructive practises that had bloodied the diamond industry’s reputation.

There is currently no single universal certification scheme that can provide full reassurance that the jewellery you buy is ethical, though some retailers have taken matters into their own hands. Several jewellers, such as the online retailer Blue Nile, have made a point of going beyond the Kimberley Process by examining abuse reports from specific areas and vetting sources of stones on an individual basis. Along with Boucheron, Cartier, Piaget and Tiffany, Blue Nile is also one of 100 signatories of the ‘Golden Rules’ against dangerous and destructive gold mining practices laid out by environmental organisation Earthworks.

The venerable Swiss jewellery house Chopard launched its first Green Carpet Collection (a response to Livia Firth’s Green Carpet Challenge) in 2013 with earrings and a fairly mined gold bracelet set embedded with conflict-free diamonds. Actress Marion Cotillard wore the set on the red carpet at Cannes. While it represents a tiny fraction of Chopard’s output, the house sees the collection as the start of a larger company-wide journey towards what it calls sustainable luxury. The gold for these pieces was mined from small communities in South America that, together with the NGO Alliance for Responsible Mining, Chopard supported and helped to reach Fairmined certification. 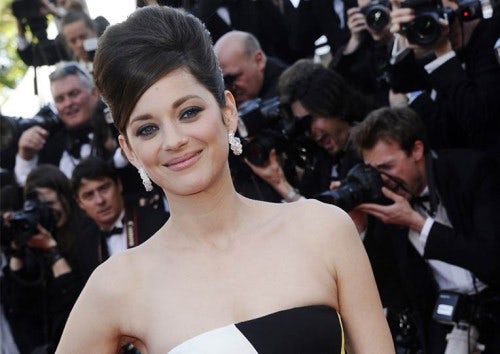 Currently, membership in the Responsible Jewellery Council is touted by jewellers as the benchmark for good practice and the diamonds used in Chopard’s Green Carpet Collection were proudly described as being from an RJC certified member. But, off the record, many are circumspect about the effectiveness of such industry-led initiatives, pointing out that groups like the Responsible Jewellery Council are trade organisations conceived to benefit their members, rather than bodies dedicated to protecting the interests of more vulnerable parties further down the supply chain.

By contrast, a group like Fairtrade “works for the benefit of artisanal and small-scale miners and poor producers,” says Greg Valerio, gold program coordinator at Fairtrade International. Guaranteeing a transparent supply chain from mine to retail, the standards behind Fairtrade gold certification are complemented by a strategic focus on three key issues: eradicating mercury and promoting safe usage of toxic chemicals; sourcing conflict-free minerals; and eliminating child and forced labour.

Fairtrade International currently has three certified sources of artisan-mined gold in South America, with a couple more being readied for certification later this year and nine pilot projects in East Africa for 2015. Together, these mines will bring approximately 1 to 1.2 tonnes of Fairtrade gold to market per annum. Miners receive a $2,000 per kilo premium for the certification and the total cost to a jeweller is only $3.80 per gram on the retail price. Fairtrade began issuing licensing contracts to jewellers in 2011, authorising them to use the Fairtrade stamp on their gold products. Currently over 60 small goldsmiths and 50 licensees are registered in the UK, with additional jewellers in Australia, Canada, Denmark, Holland and Belgium. Later this year, Fairtrade will start licensing jewellers in the US and Switzerland, with Germany and Italy likely to follow in 2015.

Dutch high fashion jeweller Bibi van der Velden is an ambassador in the Netherlands’ for Solidaridad, an independent body that trains miners to achieve Fairtrade certification. She has visited mining communities in Colombia, Peru and Ghana. “I’m passionate about gold mining as I’ve seen what it does to the rainforest, to the ecology and to the millions of people involved in small-scale mining,” says van der Velden. “Changes have to be made; in surface mining, virgin rainforest is cut down, the soil is dug out and sieved to find gold dust, the miners use mercury because it attaches itself to the gold, and they get paid a fraction of what the gold is worth. They are barely able to provide for their families, and with the mining comes social issues such as child labour and sexual abuse.” 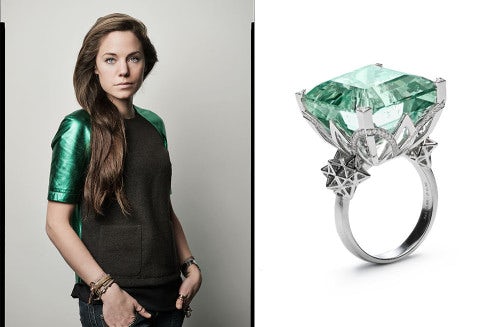 Van der Velden draws a direct link between the high price of gold in recent years and the explosion of destructive and dangerous small-scale illegal gold mining. She was only vaguely aware of the impact of gold mining until she began working with Solidaridad in 2010. Since then, she has seen growth in consumer awareness of the issues surrounding gold, but says that there is not currently a meaningful level of demand for Fairtrade gold. “The demand is small from consumers — I get couples coming wanting ethical wedding rings, but in the end the price is 10 to 15 percent higher than the going market rate and at that point people will nearly always make an opportunistic choice,” she explains. “I wouldn’t put the responsibility or choice on the consumer — it’s a choice the industry has to make.”

Thanks to these initiatives from Fairtrade International, the Alliance for Responsible Mining, and Earthworks, ethically sourced, traceable gold is becoming a viable material choice for jewellers (although van der Velden says that she currently still needs to use three different sources to put together a full kilo of gold for her workshops).

Ethical silver, however, is more of a problem. “It’s rarer, as it is the principle by-product of the refining of certified gold, so the volumes are naturally lower,” says Greg Valerio. The rarity of Fairtrade silver makes it hard for jewellers to commit to using it — van der Velden uses ethical silver in her children’s line Samenhaas, but can’t currently obtain enough to use it in her main line.

Sourcing ethical gemstones is also a problem. Beyond a few sources of traceable stones — emerald, ruby and amethyst from Gemfields, or rare single-mine stones such as zultanite — it is extremely hard to know where stones come from. In May, Global Witness issued a formal call for due diligence in sourcing precious stones, identifying the ongoing trade in diamonds from Zimbabwe and Central African Republic, jadeite from Myanmar (Burma) and precious stones from Afghanistan as examples of materials that fund regimes or organisations associated with repression and human rights violations.

London-based jeweller Pippa Small has direct experience with the issues surrounding gemstone mining in Afghanistan. Since 2008, Small has also worked with the charity Turquoise Mountain in Kabul, which has restored part of the old city and created an institute for traditional craft and art. She has also helped set up a three-year jewellery course teaching business skills and craft techniques, with an aim to showcase Afghanistan’s minerals as well as the skills of the craftspeople. 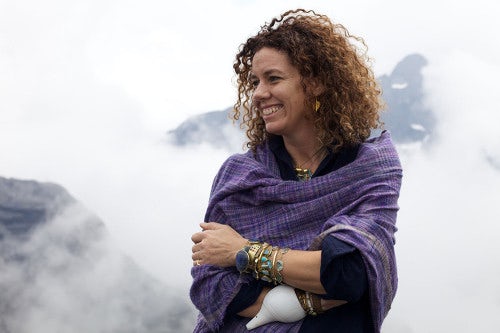 “The mining system is very informal; all the best gems go straight out of the country,” explains Small. “The challenge is to show miners that if they pay tax to the government, they’ll receive expertise and support from engineers in return, and help generate a more formal market. At the moment they’re just sticking dynamite in the ground, which is very dangerous; it’s damaging them and the stones. The government thinks the miners are smugglers and the miners think that government are thieves. It’s an interesting dilemma.”

Indeed, according to the Global Witness report, Afghanistan has reported mineral deposits worth nearly $1 trillion, with an estimated 1,400 illegal mines in operation. Yet in 2013, no more than 3.4 percent of government tax revenues came from mining. By contrast, the Taliban take a 20 percent cut of the profits from mining in areas where they are present, such as Jegdelak in Kabul province, home to legendary ruby mines that date back over 700 years.

Small says that from a jeweller’s perspective, it is almost impossible to know the provenance of a precious or semi-precious stone. “By the time it reaches you in India, for example, you have no idea where it comes from. Gems move and always have done, and there’s not a huge amount of certification; their sourcing still has a long way to go.”

Designers such as Monique Péan and Bibi van der Velden have pioneered the use of non-mined, alternative precious materials, such as fossils, shells and mammoth ivory. Scrapping and re-using metal and stones also continues to provide a healthy alternative source of materials. But, overall, the search for ethical jewellery remains overwhelmingly complicated, awash with competing systems of certification, claims and counter-claims, and informal assurances.

Editor's Note: This article was amended on 7 August 2014. A previous version of this article stated that Solidaridad was a chapter of Fairtrade International. It is not. It is an independent body that works with miners to achieve Fairtrade certification.