NEW YORK, United States — When Warby Parker launched in 2010, it was unlike anything else on the market: the vertically integrated online business offered attractive prescription glasses for $100 instead of $500 or more, as was typical of market leader Luxottica, and a user-friendly, free home-trial program. In its first year in business, it sold more than 20,000 pairs of glasses.

Facebook was a key — and largely free — tool for Warby Parker to reach customers, answer questions, convert sales and build its now signature brand identity. (The company — which has raised $215 million from investors, has been valued at around $889 million and built a brick-and-mortar network of over 50 stores — remains ahead of competitors.) But today, Facebook, which acquired Instagram in 2012 for $1 billion, has become a crowded and costly place where brands must pay to play.

Between 2013 and 2017, the number of advertisers on the platform increased from one million to five million. While Facebook’s hyper-specific targeting has evolved leaps and bounds in recent years, managing the increasing costs of reaching larger and larger audiences there is just one of the many challenges that growing digital native brands face today. And it’s one reason why Warby Parker has continued to focus on opening physical stores, planning an additional 25 in 2017.

Acquiring customers has long been a particular and unavoidable challenge for fashion and retail brands. And while the barriers to entry for launching a brand has decreased significantly in the digital age — allowing entrepreneurs to set up shop and supply chains quickly, and avoid wholesale markups, gaining unbound access to audiences — the competition to acquire and retain customers is higher than ever before.

“When we started, there were a lot of blogs and outlets that were really hungry for content,” says Abe Burmeister, founder and creative director of Outlier. The profitable direct-to-consumer online menswear company, with revenues north of $5 milion, launched without investors in 2008 and only started systematically paying for marketing this year. “Now it’s a lot noisier of an environment…. There’s no high street on the Internet. Traditional retail is location, location, location.”

The pressure to sustain growth in a crowded and competitive marketplace — vastly different than the one they entered — has compelled many brands to raise additional funding, allowing them to acquire more customers by paid marketing online or by opening physical retail stores offline.

Outdoor Voices, for example, has raised nearly $23 million, most recently through a $9 million convertible note (led by current chairman and former J.Crew chief executive Mickey Dexler), which is a debt round that is converted into equity at the next round of equity funding. Everlane, which partnered on pop-ups with Nordstom in September, has raised at least $18 million, according to reports. Bonobos raised $120 million before selling to Walmart in June for $310 million.

Ari Bloom, an investor and chief executive of fashion-tech firm Avametric, posits that a lot of direct-to-consumer companies that found initial success attracted venture capital funding because investors thought brands could maintain those initial rates of growth. “That’s fundamentally wrong in many cases in e-commerce because [sales growth] is not a proportionate increase,” he says. “There is an assumption that prices of raw material and labour don’t go up [as you scale],” which is not always true. “[Traditional VC funded tech companies, like social media firms] — it’s okay for them to be highly unprofitable. They have very different economics. Inventory is a completely different game.” Retail brands measure success by profit margin, not by the number of users that visit their websites. 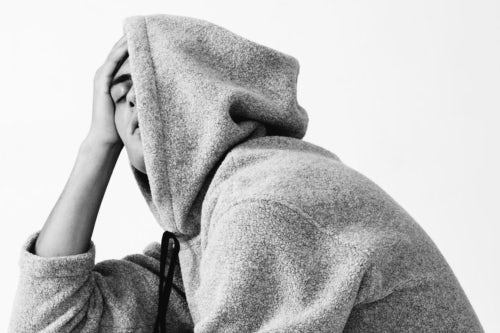 However, that doesn’t mean eyeballs aren’t important. In order to eventually make a sale, brands must insert themselves into the cultural conversation so that the customer knows they exist in the first place. Today’s brands are not just competing with other labels, but also with social networks and streaming services — anything that engages users online — for attention. “Getting [consumers’] attention and keeping it are very different,” says Bloom, adding that the over-saturation of brands will lead to “inevitable” mergers and acquisitions. (In 2017, Boohoo’s acquisition of NastyGal’s intellectual property and Walmart’s acquisition of ModCloth and Bonobos represent the first wave of this.)

“For some companies, the objective is to build big enough — $100 or $200 million — to sell to a larger company has the infrastructure to scale the business,” says Bloom. “It may not be a win for a venture capitalist” — who aim for higher returns on investments than these acquisitions often generate — “but for founders and employees, it can be a big win.”

However, reaching $100 million in annual sales is in itself a tall order. Even if direct-to-consumer digital brands do grow profitably, there comes a natural point where the label’s organic community of consumers tops out. “Businesses get a lot of press for building sticky communities,” says Bloom, “but there is a limit on how big that community can get and it doesn’t always translate into buying products.”

Burmeister says Outlier was lucky that its organic growth — driven by Twitter, Facebook, Instagram and Reddit, where the brand has an active dialogue with consumers — lasted an impressive eight years before capping out.“We always knew, ‘Wow, this is too good to be true,’” he says. “We have a limit on what we can spend. We reinvest everything back into the company.”

While Facebook ads have been the most effective for Outlier in terms of “brutal effectiveness,” Burmeister says it leaves something to be desired. “They are very good at targeting and finding audiences, but not good at creating a desirable piece of content.” For Outlier — Instagram Stories, which take up the entire screen — provides the closest online experience to a magazine ad. 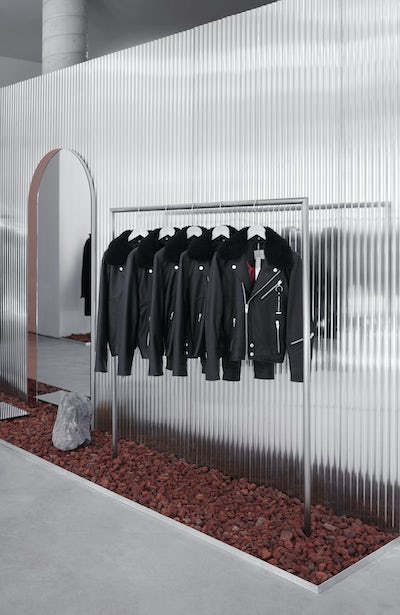 The Arrivals, a direct-to-consumer outerwear brand founded in 2014 by Jeff Johnson and Kal Vepuri, also started paying for marketing for the first time in the fall of 2016, when it realised that its product margins were such that the company could break even in 2017. (The company is funded by co-founder Vepuri.) It now allocates a set percentage of its margin, which varies from year to year based on the size of the collection and season, to customer acquisition costs. Johnson says the brand’s hero pieces, such as the Ranier structure jacket, drive the business because of the unique combination of quality (made at the factories that produce leather jackets for Prada and Chanel) and price (under $1,000, far more affordable than comparable products at brands like Acne Studios, Saint Laurent or Helmut).

"Our first really palpable inflection point was last fall with the introduction of our physical stores," says Johnson. "It felt like a release valve had been opened, there was a pent-up audience."

In the last year to date, The Arrivals has seen a 200 percent increase in traffic from Instagram, its most effective channel. Much of that increased social media traffic has been driven by events at its pop-up stores, the latest series of which opened in October in New York, San Francisco and Los Angeles. Another focus this year for The Arrivals has been actively growing its e-mail list for the first time, mostly through digital partnerships with branded partners, such as Away and Shinola. Together, the brands offer consumers a chance to win a bundle of free products and share the resulting gathered email list. Its list has grown 155 percent this year.

Koio Collective, a luxury sneaker company founded by Chris Wichert and Johannes Quodt in 2015 with 7-digit sales revenue, has also benefited from such email acquisition giveaway partnerships. The brand, which works with the same factories that produce luxury pairs and sells them for a fraction of the price, raised $2.3 million to date and expects sales to grow 400 percent this year. Its first pop-up in New York’s Soho has been profitable since it opened, and the company has since signed a five-year lease on the space.

While the company spends a “couple thousand dollars” per month on paid marketing, it attributes 2017’s growth to its new series of sneaker collaborations with influential and creative individuals. Koio’s first partnership was with the celebrity tattoo artist Jonathan Valena, better known as JonBoy.

“We've seen that [influencer collaborations] are a great way to reach customers in an authentic and honest and true way,” says Quodt. “This way we get marketing for free. [JonBoy] has posted it probably 20 times on his Instagram, he's seeded it to his top 25 clients and he came into the store to do an event with us.” Koio pays him a percentage of the shoe’s sales revenues. “He's motivated to push the sales to get it to his people, to promote it,” says Wichert.

But while these customer acquisition strategies may prove effective for some, they may not work if a brand’s product is easy to replicate. “It comes down to differentiated products, that’s going to be very key,” says Bloom. “That’s why everyone is scared to death of the bigger players that have some of the scale to recreate the product at lower prices…. People have access to a lot of different options and you have to provide that option that is going to wow them over and over again.”

For Outlier, a differentiated product is its chief concern. Several of the brand’s fabrics are the result of exclusive collaborations with mills, and it has a patent on a sleeve construction. “There is pressure to be constantly creating things that don’t exist,” says Burmeister. Surprising and delighting customers is also key to retaining them, he adds, as is answering questions, maintaining an open dialogue and being as upfront as possible.