NEW YORK, United States — Fine jewellery is no longer just for ladies who lunch; the category, once characterised by investment pieces, has been lead in a more fashion-focused, trend-based direction thanks to the rise in the early 2010s of social media-savvy designers like Gaia Repossi, Delfina Delettrez, Irene Neuwirth and others.

Since then, the segment has a bevvy of new entrants — including Kova, Dauphin, Completed Works and Foundrae, the latter of which has experienced a meteoric rise to success, growing from two stockists to 23 in little over a year. And, according to industry observers, department stores in New York and London now carry, on average, 40 percent more fashion fine jewellery brands than in 2012.

"The rate at which the industry moves has become a challenge for fine jewellery brands,” says Emily Robertson, a consultant for jewellery startups. "The pressure to bring in newness can be paralysing."

The runway is increasingly influential on fine jewellery trends, from Céline's oversized earrings to Givenchy's earcuffs and Gucci's statement rings. But while trends cycle through at an ever-faster clip, fine jewellery remains a time-consuming, and cost-intensive craft. Addressing both is a precarious balance, that only the most successful brands know how to master. 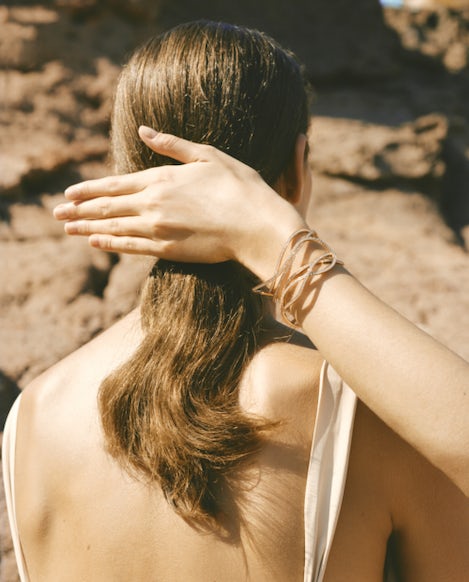 "Delfina [Delettrez] retains newness by adapting past pieces with small yet focused adjustments," says Patti Worth, a buyer at MatchesFashion, who added that the retailer prefers multiple deliveries throughout the year to a single drop.

Delettrez’s strategy means the designer can lower her upfront investment and retain the newness that is generally associated with fashion rather than with fine jewellery. By restricting the number of new designs, a jeweller expects to minimise development costs; the challenge is to sustain demand for signature styles.

Multi-brand retailers like MatchesFashion remain critical marketing platforms for new jewellers. Colette stocked a capsule collection of six couture cocktail rings priced between $12,000 and $20,000 by Kova, a two year-old London brand, for the Spring/Summer 2017 season. Although none were sold at Colette, two were later bought directly from Kova by a young collector in Moscow who had discovered the brand through the French retailer.

Fernando Jorge, a London-based jeweller from São Paulo, says "retailers are now more important than ever as they have the clientele, location and exposure.” Yet those advantages have to be weighed against the often considerable cost of doing business with such retailers, many of which require fine jewellery designers to work on consignment.

"Due to the high price point of some pieces and the fact that they can be limited edition, fine jewellery lends itself to consignment," says Worth. Sarah Blair, senior vice president of women’s accessories and shoes at Barneys New York, adds that the consignment model allows for fluid inventory insight enabling both buyers and designers to course correct inventory on the shop floor and online.

However, consignment creates significant risk for jewellers. “Consignment terms mean the designer invests to produce a selection for the store and has to assume all the risk,” says Valery Demure, a sales agent for independent fashion fine designers.

For example, Sabine Getty, the Swiss-Lebanese jeweller, took orders from multi-door American department stores Bergdorf Goodman and Neiman Marcus six months after launch in 2012. "That was the beginning of my hell," she says. "The amount of stock that we had to produce on consignment put the company under tremendous pressure." As a result, she pulled back from department stores, opened a private sales showroom in London and restricted distribution to 10 stores worldwide. 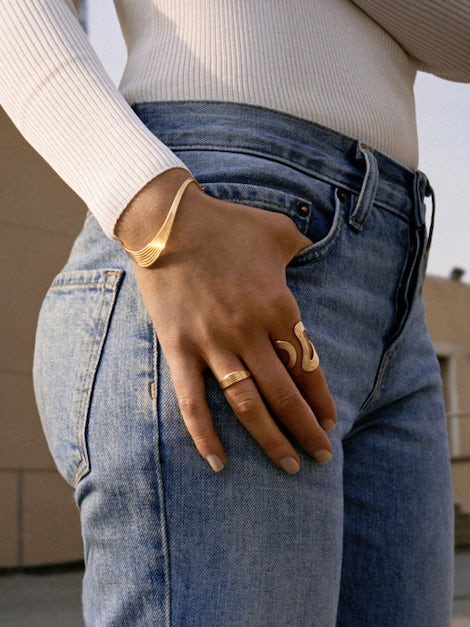 Charlotte Chesnais, who designed Balenciaga’s costume jewellery under Nicolas Ghesquière, launched her own brand in 2015 and incorporated 18 carat gold and diamonds on her third collection last year. (While 100 stores stock Chesnais’ non-fine jewellery, 15 carry her fine jewellery, with 11 of those on consignment). "I should have waited longer to launch a fine jewellery collection," she says. "The delay between orders and sales put too much stress on our cash flow."

Noor Fares, the French-Lebanese jeweller based in London, favours private sales events as they "help sustain the cash flow and are a boost in the summer when traffic is slower in urban centres," she says. But building a network of wealthy, direct customers is increasingly complex. "Everyone is going after the same clients, a niche that is getting extremely solicited," Demure says.

One solution is for retailers to host trunk shows, which create pre-orders that can provide the capital for a designer to produce a piece. Designers still benefit from the exposure a retailer brings, and retailers still benefit from a cut of the margins. "Over the past six months, we’ve seen a trend for stores to do trunk shows before incorporating a new brand,” says Laura Muscat, director of fine jewellery at Rainbowwave. “Retailers are now testing before buying.”

Still, it remains a prohibitively expensive category to enter. "New designers, no matter how talented, won’t make it unless they have a million dollars in the bank. It has become a rich people’s trade,” says Julian Exposito-Bader, former head of jewellery buying for Amazon Europe.

Regardless of initial capital, establishing an attractive and trustworthy brand image is particularly paramount to the success of any brand in this category.

“Cartier and Van Cleef you’ve heard of your whole life. Why would you go to an emerging jeweller with no credibility?" Getty asks.

Lucien Pagès, owner of his self-titled Paris-based public relations firm, describes the category´s leading brands — Gaia Repossi, Delfina Delettrez, Irene Neuwirth — as "fashion’s nouvelle vague. They are very successful in terms of communications because they tap into the aspirations of today’s consumers."

Here, social media can be an indispensable tool. Fernando Jorge and Noor Fares highlight Instagram as a key point of contact for retailers as for direct consumers. Fashion jewellers are expected to be present at their trunk shows, host meet-and-greet events, attend key social events and, like Venyx´s Eugénie Niarchos, portray the lifestyle that a new generation of jewellery consumers aspires to.

Stéphanie Roger, who worked in international development for Cartier and Chaumet before opening Whitebird, a two-door retailer in Paris, notes that their clients want to know who designed their jewels. Which, she adds, is not the case with global brand customers.

"It is no longer about the biggest diamond in the world but about the designers’ style,” Pagès says. “They compete using their personalities.”