That a Belgian, a Canadian-Korean, a Dominican, a Brit and a Scot are breathing new life into America’s most admired fashion brands underscores the country’s status as a nation of immigrants.

That a Belgian, a Canadian-Korean, a Dominican, a Brit and a Scot are breathing new life into America’s most admired fashion brands underscores the country’s status as a nation of immigrants.

NEW YORK, United States — What does it mean to be an American fashion house? The designers currently overhauling four of the country’s most beloved but challenged brands are attempting to answer this very question. Yet what unites them is not a shared approach, but a common trajectory as foreigners who have all followed their respective paths to New York City. Especially in today’s political climate, that a Belgian, a Canadian-Korean, a Dominican, a Brit and a Scot have been charged with breathing new life into some of America’s most admired fashion brands underscores the country’s status as a nation of immigrants, whose rituals, tastes and customs are melded together to define its own. How will they reshape America’s best-known fashion houses?

Belgian-born Raf Simons has dominated fashion headlines since his August 2016 appointment to the newly created role of chief creative officer of American fashion behemoth Calvin Klein. Simons, who moved to New York to take up the position, has been tasked with boosting the brand’s ready-to-wear business. The early results are promising: his Autumn/Winter 2017 effort, a thrilling commentary on America as seen through a European’s eyes — see: cowboy boots, Western shirting, sewing-circle quilted jackets — was a hit with both editors and buyers (the number of retailers set to stock the line has increased tenfold).

The collection’s denim was very much inspired by Helmut Lang, another European who once took New York by storm. “I always pick up a lot of where I am,” Simons said after his namesake label’s show at New York Fashion Week: Men’s in early February. “I can only see this city as a city with incredible energy. I think there is incredible freedom in the streets.”

But designing the runway collection is just a small slice of Simons’ overall brief at the multi-tiered, multi-billion- dollar Calvin Klein, where marketing-fuelled sales of underwear, fragrance and denim make up the vast majority of revenue. This is new territory for the directional and highbrow Simons (his first denim campaign features models posed in front of contemporary art). But his perfectly timed men’s underwear advertisements starring the cast of “Moonlight,” which won the Oscar for Best Picture the night before the campaign launched, indicate that he may yet have a salesman’s soul.  — Lauren Sherman 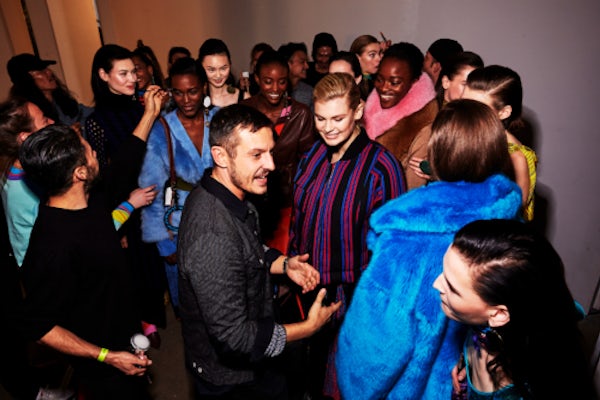 After shuttering his own London-based label, Scottish designer Jonathan Saunders moved to New York last year to breathe new life into a brand built around one of fashion’s most prominent personalities (and initials): Diane von Furstenberg, better known as DVF.

Taking on a namesake brand is always a tricky business and, for Saunders, the task was made all the more challenging by von Furstenberg’s iconic status, a European princess turned American feminist entrepreneur. But since the designer became DVF’s first chief creative officer in May 2016, he has managed to retain her spirit while bringing much-needed modernisation (and a clean new logo) to the brand, highlighting their shared love of colour, print and movement.

Saunders’ quiet Spring/Summer 2017 debut — an exercise in eccentric sophistication filled with scarf- hemmed and print-collaged silk crêpe de chine dresses and wide-leg cuffed pants — was well received. For Autumn/ Winter 2017, Saunders built on this foundation, mixing eveningwear fabrics with daywear textures. But there have been growing pains: in November, chief executive Paolo Riva — who von Furstenberg previously called an “heir” who could steer the company “for the next decades” — resigned and Saunders has highlighted the risk of von Furstenberg’s personality outshining the product.

“It’s difficult to be able to come in as an outsider and have an instant, broader understanding, culturally, of where the brand is from,” said Saunders. “Diane has always had a sense of pragmatism married with creativity. And that’s the real American ideology and sensibility. But unusually, with Diane von Furstenberg, the pragmatism isn’t transmitted so directly as the idea of sportswear that touches many brands from the States. It’s really a fashion brand with a fashion point of view.” — Chantal Fernandez 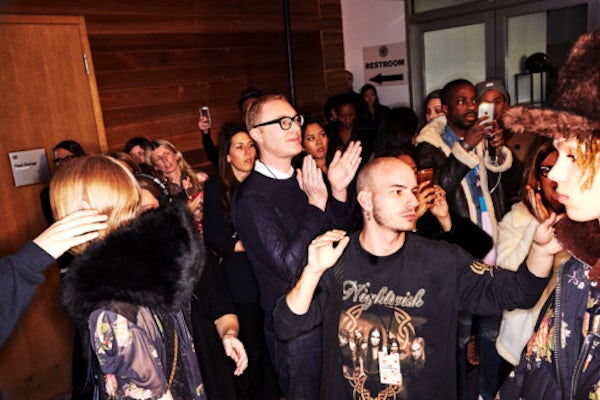 Skate, rockabilly, street: there isn’t a niche of teenage culture that the British-born Stuart Vevers, who joined Coach as the company’s creative director in 2013, isn’t eager to explore. He filters those references through the American films, television and music first encountered in his own youth spent in Northern England’s industrial South Yorkshire. Vevers’ Autumn 2017 collection, for instance, looked to the dry, dusty prairie lands of Terrence Malick classics “Badlands” and “Days of Heaven” — two sweeping films he returns to time and again — which he managed to successfully cross-pollinate with 1980s hip-hop culture.

“One of the things I’ve loved exploring at Coach is, ‘What does American luxury mean?’” Vevers said before his February 2017 show. “Really digging into that as an idea. Yes, it’s about ease. Yes, it’s about referencing American style and cool. But Coach is about making things, and craft.”

After several quarters of declining sales, Vevers’ tenure at Coach has been a hit. Not only has he made ready-to-wear — in particular, outerwear — and shoes top-performing categories in a 76-year-old business that has forever relied on handbags to drive margins, but he has also managed to give the brand a measure of pop culture relevance. His animated “Rexy” dinosaur, a motif that started as a one-off novelty, has turned into a brand signifier nearly as strong as Coach’s horse-drawn carriage logo. — Lauren Sherman 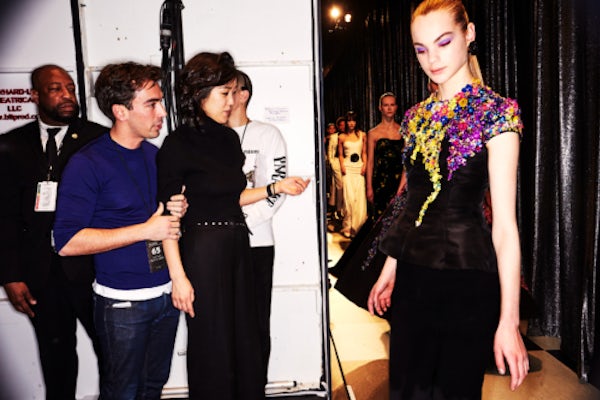 In many ways, Oscar de la Renta is the quintessential American fashion house. At the same time, the late designer ran his studio much like an old European atelier, reflecting his experiences with couturiers including the revered Cristóbal Balenciaga.

And yet, like the Dominican-born de la Renta, his newly installed successors, former employees Laura Kim and Fernando Garcia, have chosen to make America their home. The Canadian-Korean Kim and the Dominican Garcia, who worked for de la Renta for 12 and six years, respectively, say that the most American thing about the designer — and in turn, the house that bears his name — was his entrepreneurial spirit.

Kim and Garcia are cut from similar cloth. In between stints at Oscar de la Renta, the duo developed their own label, Monse, to swift commercial and critical success. Less than two years later, Oscar de la Renta chief executive Alex Bolen not only re-hired Kim and Garcia, this time as co-creative directors, but committed to financially backing Monse. “Where else can you start up a brand and see such fast results?” Garcia said. “There’s no other place where we could be doing Monse and Oscar at once.”

The designers are also dedicated to honouring de la Renta’s aesthetic vision, while bringing a welcome modernity to the collection. Their freshman runway show succeeded on some accounts — especially in terms of colour choice and silhouette — but failed on others, like fit. And questions remain on whether the duo, despite their drive, may have taken on too much by committing to growing their own line while reinvigorating another.

It’s a monumental task, even more so because Oscar de la Renta is not a business built on fragrance or accessories, but ready-to-wear, which is more challenging to sell. Maybe that’s why, in the world of Oscar de la Renta, the customer may not always be right, but she was certainly always heard. And what’s more American than good customer service? “That’s why we still sell clothes,” Garcia said. “Which is very rare nowadays.” — Lauren Sherman