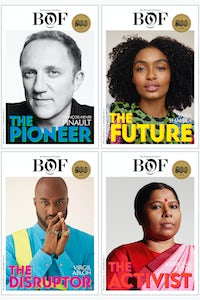 The Business of Fashion is proud to present the 2018 edition of the #BoF500 in partnership with JHSF.

LONDON, United Kingdom — It’s been a harrowing year for the fashion industry, with the revelations of long-standing sexual abuse of models at the hands of top photographers Mario Testino, Bruce Weber and Patrick Demarchelier; accusations of sexual harassment at Guess; and high-profile executive exits linked to inappropriate behaviour at Lululemon, Stuart Weitzman and Nike.

The industry has other deep problems too. Back in 2015 for our fourth special print edition, titled “Seven Issues Facing Fashion Now,” BoF outlined the key challenges facing fashion — from sustainability to the representation of women in boardrooms and the lack of ethics in our supply chains. While fashion has made progress in some key areas, most notably opening up to a wider spectrum of races, shapes and genders, in many other areas — sustainability, gender parity and the conditions and pay for the people who make our clothes — we still have much more work to do. 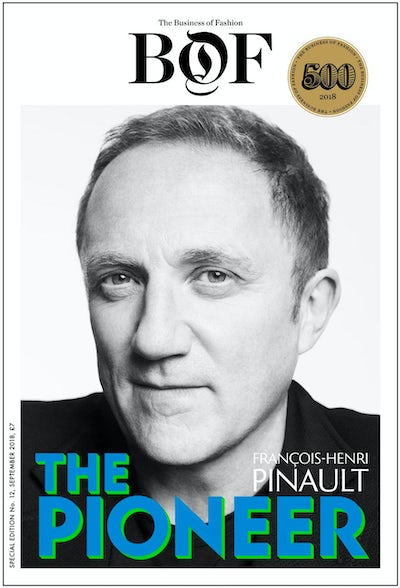 All of this made us think carefully about the sixth annual BoF 500, celebrating the people shaping the global fashion industry. What is there to celebrate at a time when the wider world seems so dark and gloomy, and when fashion still has so many deep-rooted problems to solve?

We decided to embrace optimism and focus our lens on the people who are tackling some of these issues head-on: the pioneers, disruptors, innovators and activists who make up fashion’s new vanguard. They are executives embedding deeply held values at the heart of their business models; boundary-breaking designers setting an example for others to follow; activists fighting for social justice; journalists holding the industry accountable for its misdeeds; biologists inventing new sustainable materials; and creatives embracing genuine inclusivity.

Our issue begins with a rare in-depth interview with our first cover star François-Henri Pinault, chairman and chief executive of French luxury goods powerhouse Kering. Mr Pinault has been making headlines in the financial press for the spectacular growth of his blockbuster brands Gucci, Saint Laurent and Balenciaga. But what sets him apart is his belief that strong business performance must be accompanied — even enabled — by an equally strong focus on doing the right thing; fostering an empowering culture that enables top business and creative leaders to do their best work, creating an equitable working environment for women and placing a primacy on sustainability. His approach to uniting profit and purpose is a model we can all learn from. 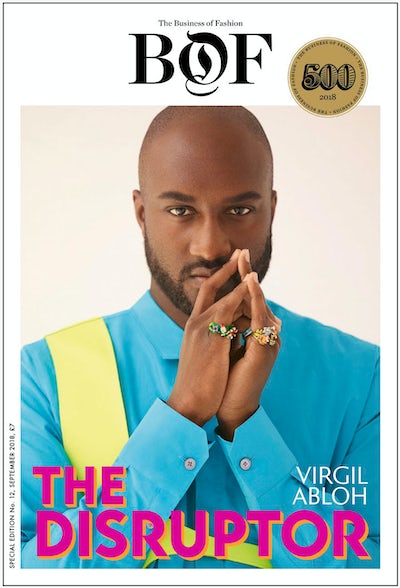 Ever since Virgil Abloh first appeared on the fashion scene, he has attracted naysayers. Much of that scepticism was put to rest this past June when the Ghanaian-American founder of luxury streetwear sensation Off-White unveiled his debut collection as men’s artistic director of Louis Vuitton. As always with Virgil, a wildly talented polymath from Rockford, Illinois, everything was carefully considered. He knew this was his opportunity to make a statement about what his tenure at the world’s most famous fashion brand could represent. As Virgil posted on his Instagram on the day of his debut, if he can do it, “you can do it too.” No wonder he has become a role model for kids around the world chasing their dreams.

Eighteen-year-old “Black-ish” actress Yara Shahidi — anointed by Michelle Obama, Oprah Winfrey and Tory Burch as the next big thing — is just at the beginning of her career, but she is already making waves far beyond television for her eloquence, intelligence and ideas — not to mention her multi-racial beauty. As Yara says, “brown faces are bankable” too. The Harvard freshman will also be busy this autumn convincing first-time voters to participate in the US mid-term elections.

Our fourth cover star, Kalpona Akter, who began working in a garment factory in Bangladesh at the age of 12 and has become an activist for Bangladeshi garment workers, is someone that many of you will not have come across before. But understanding the issue she is advancing is of critical relevance to anyone working in fashion — or anyone who buys clothes. 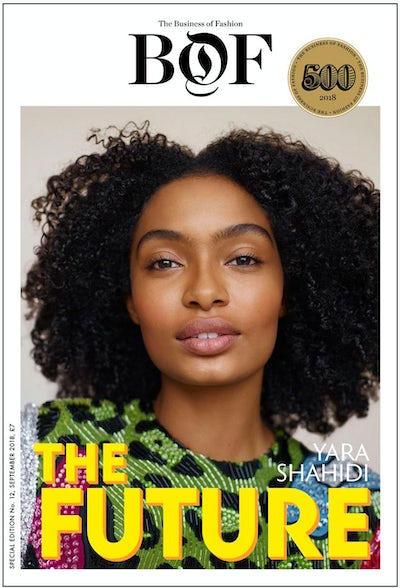 The plight of four million garment workers in Bangladesh (and many millions more in other low-cost manufacturing countries around the world) first really entered the global consciousness after the tragic Rana Plaza disaster in 2013, when 1,134 people were killed in the collapse of an eight-storey commercial building after years of structural neglect in the worst disaster in the history of the garment industry. Every year, we mark the anniversary with reflection and campaigns, but for the garment workers of Bangladesh not much has changed.

Kalpona says that while conditions in factories have become better, safety is still a problem. Workers remain grossly underpaid for their work. A Bangladeshi garment worker earns around 5,300 taka or $62 per month — not enough, she says, to cover the monthly living costs of one person, let alone the family they need to support. Furthermore, 80 percent of garment workers are women, and many of them are victims of gender-based violence from the factories’ male owners and management.

This reminded me of a piece of data Mr Pinault shared during our interview: one in three women will be a victim of violence in their lives. He says this is true across developed and developing countries alike, and across social classes. When you consider this sobering statistic through the lens of fashion — an industry that mostly employs women, that is mostly consumed by women, and that uses women as its most prominent faces — it makes you wonder why we as an industry aren’t doing more to address this, following the lead of individuals like Mr Pinault and Kalpona Akter. 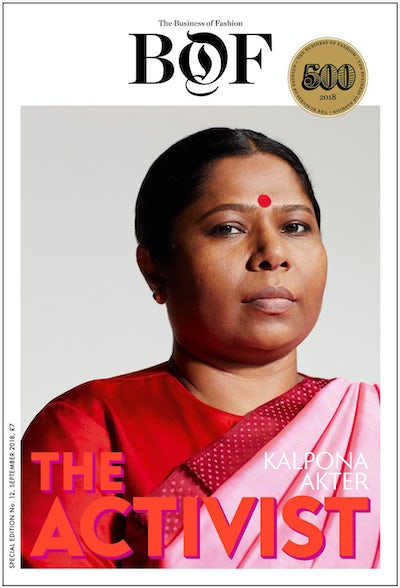 So, when compiling this year’s #BoF500 list we really thought about the people we can learn from, the people who are leading the way, the people who are shaping the industry we want to be. The 96 fresh new names we have added to our global collection of executives, entrepreneurs, editors and creatives to watch are more inspiring than ever.

I’ll leave you with one final thought. Right now, there is nothing more important than the stories of women like Kalpona and countless others who have faced abuse and discrimination throughout the fashion industry, from factory floor to fashion shoot. We need to continue to hear their stories, amplify them and not let this important moment pass us by without the reflection, reconciliation and repairs that we need to move ahead stronger and better.

There is simply too much at stake if we don’t.

On September 9th, BoF will host the #BoF500 Gala in New York in partnership with JHSF and Nordstrom.