A flurry of activity around France’s leading fashion prizes has resulted in a more complete ecosystem of support for young designers. BoF reports.

PARIS, France — Quite the quadrille has been taking place around France’s most prestigious awards for young fashion designers. This year, Chanel has become one of the principal sponsors of the Festival d'Hyères, Kering has joined the list of sponsors backing the ANDAM award and LVMH has launched a new award of its own, dubbed the LVMH Prize. The first winner, to be announced on May 28th, will be awarded with a grant of €300,000 (about $411,000) and a year of business mentoring, making this the largest such prize in the world.

For sponsors, fashion prizes can offer important opportunities for brand building. With multiple stages — from application to shortlist to winner announcement — an award guarantees sponsors a long run of positive media exposure. A well-juried award can also be a way of building relationships with the young talent that fashion houses need to power their brands and studios, though Jean-Paul Claverie, advisor to Bernard Arnault and head of corporate philanthropy at LVMH, is adamant that the LVMH Prize fits under the umbrella of the group’s corporate philanthropy unit rather than its business divisions. “Yes, we will be in touch with [the winners], we will know them and we will have complicity with them, but it’s absolutely not about us having part of their company — it’s not business development for LVMH,” he says.

But as the scope and sophistication level of fashion awards grows, it’s worth remembering that things were not always this way. This year marks the 25th anniversary of the ANDAM award, one of France’s longest-running fashion prizes. “Twenty-five years ago in France we had haute couture, but the luxury groups were not yet formed and the fashion culture industry was a new idea,” says ANDAM founder and director Nathalie Dufour. “I built the award on the idea that fashion is an art, but that it is also close to industry and that you had to build, promote and give money to help French and foreign fashion designers who want to build a business in Paris.”

Dufour started the award as a joint enterprise between France’s ministries of culture and industry, with the backing of Pierre Bergé, then president of the DEFI (a committee for the development of the garment industry).

In 1989, ANDAM’s first winner was a young Belgian designer called Martin Margiela who presented deconstructed designs on masked models wearing tabi boots that trod red paint along a white cloth-covered catwalk, and a sensational avant-garde défilé in an impoverished, rubble-strewn Paris ghetto. “Back then it was an award for creativity,” explains Dufour. “[For Margiela] it was symbolically very important to have the recognition of Pierre Bergé – it was like a cultural homage – but in those days we didn’t really think about the designer’s company or their future success.”

Over the coming years, Dufour approached French retailers like La Redoute and Monoprix, inviting them to become involved and collaborate with the award winners. “The idea was to give creativity and youth to these brands; they gave money and the prize became more important.”

In 2000, LVMH stepped in to support the award and this year, with Kering on-board, the prize purse has swelled to €250,000, the mentoring program has become more comprehensive and the prize itself has morphed from an acknowledgement of pure creativity to something closer to a business booster.

Fashion is a cash flow intensive business. Even when a fashion start-up is growing nicely, each season, these young businesses are forced to incur the costs of producing samples, staging shows, ordering fabrics and manufacturing collections long before they are actually paid by customers, meaning that, with limited capital resources, even high-potential businesses can easily go bankrupt.

“It is not artificial to help young designers; they really need support and cash flow,” says Dufour. “To have a strong company you need a big turnover — luxury requires big investment — to show, it is very expensive; to produce, you need to have good cash flow and you need to spend money on marketing. It’s not like being an artist. We have to support the new generation in France.” 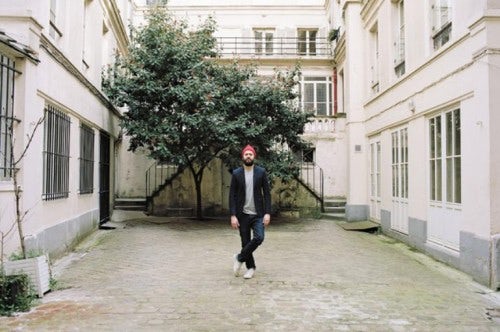 Maureen De Clerq, a professor in the fashion department of Antwerp’s Royal Academy of Fine Arts and coordinator of awards for the school, has seen the impact of major prizes on the careers of students past and present. Earlier this year, Hyein Seo’s bachelor collection was picked to be presented at the VFiles Made Fashion show at the start of New York Fashion Week. Two weeks later she was awarded Best Designer in the British Fashion Council’s International Fashion Showcase for Emerging Talent. And by the time the fashion week carousel had hit Paris, her eye-catching white fur ‘Fear’ stole was draped around Rihanna as the singer expertly worked the paparazzi. This June, Seo will graduate with an MA from the Academy.

“It goes so fast after winning an award like that,” says De Clerq. “It gives a lot of visibility, being able to show your work to people in a professional way and now it’s going very fast for her.”

Last year, another student at the Academy, Minju Kim, won the H&M Award for students. For those who have the strength to cope with it, De Clerq sees prizes like these as providing invaluable experience. “After she received the award, she had a lot of press and requests for fashion shoots and demand from stylists — she went through the whole rollercoaster of being a fashion designer in producing her collection, from working with suppliers to commercials in a short space of time.” After graduating last June, Kim created a collection for H&M. Then earlier this year, she became the most recently graduated designer to be nominated for the LVMH Prize.

But there is a flipside to such excitement. Young designers can sometimes feel great pressure to capitalise on the exposure that an award can bring by growing too quickly, only to have their businesses collapse under financial and administrative pressures a few years later.

“The world is full of awards — every week we get demands for participation, but only three per cent of what comes in is interesting to us,” says De Clerq. “You can tell if a company is only organising an award to get press attention; it doesn’t work, the students won’t pick it up. And a prize such as an internship at a commercial company isn’t interesting for the students.”

But for something like the long-established Festival d'Hyères — for which, this year, Chanel pledged to invite the winning designer to work with their “Métier d’Arts” ateliers (including the embroiderers Lesage and Montex, the feather and flower makers Lemarié and the master pleater Lognon) to create five silhouettes to the tune of €15,000 — De Clerq will work with her students to develop their portfolios, and guide their approach to styling and presentation.

The Hyères prize is aimed at graduating and recently graduated students. In addition to the Métiers d’Arts project, the winner of the Grand Prix du Jury will receive €15,000 from Première Vision and visibility at their shows in New York and Paris, as well as a commercial collaboration with Petit Bateau, before returning to Hyères the following year to show new work. There’s something of a salon spirit to the whole enterprise. Jean-Pierre Blanc, founder and director of the Festival d’Hyères, and his team recently launched an initiative inviting previous winners to return to the festival to use it as a networking site for meetings with jury members, sponsors and other professionals. 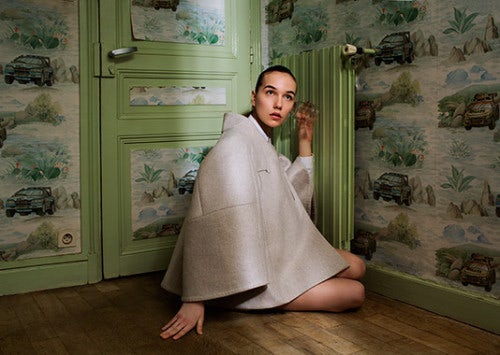 Unlike ANDAM and Hyères (which LVMH also supports), the LVMH Prize reflects the global scale of fashion industry. “ANDAM and Hyères are more dedicated to the national stage — we wanted to open our dedication to all continents and touch designers from every country… Fashion creation is totally global — the world is changing — we’ve had designers applying from India and Nigeria. It makes me very optimistic for the future success of the prize,” says Jean-Paul Claverie.

But at its core, the LVMH Prize is about providing designers with access to some of the leading figures in fashion. In February, thirty semi-finalists had the opportunity to meet and present their work to the likes of Anna Wintour, Nicolas Ghesquière, Raf Simons, Karl Lagerfeld and Delphine Arnault.

“It was fantastic for the designers to meet all these experts. Many of them are not so easily reachable, so to be in the same place as them and exchange ideas with them is a very positive experience,” adds Claverie. “The credibility and strength of this prize lies in this process; the involvement of all of these people is very important.”

In Paris, the ecosystem of support for young designers has traditionally lagged behind New York and London; few young fashion businesses based in the French capital have achieved the scale or media profile of their counterparts in New York or London. But with the growing scope and sophistication of French fashion awards, the elements of a more comprehensive support system for young designers at various stages of their development seem to be taking shape.

“In France, we try to manage different types of support for young designers after they graduate and at different stages of their careers,” says Jean-Pierre Blanc of Hyères. “The first support is our festival, then after two collections there is the LVMH Prize, then ANDAM and after that the support of the French Federation Council.”

“Actually we didn’t [plan for it] to be like this at all, but we’ve ended up with quite complete support for young designers from leaving school through the beginning of their career.”