Waight Keller succeeds Riccardo Tisci and is the second female designer to take the creative lead at an LVMH couture house. 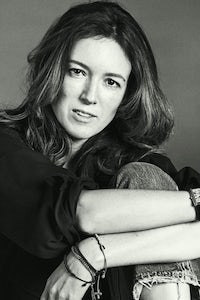 Waight Keller succeeds Riccardo Tisci and is the second female designer to take the creative lead at an LVMH couture house.

PARIS, France — Givenchy has announced Clare Waight Keller as its new artistic director, replacing Riccardo Tisci, who had held the position since 2005. Tisci exited in January and is widely expected to move to Versace. Waight Keller is the second female designer to take the creative lead at an LVMH couture house, following in the footsteps of Maria Grazia Chiuri at Christian Dior. Prior to Tisci, the house has also previously had John Galliano, Lee Alexander McQueen and Julien Macdonald as creative directors.

The brand took to Instagram to break the news to its 7.7 million followers. As a teaser, an hour prior, it shared a photo of the label’s founder, Hubert de Givenchy, as well as a quote, stating that "true elegance comes with a natural gesture, an attitude in simplicity."

“Hubert de Givenchy's confident style has always been an inspiration and I am very grateful for the opportunity to be a part of this legendary house’s history,” said Waight Keller in a statement issued shortly after the Instagram announcement. "I look forward to working with the teams and writing a new chapter in this beautiful story.”

The former Chloé designer will report to Philippe Fortunato, CEO of Givenchy Couture, who said: "I am very excited to see Clare bring her singular sense of elegance and modernity to Givenchy. By exploring our maison’s 65-year heritage and the outstanding savoir-faire of its ateliers, I am convinced Clare will help Givenchy reach its full potential."

Bernard Arnault chairman and CEO of LVMH added: "I believe her widespread expertise and vision will allow Givenchy to enter the next phase of its unique path. I am very much looking forward to her contribution to the maison’s continued success."

Waight Keller’s appointment could mark a dramatic shift for the French brand, which has embraced hip-hop and celebrity culture under the leadership of Tisci. The fiery Italian-born designer became known for his high-octane embellished collections, and achieved notoriety for distinctive graphic sweatshirts, sneakers and sportswear-inspired garments, as well as close personal and professional relationships with celebrities including Madonna, Kanye West, Beyoncé and Kim Kardashian West. Under his tenure, Givenchy also grew into a significant business, estimated to turn over more than €500 million in revenues, with an EBIT margin of 10 to 15 percent.

Waight Keller, in contrast, is known for her calm and affable manner and interest in the arts. The British designer’s success at Chloé was rooted in in her ability to deliver wearable, desirable garments — and perhaps most importantly, high-margin shoes and handbags — that moved at retail. Her talent for accessories will be welcome at Givenchy, which has not delivered a hit bag since the ‘Nightingale’ early in Tisci's tenure, and the role will see her return to designing menswear as well as womenswear.

Although she has no experience in haute couture, Waight Keller will likely be drawn to the rich heritage of the house, which was founded by Hubert de Givenchy in 1952 and become known for linearly elegant couture favoured by Audrey Hepburn, Wallis Simpson and Jackie Kennedy.

Waight Keller graduated from the Royal College of Art in London and moved to New York to work for Calvin Klein on graduation, subsequently overseeing the menswear design of Ralph Lauren’s Purple Label. She was then tapped by Tom Ford to work at Gucci alongside Christopher Bailey and Francisco Costa as a senior designer, and remained at the brand until she was appointed creative director of Pringle of Scotland in 2005.

Waight Keller will present her first collection for Givenchy in October in Paris, for Spring/Summer 2018.