The French luxury brand is opening its first London flagship in Mayfair to capitalise on designer Clare Waight Keller’s British heritage, her royal wedding dress coup and London’s position as a global hub for luxury shoppers.

LONDON, United Kingdom – In May, almost 18 million Britons watched Meghan Markle walk down the aisle in a Clare Waight Keller dress to marry Prince Harry. Now, admirers have a new way to buy the Givenchy designer’s luxury clothing and handbags.

On Thursday, Givenchy is opening its first flagship store in London, its seventh opening this year and arguably its most important, despite concerns about the trajectory of the UK economy as Brexit looms.

“London is one of these international cities where you want to have a strong statement because it’s a fashion capital of the world... where the trendy, fashion savvy customers are gravitating," said Givenchy chief executive Philippe Fortunato. "Brexit or no Brexit, it’s a must-have as a retail destination.” 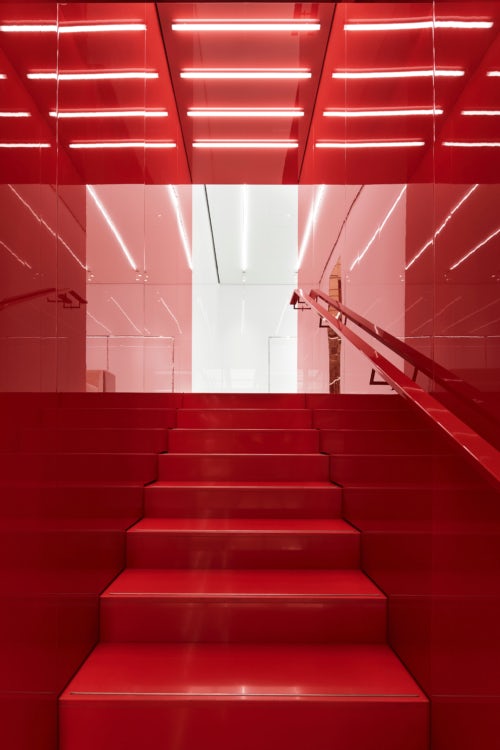 The low-key, Birmingham-born Waight Keller took over as artistic director of the house in 2017 following stints at Chloé and Pringle of Scotland. “Clare being British adds one more element to the mix," Fortunato said. "She is very passionate about bringing the couture savoir-faire to her home country.”

But while her Britishness is one draw for the domestic audience, it was undoubtedly the 48-year-old’s royal wedding coup, dressing Meghan Markle in a simple boat-neck, haute-couture dress and five-metre long silk tulle veil for her marriage to Prince Harry, that has cemented her popularity.

It was a sleek-and-modern look which Markle has continued to wear as a patron of the designer. See the cream and black dress she wore in the family portrait for Prince Charles’ 70th birthday, the navy coat for Princess Eugenie’s wedding and a white cape dress for her first official appearance with Queen Elizabeth II.

And the commercial benefits are undeniable. Dressing a royal is notoriously lucrative; Alexander McQueen sales surged 27 percent in 2011 after McQueen designer Sarah Burton dressed the Duchess of Cambridge in lace for her royal wedding. But Fortunato said it's difficult to discern the true impact.

“It’s not about business, it’s about celebrating the unique connection of two people," he said. "We were very honoured to be selected. Yes it was great exposure, but it's not something we can quantify and measure and monetise.”

The Givenchy store opening comes as the pace of luxury openings in prime central London locations — especially on Bond Street and surrounding locations in Mayfair — surpasses last year's. International tourists and ultra high-net-worth Londoners continue to spend as brands bet on the longer-term appeal of the city as a global hub, despite Brexit concerns.

The new store, two converted 18th century buildings, mixes original features like bow windows and wooden ceilings with modern touches like a glossy red staircase. It will hold womenswear, menswear and accessories including an exclusive new mini bucket bag for €1,250 to lure Givenchy's growing millennial customer base, currently around a third of the business. There are also plans for some special one-off products.

Fortunato has big ambitions for Givenchy. Earlier this year, he told BoF that he wants to scale the business to the size of Dior, with revenue in excess of €2 billion, by opening stores online and off. (It only launched e-commerce in Europe this year.) LVMH does not break out brands by revenue, but Givenchy is considered to be one of the conglomerate's smaller brands with sales estimated to be around €500 million.

“Clare is a woman designing for women with a strong point of view,” said Fortunato. “She doesn’t give iron-clad costumes to hide behind, she gives women the freedom to dress how they want to.”