In case you haven’t heard, Glossier has a new makeup brand.

Following intentionally cryptic messaging from Glossier starting February 22, and what felt like far more than a week and a half of the internet opining about what the new brand will (or won’t) be, the world was graced with Glossier Play’s presence Monday.

The line’s been described by its parent company as “dialled up beauty extras” that include glitter gel, lip lacquer and an eyeliner pencil “that lasts all day and all night.” It’s well priced too: the most expensive product is a $20 highlighter and a “Playground” kit with all four items, plus two tools, costs $60. This is a bargain, considering many brands charge upwards of $40 for a single highlighter or lipstick.

There’s no doubt that a whir of launch buzz will spur initial sales, but can the strong social media game, fronted by a diverse group of fresh, dewy faces that worked so well for skincare translate to a colour line?

It’s not a guarantee, even for a brand as hot as Glossier. The technology and skills needed to develop and sell face wash don’t necessarily carry over to colour; you wouldn’t think to ask your dermatologist for advice on which mascara to use, after all. If this were Urban Decay launching a skincare brand or La Mer developing a sexy colour line, we might be making jokes about Crystal Pepsi or Snapchat Spectacles right now.

One key difference is that those brands rely on retail partners to sell their products, while Glossier items are available exclusively at its website, stores and pop-ups. That vastly simplifies a rollout, as Glossier won’t need to simultaneously coordinate everything from inventory to marketing with demanding third-party retailers, or educate associates across thousands of stores on how to deliver the perfect sales pitch to customers. 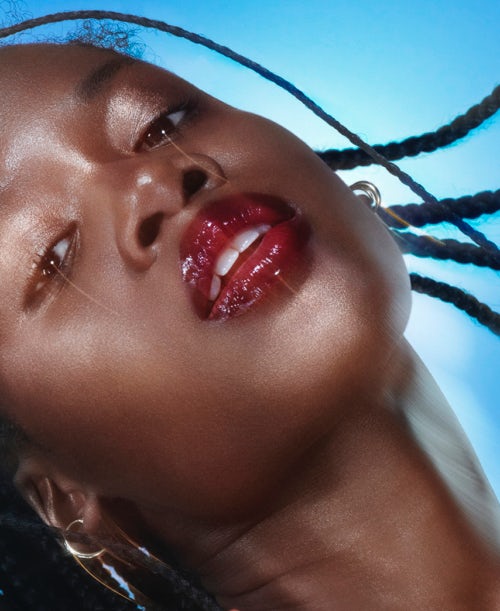 In other words when Glossier Play launched today, it was the culmination of a business model that founder and chief executive Emily Weiss began implementing nearly five years ago. Where other direct-to-consumer brands made shelf space at Ulta or Sephora their goal, Glossier wanted to own their distribution channel from the start.

That meant sacrificing some growth early on – the brand likely wouldn’t have needed four years to hit $100 million in annual sales if its kits had launched at Sephora. But Weiss clearly values control over speed: with flagships in New York and Los Angeles, and a growing online presence overseas, she has a global platform to launch any new product she wants, exactly the way she wants.

And it’s becoming clear that what Weiss wants is to be the modern day Estée Lauder, with Glossier as her conglomerate. Think of it like this: Glossier is the equivalent of the namesake Estée Lauder brand, and Glossier Play is its MAC Cosmetics. The difference is The Estée Lauder Companies acquired its colour brand in 1998, and has generally relied on deals to expand. If Weiss is serious about building a conglomerate of her own, she’s going to need money (Glossier has raised $86 million already), which likely means an IPO may be in her future.

As for Glossier Play itself? The brand is practically the complete opposite of its parent, in terms of the types of products for sale. But it should appeal to a large enough swath of Glossier’s existing audience, many of whom believe in the brand more than any one product or even category. Colour will also attract an entirely new customer who might never have shopped with Glossier before. As long as people who use skincare wear makeup, and vice versa, there will be cross pollination between the main and sub lines.

Glossier Play is a test of the DTC trends Weiss helped pioneer: “community driven” brands creating “pre-launch buzz” via Instagram, combining an e-commerce model with innovative offline experiences and turning obsessed fans into ambassadors. She may fail; launching a brand is expensive, and the long-term ability of online brands to maintain their early buzz has yet to be seen.

But if it works, expect a host of other beauty brands to attempt the same pivot. I’ve lost count of the number of brand founders who liken their company to the “Glossier of something” in meetings or interviews. It’s become the gold standard for digital beauty brands, the same way Warby Parker is credited with creating the modern DTC model for fashion and accessories.

E.l.f. Beauty's stores are no more. Following disappointing fourth quarter results, the brand said it would shutter all 22 of its stores and focus more on its e-commerce business and retail partnerships.

Ulta Beauty allegedly resells used makeup that gets returned to the store. Or so say former employees. A judge ruled last week that an 18-state, class action lawsuit can proceed – all stemming from a single tweet.

Skin Laundry will move from lasers to medicine. The facial and skincare laser chain is opening more doors, upping it product offering and testing out SLRx, a customised prescription skincare range.

Pubic oil brand Fur will hit the masses. The brand's niche offering (it sells ingrown hair concentrates too) will hit shelves at Ulta Beauty in May, part of the retailer's wellness push.