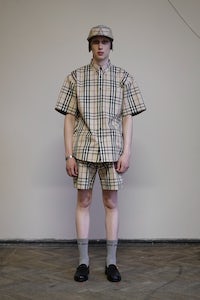 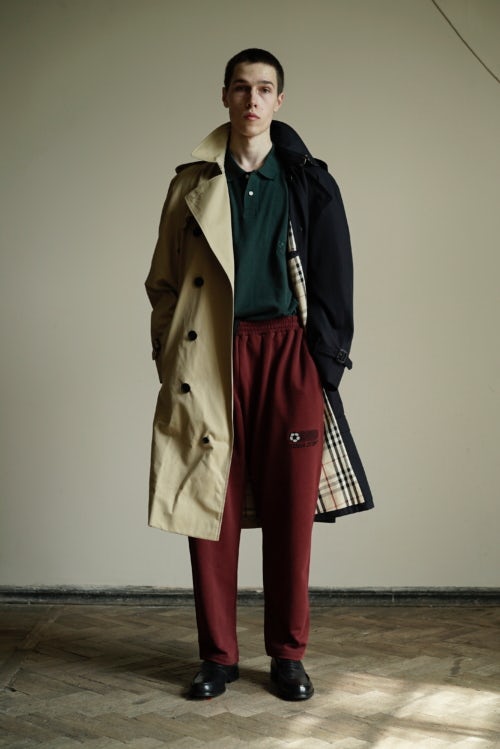 “I have been a big supporter and admirer of Gosha’s creative work for a long time,” said Bailey. “He has an innate cultural sensibility and I was honored when he asked us to collaborate together for his new collection. His reinterpretation of some of our most iconic designs feels exciting, new and relevant whilst paying enormous respect to their British cultural heritage.”

“Burberry has always symbolised the epitome of classic British style to me,” added Rubchinskiy. “Their timeless pieces are the perfect balance to our modern streetwear, creating a great mix. I’m very happy with the result of our collaborative work.”

The move seemed to signal that Burberry may be shaking off what some observers have come to see as an overly restrained creative vision. The British luxury brand has fought hard to restore its sheen following a period of brand dilution, over a decade ago, when its signature check was adopted by so-called "chavs" and pasted on cake tins, doilies and aprons.

The show also featured hats designed in collaboration with the British milliner Stephen Jones, as well as new looks from the label’s existing partnership with the football division of German sportswear giant Adidas, which first debuted at Rubchinskiy’s Autumn/Winter 2017 show, held in the Russian exclave of Kaliningrad in January. The tie-up with Adidas is a long-term initiative, unfolding over three seasons in the run up to the 2018 World Cup in Russia. The latest Adidas Football x Gosha Rubchinskiy pieces combine references to the rave scene of the 1990s, vintage tracksuits and Russian football gear. — Vikram Alexei Kansara