With LVMH backing, the under-the-radar Italian designer is gearing up for growth. 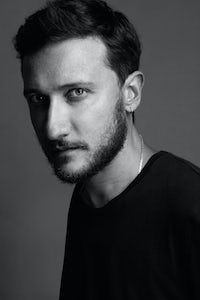 With LVMH backing, the under-the-radar Italian designer is gearing up for growth.

MILAN, Italy — The next generation of Italian designers has been in the making since the mid-2000s, when the lack of generational turnover — in fashion and elsewhere — in the Bel Paese became plain for all to see and Vogue Italia's Franca Sozzani launched Who Is On Next, a young designer competition now also adopted by AltaRoma and Pitti Uomo. This certainly helped give rise to flurry of new labels. But few have survived the harsh test of time.

Marco de Vincenzo is a rare exception. His unique brand of ladylike psychedelia — at once contemporary and timeless — addresses the needs and appetites of feisty millennials (rainbow glittery pieces, with matching sunglasses), their big sisters (sculptural outerwear, fuss-free blouses and mean trousers) and their mothers (demure cocktail dresses). 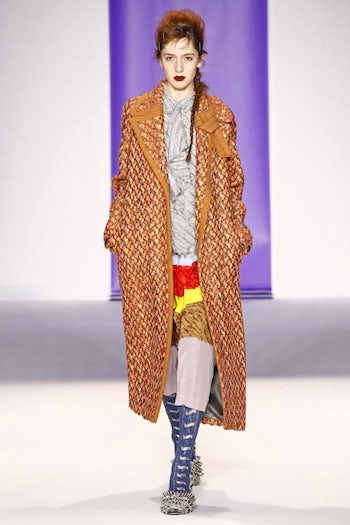 The designer first attracted media attention when he won Who Is On Next’s main prize in 2009, just months after launching his eponymous label in Paris. Soon afterwards, he moved his shows to Milan, but the ride was, initially, quite bumpy. "Getting noticed is a good start. After that, however, designers need to survive in a complex and labyrinthine system of factories, loans, product deliveries and general bureaucracy,” explains the soft-spoken 38-year-old designer, who hails from Messina, Sicily. “Contests do not help at all in this sense: one is literally thrown into the void, with no parachute. I myself have had my fair share of snafus at the beginning, to the point that a few collections never made it to production. This alienated many shops, so much so that I’ve been fixing some commercial relationships to this very day.”

Thankfully for de Vincenzo, the tide has turned and his label now boasts over 150 stockists, including Bergdorf Goodman and Net-a-Porter. The designer’s breakthrough came in February 2014, when LVMH acquired a minority stake — 48 percent, to be exact — in the label. The investment grew out of an existing relationship with the French luxury conglomerate: De Vincenzo has been designing accessories at LVMH-owned Fendi, as right-hand man to creative director Silvia Venturini Fendi, for over 10 years. Venturini Fendi has been a supporter from day one and, as part of the deal, de Vincenzo kept his position at Fendi, basically dividing his time between the Roman luxury brand and his eponymous label. “I live in a sort of split-identity situation,” he explains. “Part of the Fendi accessories team, in fact, is also my team: we basically occupy one corner of the floor in the Palazzo Fendi.” De Vincenzo is also able to rely on the same factories that produce Fendi products, benefiting from the brand’s network of well-tested relationships.

But with greater support came greater expectations. “The arrival of LVMH has augmented the resources of the Marco de Vincenzo label. But it has also pushed expectations higher, generating tremendous attention around us,” says the designer. “Fact is, growth needs time. I got my own CEO, Giuseppe Grillo, six months after the deal, and that enabled us to put a real strategy in place. Before, we just figured things out as we went along,” he adds. “People think that we got rich, but the truth is that we got structure and plans and, of course, money. But we still operate, mostly, as an independent label.”

I'm not a designer-stylist, but a proper designer. I want to give women options, not looks.

Today, the Marco de Vincenzo brand has nine employees and a network of external consultants; the board of directors is composed of chief executive Giuseppe Grillo, Fendi's chief executive Pietro Beccari and the designer. The label has just moved its design studio out of the Palazzo Fendi and opened a dedicated space in a futuristic loft in Milan. This was both a strategic and a pragmatic decision. “Rome has always been an accidental choice for me: I happened to be there. Milan, on the contrary, is a move we have thought through: scouting for new staff members is easier here and Milan is closer to the factories, which makes the workflow smoother." 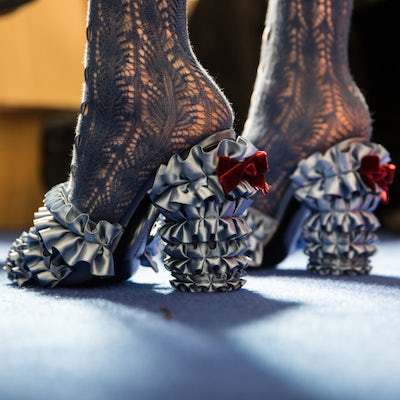 This year, the company introduced pre-collections and will debut a menswear capsule collection during its womenswear show on September 23rd in Milan. The label has also launched shoes and bags — “Think rococo on acid,” says the designer — which have proved popular. In the spring of 2017, Marco de Vincenzo will open its first boutique in Paris on Rue Saint-Roch.

As for juggling his on-going role at Fendi with the growth of his label, de Vincenzo says: “Ideas for my label and for Fendi take completely different routes and need completely different timelines to be completed. As a result, I am able to actually get a creative benefit from the split. I believe that a creative person needs at least two projects: it helps reshuffle the cards and hone a sharper focus. The only problem, of course, is the calendar: we always work around the clock. Whatever the schedule, however, I always make sure to take five days off at the beginning of the season, just for myself, for fabric research. That's how the creative process starts.”

"For some time, I struggled a lot in finding my own voice,” he says matter-of-factly. Indeed, the dissonance between his early collections was confusing. "LVMH has helped me focus on my strengths, which is essentially the way I work with fabric and shape,” he continues. “I like a certain strictness, which I constantly throw off kilter. My collections evolve one into the other, slowly, as I try to steer away from the industry's bigger trends, which are a trap.” Indeed, do not expect anything too street or oversized from de Vincenzo’s show.

A virtuoso of surface treatment and a master of colour, de Vincenzo’s work brings together both a rigorous hand and a bonkers sensibility. He creates fashion that, while appearing to be classic, comes in a surprising array of reworked, man-made, psychedelic and utterly tactile fabrications and vibrant clashes of glaring hues. He is both a minimalist and a maximalist, but is essentially product-oriented. “I come from accessories,” he explains. “On top of that, I do not have an advertising campaign, nor a network of flagship stores, so I have to make sure that every single piece brings out my message to the fullest.”

De Vincenzo is reviving the old-school approach of making actual clothes instead of curating an image. “I feel like I belong to the old guard of Italian designers,” he says. “I'm not a designer-stylist, but a proper designer. I want to give women options, not looks.” It’s a strategy he shares, oddly, with harsher contemporaries such as Demna Gvasalia of Vetements and Balenciaga. And, though the company declined to reveal revenue figures, it seems to be working.

Disclosure: LVMH is part of a group of investors that has a minority stake in The Business of Fashion.