Gucci's Surge and the Power of a Responsive Supply Chain

This week, Kering announced Gucci’s new production strategy, taking a step towards enhanced vertical integration and reduced lead time in a fashion world where supply chain is becoming as important as design.

Gucci's Surge and the Power of a Responsive Supply Chain

This week, Kering announced Gucci’s new production strategy, taking a step towards enhanced vertical integration and reduced lead time in a fashion world where supply chain is becoming as important as design.

This week, Kering announced another quarter of outstanding sales growth. Revenue was up 28.4 percent in the third quarter, reaching €3.9 billion ($4.59 billion), buoyed by a rebound in Chinese demand and a stellar performance at Gucci — the French conglomerate’s largest revenue engine — where like-for-like sales were up 49.4 percent on the strength of continued consumer enthusiasm for the designs of creative director Alessandro Michele.

But as demand for Gucci’s products continues to surge, there is evidence that its supply chain can’t keep up. Indeed, on Kering’s earnings call on Tuesday, Antoine Belge, head of consumer and retail research at ‎HSBC asked: “I think last year, there was a bit of an issue… because the demand was so strong and you had to prioritise retail versus wholesale… this year, is your supply chain more prepared for a strong Q4?”

In response, Gucci has increased volume at some of its key suppliers. But the brand is planning a much bigger revamp to its production strategy that’s about more than simply keeping up with demand, said Kering chief financial officer Jean-Marc Duplaix in his presentation. “Significant investments have also been committed to the supply chain with a focus on preserving manufacturing know-how, fostering innovation, enhancing vertical integration and reducing lead time,” explained Duplaix.

In early 2018 the Italian megabrand plans to open the Gucci Art Lab, a new 33,000-square-metre production centre for leather goods and shoes that Duplaix called “the pillar of our new industrial platform.” He declined to reveal the share of production that is currently internalised or outsourced, but described the new project as “huge” and “strategic”.

“Clearly, it will help to increase the share of development internalised and also part of the production in leather goods and in shoes,” he said. “We also have similar initiatives at Saint Laurent, for example, where we have recently opened a factory close to Padova for the shoes, also to increase the share of internal development and production.”

Kering’s moves follow in the footsteps of fast-fashion giants like Inditex, the world’s largest fashion retailer, which long ago vertically integrated its design and production processes, bringing greater speed and flexibility to its supply chain and enabling its brands — notably Zara — to be more responsive to consumer demand, thereby boosting overall productivity. Indeed, according to research by Dr Warren H. Hausman, professor of management science and engineering at Stanford University, Zara’s supply chain flexibility is what makes it approximately four times more profitable than the average retailer.

Zara’s integrated design and production process is often referred to as “just in time” production. The approach was pioneered by Japan’s Toyota Motor Company in 1948. In the words of Toyota, it means making “only what is needed, when it is needed and in the amount needed.” The approach is particularly relevant in trend-driven industries like fashion, where historical sales data rarely results in consistently better commercial decisions and merchandise that doesn’t sell is routinely marked down, while demand for popular items can go unmet, leading to significant loss of income.

The rise of digital media only magnifies the issue. In a world where consumer expectations and trends are increasingly shaped at the speed of Instagram, “just in time” manufacturing is even more powerful. “The mismatch right now is that a digital consumer is being served by an analogue supply chain. It’s really about aligning information flows, bringing a manufacturer closer to demand visibility,” explained John S. Thorbeck, chairman of Chainge Capital, a supply chain advisory firm, earlier this year.

This week German sportswear giant Adidas launched the first of six planned city-themed running shoe models made at its new “Speedfactory” in the Bavarian town of Ansbach, where the company is deploying new processes like robotic cutting, computerised knitting and 3D printing.

“It’s a hyper- flexible shoe factory concept that can be placed anywhere in the world. It enables us to combine speed in manufacturing with the flexibility to rethink conventional processes to give consumers what they want when they want it,” explained Gerd Manz, the company’s head of technology innovation, earlier this year. “It allows us to react quickly to consumer demands and changing trends. The vision is to reduce lead times from months to weeks to days or hours. Consumers today live in a constantly changing world. This shapes their behaviour and expectations. They demand newness and immediacy without compromise.”

As the luxury fashion industry continues to debate the merits of “see now, buy now”, it’s increasingly clear that the future of fashion immediacy has less to do with aligning product drops with the pre-planned consumer marketing spikes generated by fashion shows and more to do with the speed and flexibility required to be able to deliver new product — “what’s needed, when it is needed and in the amount needed” — in response to the year-round ebb and flow of digital trends on platforms like Instagram.

And while the creative energy of a designer like Gucci’s Alessandro Michele can certainly boost the fortunes of a brand, in today’s fashion world, technology-driven supply chains are becoming as important as design.

Chinese and Millennial shoppers drive luxury rebound, says Bain. As a result, the global luxury goods industry is growing at a faster pace than forecast: revenues are expected to rise 5 percent to €1.2 trillion (about $1.3 trillion) this year, according to Bain & Company. The personal luxury sector is set to grow 6 percent in 2017 to €262 billion ($308 billion) thanks to local European, Asian and American consumers, travelling Chinese shoppers and the rise of high-end streetwear.

Nike confirms $50 billion sales goal for 2022. The sportswear giant presented a bullish outlook on Wednesday, brushing off increasing concerns that its sales might not be quite as robust as originally thought. This week the company's stock was down 17 percent, erasing $22 billion in market value. Sales growth has been uneven, slowing to just 0.1 percent last quarter. Chief executive Mark Parker expects growth to get a boost from overseas markets and direct-to-consumer sales.

Tommy Hilfiger says ‘Made in America’ is unrealistic. The fashion designer views President Donald Trump’s push to make clothing in the US impossible, as the factories "don’t exist here." He told Bloomberg Television: "'Made in America' is very important — I would love to make everything in America if I could find the factories." Today, more than 40 percent of clothing shipped to the US is made in China.

H&M denies destroying unsold product. A Danish television channel released a report claiming, since 2013, H&M has burned 60 tonnes of new, unsold apparel. The fast-fashion retailer responded with a statement denying that it destroys usable clothing, saying that the clothing featured in the TV show had been damaged or deemed unsafe. Brands have been known to destroy unsold product in the past — including H&M which has made a bigger effort to brand itself as environmentally responsible in recent years.

Puma third-quarter growth helped by Rihanna. The sportswear brand reported strong third-quarter sales growth in all regions, saying women’s sales was boosted by the singer's Fenty Puma collection. “Rihanna’s relationship with us makes the brand actual and hot again with young consumers,” chief executive Bjorn Gulden said, adding that growth in its women's category is outpacing other areas of the business. Kering is expected to pursue a dual track IPO-auction to spin off the company next year.

Hudson's Bay sells Lord & Taylor building to WeWork. Canadian department store operator Hudson’s Bay Company (HBC) has agreed to sell its historic Lord & Taylor flagship building in New York for $850 million to WeWork Property Advisors, combined with an equity investment. This is expected to free up the company to continue executing its "transformation plan", according to Richard Baker, governor, executive chairman and interim CEO of HBC, who aims to dominate the upscale retail-real estate market, both in the US and abroad.

Under Armour may exit some categories. The news comes as co-founder Kip Fulks is taking a leave of absence from the athletic brand, which is trying to restore sputtering sales growth. It is exploring the exit of its tennis, fishing and other outdoor categories, according to sources. Under Armour shares have declined more than 40 percent in 2017. 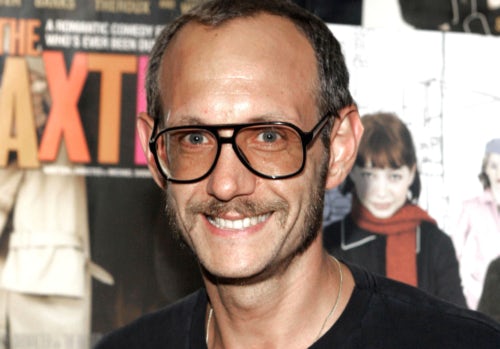 Top magazines cut ties with Terry Richardson. An email circulated within Condé Nast International — which publishes Vogue, GQ and Vanity Fair — instructing the company's global presidents to stop commissioning work from the controversial photographer, while sources at Hearst and WSJ told WWD they have no plans to work with him. Bulgari and Valentino, too, confirmed they would not work with Richardson. While the photographer's alleged sexual misconduct with models first surfaced over a decade ago, the fashion industry is now taking these reports more seriously in light of the allegations against Hollywood producer Harvey Weinstein.

Gucci, Dior and Calvin Klein among Fashion Awards nominees. Alessandro Michele for Gucci, Maria Grazia Chiuri for Dior and Raf Simons for Calvin Klein are among the 35 designers nominated for the Fashion Awards 2017, set to be held by the British Fashion Council in London this December. Jonathan Anderson is the most nominated designer this year, shortlisted for awards across four categories; surprise entries include Fenty Puma by Rihanna and Supreme, both receiving nominations in the Urban Luxe Brand category.

Inditex’s Pablo Isla tops list of world's best-performing CEOs. The chief executive has come first on Harvard Business Review’s annual ranking. Since becoming chief executive in 2005, Isla has led the Spanish retail giant on an aggressive global expansion. HBR notes that growth has increased the group’s market value sevenfold and made it Spain’s most valuable company. Other chief executives who made the list include LVMH’s Bernard Arnault, Kering’s François-Henri Pinault and Fast Retailing’s Tadashi Yanai.

Undercover and The Soloist named Pitti's next guest designers. The guest designers at the next edition of Pitti Uomo will be Undercover by Jun Takahashi and Takahiro Miyashita's The Soloist, two of the brightest stars of Japan’s fashion avant-garde. Takahashi and Miyashita, both known for a twisted take on youthful romanticism, will present back-to-back shows at the biannual menswear trade show in Florence next January.

Fitbit launches Fitbit Pay in the UK. The wearable tech firm's payments processing system will initially be available with one bank, fintech startup Starling, allowing its users to make contactless payments in stores using Fitbit's smartwatch. Fitbit Pay will compete with Apple Pay and Android Pay, both which have been dominating the contactless pay sector. Banks that currently support Fitbit Pay in the US include American Express, Bank of America and Capital One.

L'Oréal to collaborate with Paris-based startups. L'Oréal has opened a beauty workshop for developing tech products like sensory hairbrushes. In addition to developing new technology such as AI or voice recognition software, L'Oréal will also work with 10 to 12 startups every year on new beauty products. The company's push comes as Paris seeks to overtake London as a leading European tech centre and "startup nation", championed by France's pro-business president Emmanuel Macron.