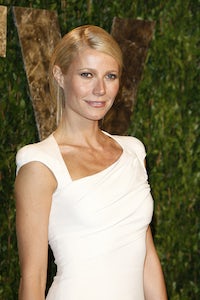 Alongside these items stood a Goop-branded candle, created in collaboration with Murchison-Hume. The candle was scented with saffron and cedar, although Paltrow and her colleagues soon realized it wasn’t just the fragrance that made it attractive. “A lot of the women were saying, ‘We don’t even care what the candle smells like, we just want that Goop product,’” recalls Paltrow. Indeed, it is the desire to buy into Paltrow’s world — a blend of Hollywood glamour and healthy living — that the actress-turned-lifestyle guru and her team hope will fuel the next phase of Goop.

Founded in 2008 as a simple weekly newsletter, featuring recipes and other lifestyle tips, Goop has since been transformed into a revenue-generating business, built largely on e-commerce. How much revenue remains a closely guarded secret. But, according to documents filed at Companies House in the United Kingdom, in 2012, the company generated £1.1 million in sales, up from just £81,000 the year prior, but still posted a modest loss of £23,000.

Goop’s abbreviated balance sheet for 2013, however, identified debts of £1,016,496, payable within a year. Yet a note accompanying the filing said: “As the company started product sales in June, 2012, the directors are of the opinion that predicted profits will provide sufficient resources to enable to the company to continue trading for the foreseeable future.” In 2014, long-time Goop chief executive Seb Bishop departed the company and Paltrow moved the business from the UK to the US.

Paltrow and her current team — led by new chief executive Lisa Gersh, who previously ran Martha Stewart’s Omnimedia — declined to share current business metrics or figures on user growth, but sources close to the company revealed that Goop’s weekly newsletter has about 700,000 subscribers, while the website attracts about 1 million unique visitors per month.

To put those numbers into context, Thrillist, a men's lifestyle newsletter launched in 2004, along with its partner e-commerce site Jack Threads, together have more than 11 million newsletter subscribers. In January 2015, Thrillist.com received 14 million unique visitors and the site reported 2014 sales of more than $100 million.

Paltrow and her team hope to scale Goop through a similar blend of content and commerce. The model includes an online wholesale business, for which Paltrow enlists her favourite brands to create exclusive, limited-edition items for the site (and for which she takes a larger cut than traditional wholesalers, according to several brands that have partnered with Goop), as well as native advertising, which was introduced in December 2014.

Online wholesale currently makes up the majority of the company's turnover, but a branded product play is the reason Paltrow and Gersh are in the midst of raising their first round of institutional funding. (Goop declined to disclose how much it aims to raise, or whether or not a deal has yet to close, but sources close to the company suggest the round will be announced within the year.) Gersh, whom Paltrow hired in October 2014, calls the company's approach "contextual commerce," or the art of selling by creating meaning in a product through the content that surrounds it.

“Storytelling inspires so much of what we buy,” says Gersh, who spent years as a television executive — co-founding Oxygen Media, then working on strategic initiatives at NBC — before joining Martha Stewart Omnimedia, which she left in February 2013. “At Martha, there was great content and great merchandising, but those were two very separate businesses,” she says. “When I met Gwyneth, she was organically selling products by recommending products. It’s about inspiring and buying all in the same movement.”

Earlier this year, Paltrow and Gersh took their first public step into private label goods, announcing a partnership with the San Francisco Bay Area-based organic skincare company Juice Beauty. “They were looking for someone to endorse their makeup line and we were looking for somebody to help us build a skincare line from the ground up,” Paltrow says. The actress is now developing a colour makeup collection with Juice, set to hit stores in 2015. In 2016, a skincare range — engineered in partnership with Juice – will arrive on the site. “We don’t have tens of millions of dollars to sink into research and development,” says Paltrow. “This way, we don’t have to start from square one." But the approach may change, she cautions. “We won’t necessarily follow this structure every time.”

“I didn’t have great insight into the business Goop was going to become,” says Paltrow, reflecting on the early days of the company. “What we’ve realised is that people are looking for a place to go where there is trust and authenticity, a place to get the best possible information, whether that means a recipe or an organic lip balm.”