French luxury house Hermès Group has acquired a minority stake in footwear and accessory company Pierre Hardy, as it seeks to strengthen ties with its eponymous founder. 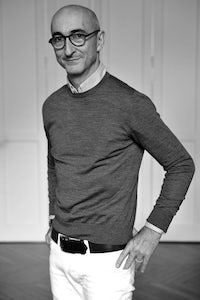 French luxury house Hermès Group has acquired a minority stake in footwear and accessory company Pierre Hardy, as it seeks to strengthen ties with its eponymous founder.

PARIS, France — French luxury fashion house Hermès Group has acquired a minority stake in footwear and accessories company Pierre Hardy, as it seeks to strengthen ties with its eponymous founder, who designs footwear and jewellery collections for the company.

"I'm delighted with our partnership with Pierre Hardy, which shows how proud we are to support creative talent and incredible expertise as part of this unique tribe that strives for excellence,” Axel Dumas, Hermès international chief executive, said in a statement.

Hardy has designed footwear and jewellery collections for Hermès since 2001, and the company said its acquisition highlights its ambition to contribute to Pierre Hardy’s growth plans and solidify its close working relationship with the designer.

The move adds to Hermès' interest in the luxury footwear market — the company also owns traditional British shoemaker John Lobb — and marks a new period of growth for Pierre Hardy as it pushes forward with its expansion plans at time when demand for shoes is outpacing bags and apparel.

Hermès has a history of strategically supporting the designers it works with. In 2003, when Jean Paul Gaultier was appointed the creative director for its womenswear, the company acquired a 30 percent stake in his label. Hermès sold the stake to Puig in 2011, after it ended its collaboration with Gaultier.

"I'm very pleased, and very proud, of our alliance with Hermès, a house which champions the exceptional. It's the natural extension of 25 years of creative collaboration," Pierre Hardy added.

The designer has three direct retail stores: in Paris, New York and the Aoyama district of Tokyo, the last of which opened last March. The brand is sold in 200 doors globally.