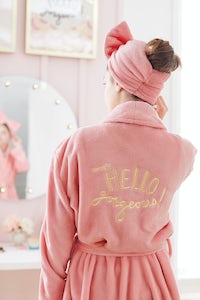 SAN FRANCISCO, United States — Founded some 42 years ago in San Francisco’s Mission District, Benefit Cosmetics came of age more than three decades before Instagram was imagined into existence. And yet, it has managed to sustain relevance by doubling down one of the selfie era’s key product categories: eyebrow makeup.

“Brows have always been in our DNA,” said Benefit chief executive Jean-Andre Rougeot. In fact, when twin sisters Jean and Jane Ford founded what was then called The Face Place in 1976, it offered quick-solution beauty services like eyebrow waxing alongside its proprietary products. (In 1999, they sold the company to LVMH, which also owns Sephora.)

But in the last five years, retailers — most notably Sephora and Ulta, where Benefit operates more than 1,000 full-service “brow bars” — indicated that demand was increasing for above-the-lash products that went beyond the standard pencil. Young consumers, obsessed with thicker, face-framing brows, were after powders and potions to shape and accentuate their natural arches.

In 2016, with that client in mind, Benefit expanded their offering, launching a nine-piece, 45-sku brow range that includes everything from highlighter to gel. Today, the company owns a quarter of the prestige eyebrow-product market in the US, behind only Anastasia Beverly Hills, according to market research firm NPD. Benefit’s sales are expected to hit $1.5 billion this year, according to people familiar with the business. Brows — products and services combined — make up about $600 million, or 40 percent, of that.

Benefit, which is already the #1 ranked brand in the US in the mascara category, has ambitions to outpace Anastasia’s brow business. Globally, it’s already the number-one brand. And, as Rougeot said, “brows know no borders.” While mascara, for instance, isn’t as popular in Asia as it is in other parts of the world, eyebrow products resonate everywhere from the Middle East to South America. “The US brow market today is 72 percent of the size of the mascara market,” he noted. “We believe that in two or three years, brows can be bigger.”

Right now, Benefit’s competitive advantage is the presumed efficacy of its products as well as its extensive retail distribution. At the moment, it’s everywhere it needs to be: in Sephora and Ulta (major multi-brand retailers), in department stores (waning, but still a significant driver of sales), at airports in cutesy vending machines (playing into the brand’s kitschy vibe) and of course at its own physical and digital stores.

In order to succeed, Benefit must continue to refine its social media marketing strategy and drive more direct sales to its e-commerce site. It will also need to continually tweak its offering to meet evolving consumer demands. If Rihanna’s skinny brows on the September cover of British Vogue were any indication, aesthetics are changing — requiring new products. 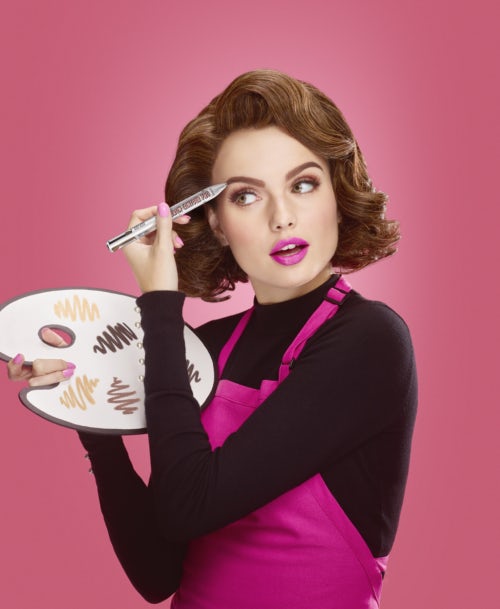 On August 7, in an effort to further feed the brow frenzy, Benefit is adding yet another tool to its portfolio: Benefit Brow Contour Pro, a $34, four-setting pen that promises to help define and shape the user’s brow line with just one contraption. The ambitions for this slim little item are big: according to people familiar with the projections, Benefit is betting that Brow Contour Pro will exceed $100 million in sales globally and $50 million in the US alone over the next 12 months.

How will it hit such lofty numbers? Benefit will undoubtedly pull out all the influencer-campaign stops to ensure Brow Contour Pro is a hit. Just consider a recent product launch, when it hosted 62 guests at Amangiri, an ultra-exclusive, ultra-Instagram-able resort in Utah, resulting in more than 400 posts and driving more than 83,000 new followers to Benefit’s Instagram account, which currently boasts more than 8 million. (By comparison, Gen-Z's favourite Glossier has 1.3 million, while Kylie Cosmetics has 16.8 million and Anastasia has 17.4 million.)

However, another project announced this week may have a more significant impact on the consumer perception of Benefit than anything before it. By partnering with PBteen — Pottery Barn’s Gen-Z-targeted homeware line — to launch a 20-product collection, available in 16 PBteen stores across the US and online starting mid-September, Benefit is positioning itself as a lifestyle brand, something very few in the beauty space have attempted to pull off. There's the Estée Lauder Companies-owned Aerin, which started with homewares, accessories and beauty, and Manzanita Capital-owned fragrance line Byredo, which sells leather goods. But none with the reach and influence as Benefit.

It’s common for fashion brands to extend their labels into other categories, whether that be leather goods, fragrance, cosmetics or home. However, beauty’s major players have tended to stay in their own lane. That’s changing, said Susan Kim, Benefit’s senior vice president of US marketing, who brokered the deal with PBteen. “We never count any categories out,” she said.

Borrowing design details from art deco and '70s-glam aesthetics, the range includes beauty-adjacent objects such as a functional vanity, a makeup case and even anti-microbial pillowcases that promise to deflect benzoyl peroxide stains. “We like collaborations that get us in front of new audiences,” said PBteen president Jennifer Kellor.

Of course, the PBteen x Benefit collection won’t add anywhere near as much to Benefit’s top line as the launch of Brow Contour Pro. (While the terms of the collaboration were not disclose, these types of one-off projects are more about marketing and less about a significant fiscal transaction.) But it will be promoted by 300 influencers, who were seeded product in hopes of “getting the word out.”

A significant contribution to Benefit’s current success has been its ability to tap into the social media zeitgeist, something many of its equally established peers have yet to master. “It has a very strong brand, with its own voice and a decent engagement rate,” said Haggai Klorman, chief operating officer of Preen.me, a digital agency that tracks social media conversation around brands.

That being said, Klorman believes Benefit could do a better job of directly engaging with micro-influencers and consumers. At the end of 2017, Preen.me says that 35 percent of Benefit’s social engagement — determined by analysing likes and comments — on Instagram was directly associated with mega-influencers, defined as accounts with 1 million or more followers. “They need to democratise the conversation,” Klorman said. “They’re not capturing the social activity of the consumer.”

Kim, Benefit’s head of US marketing, may argue otherwise. The company said that micro-influencers account for more than half of the influencers with whom it partners and drive the most social engagement. For instance, its recent "Brow Search" — a sort of American Idol-esque competition to find the next social media beauty star — garnered 17,000 entries, 4,500 user-generated Instagram stories and over 74 million collective content views — a 107 percent increase from the previous year’s Brow Search contest.

And, like many brands, the company has used social-media platforms to create a customer feedback loop. (On Facebook, for instance, Benefit runs a secret group. The members, who have signed a non-disclosure agreement, test new products and offer feedback.) “The consumer really owns the brand,” Kim said.