When Karl-Johan Persson took over as chief executive of H&M group in 2009, he inherited a company whose "cheap and chic" retail model had helped reinvent the high street. Then everything changed.

The company has struggled to adapt to rapid changes to the retail market as shoppers began to shift online. In its inaugural Case Study, The Business of Fashion examines how the Swedish fast-fashion giant plans to pivot to the new retail paradigm.

The company has poured billions into a years-long transformation strategy that it believes will shore up its position as the second largest fast fashion retailer in the world and combat shrinking profits, slowing growth and inventory levels that have surged above $4 billion. In its first-half results last week, the company showed its efforts are beginning to pay off; sales are improving, but unsold stock levels remain high.

Midway through its overhaul, H&M group still has a lot of work ahead, but its efforts serve as a powerful road map for retailers seeking to navigate the fast-changing market. 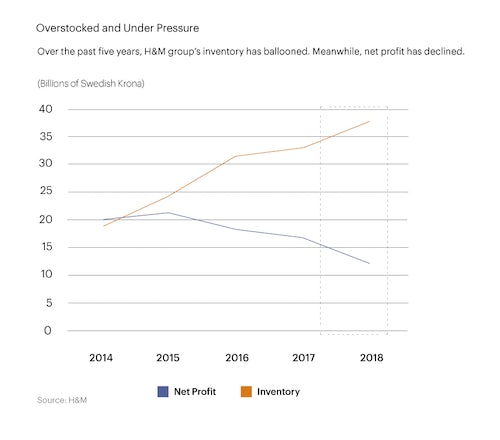 As H&M's consumers migrated online and competition from e-commerce grew, the company invested heavily to improve its digital offering. It’s been rewarded with rising online sales and growing engagement from its loyalty programme of more than 40 million members.

The rise of e-commerce is a trend that no brand can afford to ignore. Online sales of clothing have soared over the last five years while the high street has languished, and that trend shows no sign of letting up. New technology that allows customers to better understand how clothes fit and look without seeing them physically is likely to significantly improve the experience in coming years.

According to research firm Euromonitor International, online sales of apparel and footwear globally are expected to increase at a compound annual growth rate of 12 percent between 2018 and 2023. Brands need to keep investing in their digital offering to keep up with these evolving digital trends.

To back up its digital investments and try to improve its inventory management, H&M has also overhauled its logistics infrastructure. To survive in the new retail paradigm, companies have to be able to compete with dominant online players like Amazon.com Inc and ultra-fast-fashion upstarts like Boohoo Group Plc. That means building a slick, omnichannel logistics system which provides a seamless experience for consumers (whether online or in store), keeps stock levels to a minimum and can get new product to market at speed.

As noted in The Business of Fashion and McKinsey’s annual State of Fashion report, “companies still playing by the old rules, with prolonged end-to-end product development processes, face increased fashion risk and excess inventory if they are not able to match customer demand.”

A Facelift for Physical Stores

Against an onslaught of online competition, H&M group has been battling declining footfall at its stores. Closures have increased, but the company sees a future in physical retail and is still growing its store numbers every year. It’s betting on sleeker, more modern stores, better tailored to local consumers and streamlined with the company’s online offering to entice consumers.

The company’s strategy sends a powerful message about its belief that traditional retail isn’t dead, but modern consumers expect more from their shopping experience. Stores need to look good and make it easy for customers to find the items they want.

Added bells and whistles like a café, in-store events or pop-ups can prove an additional draw for consumers, turning a store into a destination. But footfall doesn’t necessarily translate into in-person sales today, making it important for retailers to balance their digital and brick-and-mortar offering. Done right, the two can complement each other, with physical stores boosting brand recognition and providing logistical support for online sales.

A Treasure Trove of Data

Looking to the future, H&M is aiming to capitalise on one of its most underused assets: its treasure trove of data. The company is investing heavily in growing its artificial intelligence and data analytics capabilities to better read trends and service its consumers. It’s an area that holds huge potential, but that the industry broadly is only just beginning to explore.

Companies have more data than ever before about how consumers shop and what they want. It’s a huge opportunity for brands able to interpret information swiftly and translate that into product.

On the other hand, ignoring or misreading these signals can result in big problems. “Where companies make it more difficult for themselves is where they follow market messages rather than their consumer messages,” said Tom Enright, research vice president on the global supply chain strategies team at consultancy Gartner Inc. “Trying to understand how their consumers shop is one of the hardest things to grapple with.”

Though H&M group is only partway through its transformation plan, there are signs its efforts are bearing fruit. Sales are growing and its digital investments have helped boost the online business. Still, inventory levels remain elevated and the company's ambitious plans have added hefty costs that have eroded profits.

For more about how H&M is fighting off the retail apocalypse and facing its excess inventory crisis, read our in-depth BoF Case Study: Inside H&M's $4 Billion Inventory Challenge. 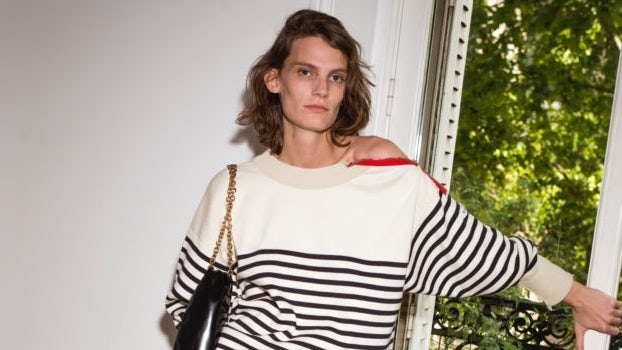 Sonia Rykiel bidders revealed. Three bidders are vying to buy the troubled French brand out of receivership, the French equivalent of Chapter 11 bankruptcy protection. The bidders are former Balmain Chief Executive Emmanuel Diemoz; a Paris-based family operating in the real estate and medical sectors; and a Chinese investor. Offers were reviewed in a closed-door hearing on Monday morning with members of the company's management and workers' council in attendance.

Nike pulls 'Betsy Ross flag' shoes after complaints by Colin Kaepernick. The Air Max 1 USA sneakers, intended as a celebration of US Independence Day, were pulled from retailers following criticism for including a flag that has been co-opted by far-right groups as a racist symbol. Prices on marketplace StockX spiked to $2,500 a pair — roughly 20 times above retail price. By pulling the shoes, Nike hopes to send a powerful signal to its young customers that the brand shares their values. The controversy speaks to how America’s culture wars are invading the retail sector with increasing regularity.

Milk Studios is leaving NYC’s Meatpacking District. The creative services and production business is leaving its headquarters — commonly known as the Milk Building — after Google acquired it in May as part of its effort to find more office space near its Chelsea headquarters. Milk Studios has hosted fashion industry runway shows, concerts, gallery shows and parties there since 1998.

Global Fashion Group IPO mostly backed by existing shareholders. The company, which runs e-commerce platforms in emerging markets, placed 40 million new shares Saturday at a price of €4.50, raising €180 million (around $203 million) — less than half the sum originally targeted due to weak investor demand. The shares were largely bought by existing shareholders, with Swedish investor Kinnevik and Germany's Rocket Internet acquiring shares worth €60 million and €50 million respectively.

Safilo shares down 6 percent after losing Dior license. The Italian eyewear group is working to sign up new brand partners before it loses its Dior licence at the end of 2020 after the company decided not to renew. Instead, brand owner LVMH is expected to licence Dior to a joint venture it has with Marcolin, a rival to Safilo. Dior accounted for 13 percent of Safilo revenues in 2018 and the news dragged the company's share price down 6 percent.

Shoe retailer Office in debt restructuring talks. The struggling British shoe store, which was acquired by South African retailer Truworths in 2015, aims to settle a significant portion of its £45 million debt through a lump sum payment maturing in December 2020. Truworths acquired the Office chain in 2015 but the business has been under pressure due to the collapse of department store House of Fraser, where it had several concessions.

Report: Walmart has discussed selling Bonobos and Modcloth. The world's largest retailer bought numerous clothing brands last year to appeal to younger shoppers in its effort to compete with Amazon. Now, Walmart has discussed the potential sale of its unprofitable clothing brands Bonobos and Modcloth with buyers. Modcloth will likely be sold this year, but Walmart plans to retain Bonobos. Meanwhile, the company is pushing to integrate its network in China and plans to invest 8 billion yuan ($1.2 billion) over the next 10 years to upgrade logistics. 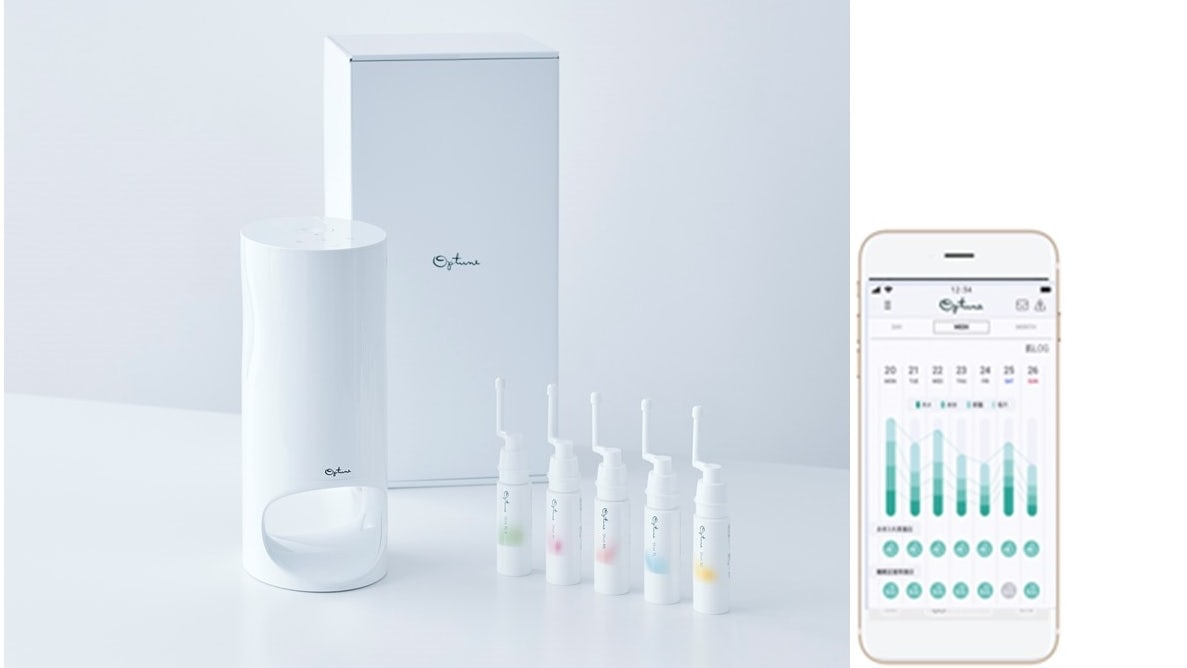 L'Oreal in talks to buy Mugler and Azzaro brands from Clarins. The French luxury goods and cosmetics company has started exclusive talks with Clarins Group about buying Mugler (founded in 1970s) and Azzaro (founded by Loris Azzaro in 1960s). L'Oréal has been trying to revive its sluggish mass-market division while its higher end brands like Lancôme and Kiehl's have been finding favour with shoppers. The company did not disclose financial details regarding the planned acquisitions.

Coty to take $3 billion writedown as it plots turnaround plan. It wants to simplify its operations by streamlining management and trimming down product lines in a turnaround plan intended to revive margins, reduce leverage and better keep up with its rivals. Coty didn’t specify if the restructuring would include job cuts, but the company said it would be “reducing organisational layers,” which could signal lay-offs.

California to become first state to ban hair based discrimination. The California State Assembly voted unanimously to pass a bill that prohibits racial discrimination against people with natural hairstyles. Eurocentric standards that dominate Western society have long deemed styles such as afros, dreadlocks and cornrows "unprofessional," even though it is a natural state of hair for people of African descent — an issue of contention in states like New York and California 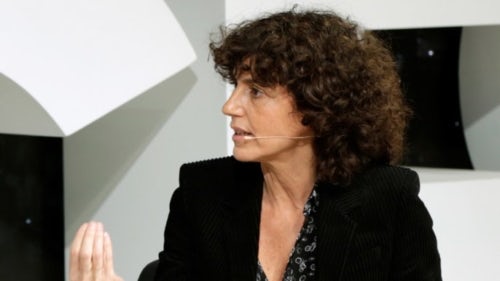 Kim Kardashian wins $2.7 million from Missguided USA. The reality star took the fashion brand to court in the US, claiming it was using her name to sell clothes and copying designer items she wore. She has been outspoken about almost-identical reproductions of her clothes appearing on fast-fashion sites within hours. Missguided didn't defend itself and was told to pay out $2.7 million. Meanwhile, Kardashian said on Monday she would rename her Kimono shapewear line after global backlash.

Zalando to build Rotterdam warehouse to serve western Europe. The online fashion retailer,said it would build a 140,000 square-metre warehouse near the Dutch port of Rotterdam to serve its customers in the Benelux countries, France, Spain and the United Kingdom. The facility, which will eventually employ 1,500 people and have a storage capacity of 16 million items, will start operating in summer 2021 and help shorten delivery times, the company said.