LONDON, United Kingdom — “I’m not a designer,” says JJ Martin, dressed in one of her exuberantly printed peasant skirts and a black cashmere sweater. “I see myself as more of a curator and editor — I bring in people and places and things that I think are great together.”

Holding court at her pop-up shop at Liberty, the spiritual homeland of printed fabric, Martin is the embodiment of her Milan-based label, La Double J, which turns archival prints from Italian silk mill Mantero into saturated hero pieces and tableware, tapping into the distinctly Milanese penchant for bold, colourful prints from the ’60s and ’70s. Her concept is simple: a classic and simple piece of clothing, available in a variety of vintage prints and fabrics. Along with Mantero, she also works with the textile producer Mascioni and the ceramic company Bitossi, taking these traditional, local Italian workshops to a global audience and the pricing is decidedly all under €1,000. 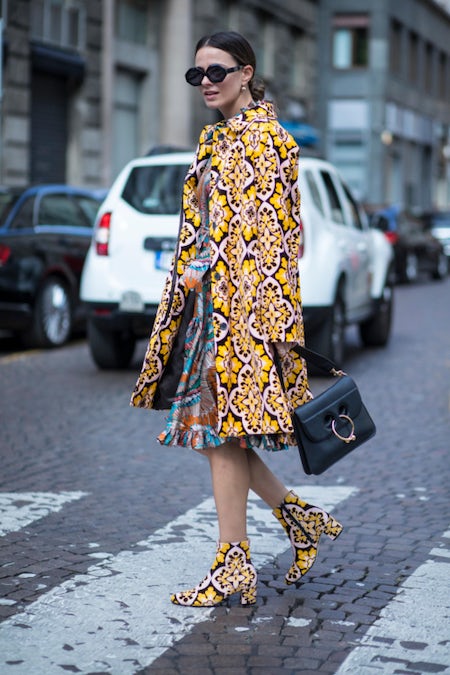 “I don’t think we need to reinvent the wheel every season,” she adds. “Our business model is much more based on a ‘Buy Now, Wear Now’ approach. We have quick replenishment possibilities because everything is laser printed and we can do it in 6 weeks. It’s kind of fast-fashion, but 100 percent made in Italy.”

Although the brand has only 15 wholesale partners, it usually occupies a dedicated space — centred around a La Double J dining table and wallpaper — within premium retailers such as Bergdorf Goodman in New York, Le Bon Marché in Paris, Lane Crawford in Hong Kong, Harvey Nichols in Dubai, as well as in the shops of jet-set hotels such as Il Pellicano in Tuscany and the Esencia in Mexico. Despite all of these partnerships, though, 75 percent of sales still come through direct-to-consumer transactions online.

That’s because where La Double J excels is at e-commerce, where one can shop by print, textile or category, or via the platform’s many editorial stories. When it launched in 2015, it was actually an e-commerce site selling the collection of vintage clothing that Martin had been amassing over a lifetime, with heavy editorial content about fashion and Milanese women in their homes. (Martin is a former fashion editor for Harper’s Bazaar and Wallpaper.) The American expat hoped to become the “Net-a-Porter of vintage” but her ambitions took a turn when she realised that sourcing and re-stocking the site was unsustainable and difficult to scale.

“It wasn’t much of a business plan,” she says. The editorial content, however, caught the attention of other brands who wanted a similar recipe for success and Martin began doing creative content for the likes of Giorgio Armani, Missoni and MaxMara (which she still does today, but in a much lesser capacity.) “Everyone talks about content and commerce mixed together, but if you go on their website there’s a button that says ‘content’ and a button that says ‘shop.’ Our homepage is article after article that you can shop. The people who are doing content really well are using Wordpress and the ones who do commerce really well use Demandware, but they don’t work well together.”

What is clever is that they haven’t pigeonholed themselves into offering one type of product which means that you are buying into the lifestyle, whether its party dresses or swimwear.

Martin had also started a collaboration with Mantero, a 150-year-old silk mill in Lake Como, and had produced one full-length hip-skimming a-line dress with fitted shoulders — “A woman never has a problem with her shoulders,” Martin points out — and a bold archival print from Mantero’s archive. In part, thanks to Martin’s high profile, the dress caught the eye of Ruth Chapman, co-founder of Matches Fashion, who began stocking the label and encouraged Martin to take it further, which she did with a quick turnaround.

“It is a unique brand as they show off schedule, revealing the collection to buyers only six weeks before it is ready to ship, which means that you can really identify what it is your customer wants at that time,” says Chelsea Power, buyer at MatchesFashion.com. After a presentation at Milan Fashion Week, the product arrived in October and subsequently “came in and flew out” and La Double J was able to replenish. “What is clever is that they haven’t pigeonholed themselves into offering one type of product which means that you are buying into the lifestyle, whether its party dresses or swimwear.” 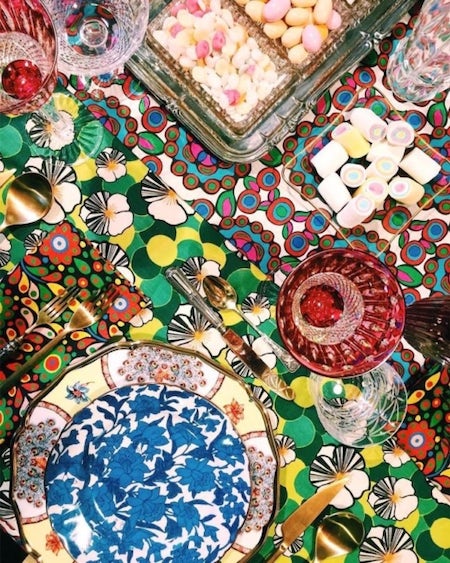 Meanwhile, Moda Operandi says it is expecting 75 percent growth in La Double J in the next year. “We are seeing great success with it through our pre-orders, so we are bringing the brand on as part of our ‘Boutique’ buy,” says Lizzie Leventhal, chief merchandising manager. Overall, La Double J has grown 400 percent from September 2016 to September 2017. The company declined to disclose specific revenue metrics.

La Double J’s success would not have been possible without The Level Group, a firm that builds end-to-end e-commerce platforms for brands including Dolce & Gabbana, Stuart Weitzman and New Balance. It owns a minority stake and manages La Double J — providing the website design, web production, operational and logistical support and a warehouse — as well as WallpaperStore and LN-CC. In the late ’90s, Martin was working in the marketing department at Calvin Klein (the antidote to Milanese ostentation, as she points out) when she met and subsequently married Andrea Ciccoli, with whom she relocated to Milan in 2001 to live with, and who, five years ago, co-founded The Level Group. In this sense, it’s a family business.

Now, Martin has her eyes on other categories and old-school Italian workshops, from tableware (she sold 2,000 plates within the first week of launching in April earlier this year) to furniture and stationary, and any other item that can benefit from a colourful retro print. “Our homeware division was unexpected, so much that we are just now— 6 months after launching— finally keeping stock levels at our warehouse. Previously, we were continuously sold out and fulfilling pre-orders.”

Business is booming, and Martin is still very much its biggest cheerleader on social media. Her challenge now is separating herself from the business that is growing into a much larger operation, and continuing to find retail and production partnerships. “It is my baby, but I’m ready for her to be a self-sufficient, walking, talking toddler.”