When Emily Parr, a beauty publicist, was searching for a lab to develop a line of skincare products, she was suspicious of technicians who told her they could prepare a new product in just a few weeks. After all, she’d heard countless founders speak wistfully of the two years or more they spent crafting their sunscreen or lip gloss.

She was wrong to doubt the labs. After hiring a chemist, Parr held her first call to discuss her line in early September. By mid-February, she had four items ready for launch.

“I rolled my eyes and thought they were crappy labs,” said Parr of her reaction the first few times she was pitched a six to eight-week development process. “There was a learning curve because of the two-year misconception that gets thrown around.”

There’s an epidemic of brands inflating the time it takes to get makeup and skincare from concept to shelf. One founder of a skincare label that debuted earlier this year said in an Instagram post it was “two years in the making” (a source close to the company confirmed that was an exaggeration). Another founder claimed it took “years” to develop her tightly edited colour cosmetics collection, while influencers routinely underscore the time they took - often two years - to prepare their first product.

Here’s the thing: unless a product requires a scientific breakthrough (shimmering body oil and miraculously “not sticky” lip gloss don’t count), there’s nothing stopping a brand from zipping through the development process in a year or less. Some brands, including Be For Beauty, have built entire businesses around a speedy development process, bringing products to market mere months after spotting an emerging trend.

So why did “two years” become the benchmark for creating a new beauty product?

Founders and their branding consultants think customers will believe a product is more effective if they hear it took a long time to make. Marketing materials often tout the lengthy development process to emphasise the care it took to create the “best” moisturiser, mask or face oil. Some entrepreneurs genuinely take years to develop their lines, though many are spending much of that time studying the beauty market, or working a day job, rather than tinkering in labs. Additionally, some consumers might be sceptical if a brand advertised that it took just four months to create their very expensive moisturizer.

“It’s all part of the marketing story,” said Fred Khoury, co-founder of Above Rinaldi Labs. “It validates their [founders] efforts so it makes their product even more precious.”

Khoury said certain products can take longer to develop; his lab is working on sunscreen for a brand that’s taken almost 18 months – and it’s still in the testing phases.

But those are the exceptions. Chemists and formulators, founders of startups and executives at big cosmetics companies will tell you that they typically shepherd new products from ideas to store shelves in under a year. With the barrier to entry lower than ever, from the rise of the direct to consumer model to launching a brand on Instagram to the ease of Shopify, a founder can build a brand from concept to fully realised company in under 12 months. 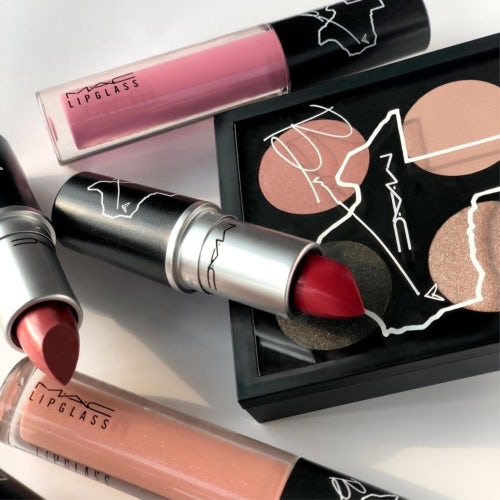 Sharon Chuter, founder of Uoma Beauty, a makeup line that launched at Ulta Beauty with 51 shades of foundations, said it took 14 months to get from “concepting” in February 2018 to finished product. This included shade testing with a panel of over 200 women, shade tweaking, formula adjustments and customization of six different formulas within the brand’s Say What?! Foundation range. Once perfected, the line went into industrial production through the end of March, hitting shelves at Ulta Beauty and Selfridges in April.

The amount of time it takes to develop a product doesn’t necessarily correlate to quality, according to Stephen Alain Ko, a cosmetic chemist and formulator.

On the flip side, stability testing for certain formulas could take as long as a year and some raw materials could take months to source. Ko said that a large company once bought a “water resistance ingredient” from a supplier, and the supplier couldn’t keep up with demand so smaller beauty lines’ lead times became a year or more.

“It’s not Amazon Prime, and many companies don’t keep stock, especially if the product is perishable. Even if everything else is done you still have to just wait for fulfilment,” said Ko, who suggested working with a contractor who can speed this process up. “If it’s an ingredient they’re using in a lot of their customers’ formulas they can order a lot and just have it on hand.”

There are limits to how fast brands can go, however. Be for Beauty’s co-founder and co-chief executive Curry explained that 18 weeks is the absolute quickest turnaround for a beauty product to go to market because 12 weeks of data is required to show a product is “safe and that it’s efficacious.”

“We can’t ever be as quick as what’s considered quick in fast fashion,” Curry said.

But as more and more “fast beauty” companies join the fray and production lead times get shorter, even the larger companies are looking to speed things up.

At Mac Cosmetics, a fashion week collaboration with Brandon Maxwell took about 16 weeks to get to market, according to Elizabeth Otero, senior vice president of global marketing.

“We were able to leverage our existing formulas and packaging architecture and adapt and curate it to be in Fashion Week as Fashion Week was happening,” Otero said. “We wanted to pressure test our capacity to be in the conversation.”

The global, multi-billion dollar business is working to strike a balance between quick hits and disruptive ideas that address “decades-old pain points.” Otero said it took about two years to complete the most recent major product innovation, Powder Kiss, a range of moisturizing matte lipsticks that came out last fall and don’t dry out lips the way traditional matte finishes do.

Products that brands want to rush to market may not be the most disruptive or remain in your line long term, she added, but they’re the ones that capture trends – and a younger customer that craves newness. Gen Z shoppers move quicker on to the next thing than James Charles could lose millions of followers (and regain them).

“We know that constant newness, theatre and animation is really the engine that drives traffic to our stores, and brands that don’t participate in the conversation across specific categories have a tendency to fade in the consumer mindset,” said Otero.

YouTube is a drama magnet for beauty influencers. The platform has become a breeding ground for controversy, the latest feud between James Charles and Tati Westbrook making mainstream headlines.

Botox is using social media to maintain its edge. Allergan, the maker of Botox, has a direct competitor for the first time in Jeuveau, which was approved by regulators earlier this year and became available to the public last week.

Who What Wear launches first beauty brand. Katherine Power, co-founder of Who What Wear, this week launched Versed, a clean beauty line where all products retail for less than $20.

So does This Works. Canopy Growth Corp. bought the skincare company, which reportedly has a £10 to £15 million business, for £43 million.