NEW YORK, United States — What would Burberry be without the trench coat? Gucci without the horse bit? Chanel without tweed? These are the signifiers on which multi-billion-dollar luxury fashion businesses were built in the 1990s, when independent houses were re-engineered to serve an increasingly global pool of consumers, many of whom knew very little about what gave these brands their value. So companies told them stories of Coco Chanel and Christian Dior, or how the Birkin got its name.

But if the past few years have proven anything, it’s that newness and cultural relevance are as important as heritage for hooking today’s consumers, who know very well what they’re buying. “Just a few years ago, the race to win 'virgin' luxury consumers was in full swing, especially in China,” Luca Solca, head of luxury goods at BNP Exane Paribas, wrote in 2017. “But the wave has broken. Today, it is established consumers who are driving demand.”

Even new entrants to the luxury market care less about history than their predecessors. A 2017 Deloitte study of over 1,000 millennial consumers aged 20-30 across the US, UK, Italy and China found that “quality and uniqueness” are the most important factors that attract them to a luxury brand. “Although high luxury brands like to stress their heritage and premium brands like to stress inspirational qualities in their marketing messages, these are not for the most part what draw millennial consumers,” the report said.

Some luxury players have caught on. “The formula that is overrated is the ‘DNA’ of the brand,” Kering chief executive François-Henri Pinault told BoF in a recent interview. “Through that term, people imprison themselves.”

Pinault was speaking to the blockbuster success of Gucci creative director Alessandro Michele, whose fancy dress-drawer dreamland has catapulted the business to €6.2 billion in sales in 2017, up from €3.5 billion in 2014, the year before he was installed.

The DNA gives you the ingredients to fill the story, but at the same time you need exceptional innovation.

Michele uprooted the Italian house’s sexy-and-slick styles, established by former creative director Tom Ford in the 1990s and adopted by Frida Giannini in the aughts, planting psychedelic poppies in its place. In this case, letting go of the past was the only way to keep people interested going forward. “The brand is symbols, icons — it’s never a style,” Pinault added. “The style is the interpretation of something and if you think that the style of the brand has to be respected, you never move forward.”

Pinault’s observation begs the question: How much does brand DNA matter?

Today’s luxury consumers are increasingly attracted to labels that make them feel like they’re part of something unique, new and culturally relevant. The tribes wearing Off-White, Balenciaga and Celine are less concerned with the history of those houses than the sense of community and specialness they get from participating in the fashion moment. “Creative genius and originality — the ability to tap into what is socially and cultural relevant to the consumer — is what’s propelling retail forward,” said Leslie J Ghize, executive vice president at the trend forecasting firm Tobe Report.

That doesn’t mean a brand’s history must be erased entirely, either. “While the consumer no longer needs to hear the whole backstory directly from the brand — especially a younger consumer, who will do their own research — weaving it into the brand in thoughtful ways can be incredibly impactful,” Ghize added, citing Demna Gvasalia’s deft interpretation of Balenciaga’s house codes in recent seasons. And some brands continue to rely heavily on their heritage with notable success. Chanel, for instance, remains desirable globally because its codes are so enduring. In 2017, it generated $9.62 billion in sales, up 11 percent from a year earlier. 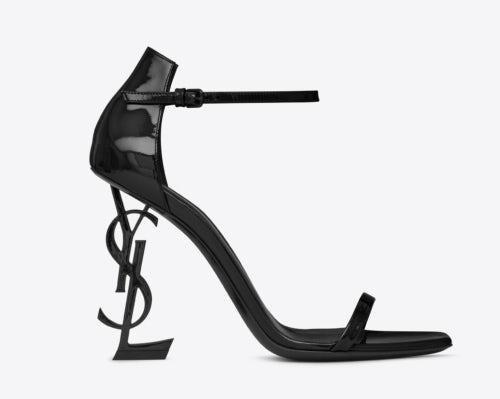 The key is to unpair the concepts of “brand codes” and “brand style.” House codes live forever; styles change. At Gucci, Michele has gleefully mined the archives of interlocking double-Gs and horse-bit loafers to build his magpie lexicon. His singular style may be very different to Ford’s, but it works because he is so good at interweaving it with those well-known codes. “You have to synthesise,” said Oliver Chen, an analyst covering luxury goods and retail at Cowen & Co.

That’s not always so easy to achieve. For every Gucci or Balenciaga, there’s a house struggling to use its DNA to its advantage. Ralph Lauren, for instance, has been bogged down by its heritage in recent years, generating $6.2 billion in sales in fiscal 2018, nearly a billion dollars down from $7.4 billion just two years ago. Recent moves to shake up its repertoire, including a revamp of its Polo collection and a collaboration with London-based streetwear label Palace, have stirred excitement. But the refresh is nowhere near complete.

“Americans don’t necessarily need very old stories in the same way [European consumers do],” Chen said. “A lot of the great American brands do not have that.”

Or consider Tod’s, the Diego Della Valle-run Italian shoemaker, best known for its driving moccasin. Casual shoes like loafers and sneakers may rule both the runway and retail, where luxury trainers alone generated €3.5 billion in 2017 (up 10 percent year-on-year), but the nearly 100-year-old Tod’s has continued to struggle for relevance. In the first half of the 2018 — when Kendall Jenner fronted its advertising campaign — the brand generated €256.2 million in sales, down more than 3 percent from a year earlier. In an effort to modernise its model, the company has created a role called “men’s collection visionary,” tapping former GQ editor Michele Lupi to push ahead.

Lupi, who begins his position December 1, has the good fortune of working with a house whose DNA is based less on the style of a certain creative director and more on brand codes. At Dior, for instance, there have been several re-interpretations of the designer’s original vision, but what has allowed the house to endure are the codes he invented during his 10 years at the helm. No matter who is designing Dior — John Galliano, Raf Simons, Maria Grazia Chiuri — there will be some version of a bar jacket. It is the current creative director’s responsibility to modernise those tenets.

But in other instances, a creative revolution may not be necessary, or even desirable. At Saint Laurent, designer Anthony Vaccarello has been tasked with the job of evolving the brand after the four-year reign of Hedi Slimane, who totally revamped the offering in his very personal image while paying homage, in his own way, to the house’s namesake. (When Slimane exited the brand in 2016, annual sales were €1.2 billion, up from €353 million in 2011, the year before he joined.)

Vaccarello has brought his own flavour to the women’s collections in particular — his look is more sumptuous, flashy and classically sexy — compatible with both the Slimane template and the codes of the house laid down by its founder. But versions of classic products first introduced under Slimane, like Chelsea boots and leather jackets, are still available to purchase. The “evolution, not revolution” approach has allowed Kering to continue to reap the benefits of the investment it made in overhauling Saint Laurent upon Slimane’s arrival.

If you think that the style of the brand has to be respected, you never move forward.

“Of course, for us in the industry, when you see a product season after season it becomes something that you have already seen,” Saint Laurent chief executive Francesca Bellettini told BoF in 2016. “But this is the way to build icons. A product that you repeat in the collections, that has contact with your DNA, that has been part of your history — it's this kind of product that clients recognise as more successful within your collection.”

However, as Saint Laurent’s consumer matures and other labels, like Hedi Slimane’s Celine, offer similar products, Saint Laurent may require more newness too, something that Vaccarello is trying to address with his expanded focus on womenswear.

In 2017, sales growth began to slow at Saint Laurent, up 23 percent year-over-year compared to 25 percent growth in 2016. And this pattern has continued. In the third quarter of 2018, revenues reached €447 million, up 16 percent on a comparable basis. That said, the YSL business is still growing much faster than the 6-to-8 percent growth of the overall luxury market, according to Bain & Company. And the business is on target to reach Bellettini’s stated revenue target of €2 billion by 2022, making it the second largest business in the Kering stable after Gucci.

Right now though, all eyes are on designer Riccardo Tisci, who is in the midst of rebranding Burberry after the exit of longtime chief creative officer Christopher Bailey. Although Tisci’s debut collection received a mixed reception — some felt it was too sprawling and lacked focus, while others lauded its wearability — his drops-driven marketing strategy and Peter Saville-design logo have earned plenty of praise. And while there are still checks and trench coats abound, they don’t mean Burberry needs to look anything like it did before.

What it comes down to, according to Chen, is good storytelling. “The DNA gives you the ingredients to fill the story,” he said. “The bedrock of the brand is part of the heritage, but at the same time you need exceptional innovation.”