He’s gracious about his competitors, but also the tiniest bit smug.

“We did a good job and I’m happy when I go there because I feel like we’re right on track,” he said in a rare interview. “There is an aesthetic behind it. It’s not just, ‘Oh, we’re throwing some makeup on the market,’ which happens with some brands.”

Nars has been observing rival makeup companies since 1994, when he launched his namesake brand with a range of 12 lipsticks. He started his career in the '80s, working with the large fashion houses, magazines and supermodels of that decade and the next. It was in the first wave of makeup artist brands, along with Bobbi Brown and Laura Mercier (also owned by Shiseido). His grew quickly, thanks in part to its most famous product, 1999’s Orgasm blush and later, Laguna bronzer. In 2000, he sold the brand to Japanese beauty giant Shiseido. Several more blockbusters have launched in the past few years, including beauty influencer favourite, the Radiant Creamy Concealer. Nars has remained at the brand as creative director, approving and naming new products, shooting campaigns and advising on store design, of which there are now 50 globally.

This would not be particularly newsworthy, except that several hot brands from that era, like MAC and Bobbi Brown, have faded or faced years of decreasing sales. Nars has not only managed to survive but to thrive, while its peers struggled to adapt in an age of social media ascendancy and department store decline. Plus, there are plenty of nimble brands like Kylie Cosmetics and Colourpop that pose existential threats to lumbering, slower brands.

“Legacy brands came into existence in a different environment, when it was brands and manufacturers that were driving the trends and telling consumers what to do,” said NPD beauty analyst Larissa Jensen. “Now it’s the consumer who is initiating the conversation, and brands need to adjust to meet the consumer’s requirements.” 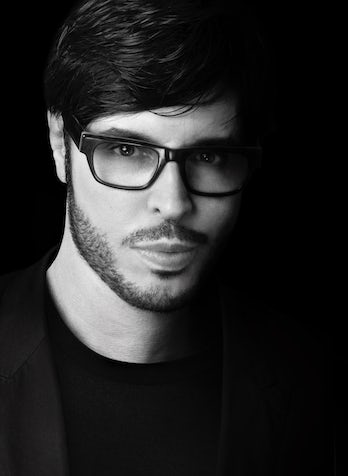 Jensen notes that the “reactive business model” favoured by small, newer brands has been an advantage for them. Nars seems to have adopted it.

This month, it is overhauling one of its heritage categories while also dropping the price. It has reformulated its core lipstick range and will release 72 shades, including the brand’s 12 original shades. The lipstick price will drop from $28 to $26, in an effort to recruit new and younger customers. The brand still offers its luxury Audacious lipstick range for $34.

“We see a tiered pricing strategy as pivotal today,” said Barbara Calcagni, president of Nars Cosmetics and of the Shiseido Makeup Centre of Excellence, noting that the brand did the same with the successful 2018 launch of its Climax mascara. It’s a tactic brands are increasingly adopting.

Nars’ overall success is attributable to its commitment to consistency, to both its fashion heritage and its tongue-in-cheek naming philosophy and innovative products. This is most apparent in the savvy marketing of Orgasm, its most popular franchise and one of the first products from a major brand with a blatantly sexual name. It’s the best-selling blush in the US, according to NPD data. Nars also benefited from an early understanding of digital, as evidenced by its widely-used online brand identity, #narsissist. Its prescient use of specialty retail channels decades before some of its competitors allowed it to build the strong relationships it enjoys now.

In 2018, Shiseido hit about $10 billion in net sales globally. The company does not break out sales for its individual brands, but, Calcagni says it has doubled its business twice in her eleven-year tenure and is set to do so again this year. In 2018, it was the No. 20 best selling colour cosmetics line in the US, according to Euromonitor, falling just below Chanel and Benefit and just above Kylie Cosmetics.  Its US retail sales that year totalled $225 million, up 11 percent from the previous year, according to NPD data. That figure does not include direct-to-consumer channels like the brand's site and boutiques. Industry sources estimate that Nars will reach $1 billion dollars in global sales by the end of 2019.

Nars faces challenges in a crowded marketplace. The total US colour cosmetics market was worth $17.2 billion in 2018, according to Euromonitor. Prestige makeup, the category where Nars sits, is currently worth $7.3 billion, a decrease of about 2 percent since last year, according to the NPD Group. Colour products such as eye shadow and lip colour have declined, some in the double digits. The heavy “Instagram makeup” look is falling out of favour as more people are spending on skincare. Plus, newer brands from Nars’ makeup artist peers, like Pat McGrath and Charlotte Tilbury, have been taking market share from legacy brands. Still, in 2018, NPD identified Nars as the fastest-growing top 20 prestige makeup brand in the US.

The brand is bullish on its new lipstick launch, despite US sales figures.

“We see a lot of opportunity, especially in the Asian markets, where lip remains a huge opportunity and a very large percent of the business,” said Calcagni.

Nars is also expanding into fragrance, which will launch in early fall. François Nars has been passionate about fragrance - true fans know about Nars candles, (first introduced in 2000), a category the brand doesn’t heavily publicise.

Now it’s the consumer who is initiating the conversation, and brands need to adjust to meet the consumer’s requirements.

Staying true to François Nars’ vision comes first, according to Calcagni. “The way we speak to consumers in order to always make the brand relatable and accessible and relevant today is where we pivot and how we’re agile,” she said. Over the last quarter of a century, here’s how the brand has accomplished that.

Nothing is as core to the brand as Nars’ original blockbuster product, Orgasm, first produced as a traditional powder blush.

“I thought it was going to be thrown out right away because of the name,” said Nars. “But it never got censored. If you start saying sex is bad, we might as well all die.”

The peachy, gold-inflected shade has been a hit with consumers since 1999. Sex sells, and Orgasm has inspired the beauty industry to get sexier ever since. (See: Too Faced’s Better Than Sex mascara and Revlon’s Flesh.)

The brand uses Orgasm as a customer acquisition tool, said Calcagni. According to Katie Groody, a senior specialist at Gartner, Nars has had successful launches in mascara and eye shadow recently, but at Sephora and Ulta, “the brand’s strong performance on specialty retailers continues to be driven by hero products” like Orgasm and Radiant Creamy Concealer.

Annually, Nars produces a limited edition Orgasm collection, including exclusives for various retail partners. Retailers consistently praise Nars’ innovation, and Orgasm is where this shines. The shade has been interpreted in every formula imaginable, including a lip oil, a liquid blush and a loose powder.

Not settling down exclusively with department stores in the early days

Nars had the foresight to enter specialty retailers decades before some of its peers. It has been in Sephora and Bluemercury since the late ‘90s in the US. Bluemercury gave it distribution in neighbourhoods where the brand wasn’t otherwise accessible. Its early relationship with Sephora was crucial to Nars’ success when specialty retailers went on to take significant market share from department stores.

I thought it was going to be thrown out right away because of the name.

Ulta followed in 2017 (it went into the retailer ahead of MAC and Chanel) when the chain began adding more prestige brands, and it’s now sold in over 1,230 of the chain’s doors.

Because of its tenure as an established brand, Nars has also managed to avoid being signed exclusively to any one retailer, a decision that newer brands are often required to make now.

Nars consistently performs above average compared to its US peer brands across digital channels including its brand site, retailers, social media and digital marketing, according to Gartner L2’s Digital IQ Index, a measure of digital impact.

It embraced social media earlier than many of its peers, launching its @narsissist handle on Twitter in the early 2010s. It’s since expanded the name to a popular hashtag on Instagram, which spits back over 625,000 results. From late 2017 through now, #narsissist has been the number two ranked beauty brand hashtag behind only #HudaBeauty, according to Tribe Dynamics.

The brand uses it as a call to action and also to source user-generated content, according to Julia Sloan, senior vice president of global marketing and integrated communications at Nars. “We wanted a first-person perspective for the brand,” said Sloan. Fans even call themselves Narsissists.

But having an engaged audience means these fans are also quick to call out the brand when they’re unhappy. In 2017, Nars experienced some bad PR when it announced that it was entering the Chinese market. A small but increasingly vocal group of consumers (including fellow beauty brand founder, LVMH’s Kat Von D) protested and boycotted Nars for no longer being cruelty-free, since the Chinese government still requires testing products on animals as a condition of entering that market. Many companies have dealt with this backlash, and Nars and others have partnered with organisations at adopting in-vitro solutions. The brand responded to fans on Instagram, and did not ultimately experience sales fall-out from the incident.

Despite this bump, the brand has leveraged its digital savvy into a successful influencer program. It’s had high profile influencers like Jackie Aina and Karen Gonzalez to events such as “Friendsgiving” dinners and, in 2018, a trip to François Nars’ private island in Bora Bora. The Bora Bora trip netted the brand its highest EMV ever, per Tribe Dynamics.

Customers ultimately need to feel an emotional connection to a brand. “We feel like there is something strong behind it. I believe a brand lasts only if you’ve got that,” said François Nars. “We’re here to last.”

Lawyers for the estate of Deciem founder Brandon Truaxe are battling a private jet company. Truaxe was allegedly owed over $3 million for a plane he leased. The National Post also uncovered that several Deciem executives are beneficiaries of Truaxe’s will.

Coconut oil-based brand Kopari closes a $20 million funding round. Investments from Unilever Ventures and L Catterton will be used for product development and retail expansion.

Tom Ford is in expansion mode. The luxury beauty brand is upping prices on its signature fragrances and adding skincare.

Fashion retailers are using influencers to sell beauty. Retailers like Net-a-Porter and Nordstrom have embraced influencers to help them promote beauty lines.

New York state bans natural hairstyle discrimination. It becomes the second state after California to do so. Workplace and school bans on hairstyles like braids and dreadlocks have disproportionately targeted people of colour.

Neutrogena quietly recalled its light therapy masks. The masks have a risk of eye damage for certain populations. Regulatory agencies around the world have posted recall notices for the product.

A YouTuber accused Sephora of selling old, expired products. The retailer denies they were expired, but subsequently pulled them from its sale pages.

Ulta is apparently the victim of $2 million heist. The Department of Homeland Security has been investigating a multi-state theft ring at the retailer.