LONDON, United Kingdom — Since before the dawn of the internet, open-source software has allowed programmers and developers to work together on a myriad of technologies. Proponents today include the likes of Google, Facebook and Microsoft, but with the exception of Nordstrom, Nike and a few others, the fashion industry is largely absent from the open-source community.  At BoF’s VOICES conference last November, Airbnb co-founder Joe Gebbia and startup incubator founder Dr. Khosro Ezaz-Nikpay discussed the potential of open-source technology to transform the industry in a salon in partnership with QIC Global Real Estate.

Unlike proprietary software, which a brand or retailer buys off the rack from a third-party company, open-source code is accessible to the public and can be modified by anyone. Supporters say this approach enables fashion companies to create custom versions of apps and software intended for uses like online customer service and payment systems. Proponents say an open-source mindset would also foster collaboration and make it easier for companies to pool resources to tackle issues like sustainability.

We even open-source to our competitors because it really helps luxury overall.

Nike, for instance, launched an open-source project for developing a logging library — a data repository that helps developers understand the causes of a bug or crash — two years ago on GitHub, a popular open-source platform owned by Microsoft. Such technology would allow Nike to have a better understanding of the potential troubles that online customers could run into when they browse the e-commerce store.

Nordstrom has an open-source project called Hello, Retail! that aims to streamline the process of a merchant adding a product to a retailer’s inventory. And one of Amazon’s most popular open-source projects is an analysis of machine learning models used to help generate personalised recommendations for its consumers. Machine learning enables a retailer to predict what each shopper is interested in based on his or her purchase and browsing history. If a shopper has made previous purchases of shoes and apparel, then she may see similar items on their homepage when she visits the site.

Going the open-source route allows greater control for a brand, says Noah Gellman, co-founder and chief executive of The Lead, a media company that connects fashion companies with Silicon Valley.

“At the end of the day, each brand or retailer wants to have a certain level of control over brand experience. And when it comes to control, how much of it are you willing to hand over to a vendor and say: ‘you create the tech and I’ll use it,’ or how much of it do you want own from start to finish? ... You’d use an open-source app but build on top of it."

Control is an asset that’s more important than ever as young consumers increasingly crave unique perspectives from brands, he added. A retailer that’s known for its customer service, for instance, may want to use  a unique checkout process, in which case an open-source software may be more appealing because it allows for customisation

E-commerce retailer Zalando goes one step further: the Berlin-based company uses its collaborative, open-source projects as scouting grounds for potential talent, according to Manjuri Sinha, the company’s global lead for technology talent recruitment. When the company initiates a project on Github, it is able to see all the contributors and their activity. 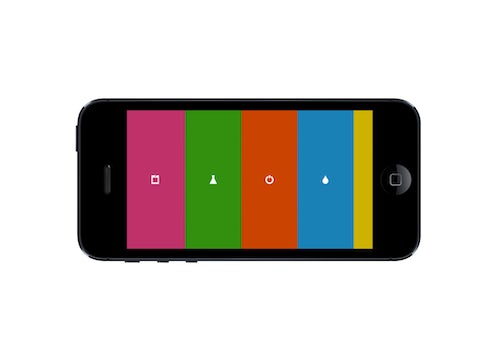 But the open-source model extends beyond software, with some companies embracing the concept of collaboration everywhere from product design and marketing to fabric innovation and hiring.

Nike and Kering, which owns Gucci and Saint Laurent, have developed their own versions of “open-source” guidelines for sustainability. Kering developed an app in 2016 called My EP&L (Environmental Proﬁt & Loss account), which estimates for its users the environmental impact of certain fashion products along the supply chain. Kering's sustainability operations director Michael Beutler called it an “open innovation concept”  because the company allows other companies to use its EP&L tool; there’s even a WeChat version of it so that the Chinese fashion industry can have access as well.

Through this “open-source” approach, Kering can reach out to students, designers and the wider industry with a tool that monitors sustainability in the design process.

“We even open-source to our competitors because it really helps luxury overall,” Beutler said at the BoF China Summit in Shanghai last year.

Nike has also been sharing data on its product materials and their environmental impact through an app called Making, which the sportswear giant introduced in 2013. Using its own data from the Nike Materials Sustainability Index, the app gives a ranking on the most common resources in footwear and clothing under four criteria: water, waste, energy and chemistry.

Open-source can be a design philosophy.

Making is free to the public, and Nike believes that, through sharing its knowledge about the most sustainable products, other companies will be more likely to source these materials. Nike’s material information has since been adopted and expanded upon by the Sustainable Apparel Coalition, together creating the more comprehensive Higgs Index.

Designer and fashion sustainability advocate Martijn van Strien calls for an even more radical adoption of the open-source model. He envisions a fashion market in which brands not only disclose how and by whom their products are made, but also the garment pattern itself so consumers can make it at home.

“In my mind, open-source can be a design philosophy… Brands can have a closer relationship with customers, skipping shop altogether, and also produce [items] on demand,” van Strien said. “On-demand production is a lot better for the environment, and for smaller companies. It’s also a way to keep initial costs low.”

But it will be a long time before an industry adoption of this open-source mindset, he added, considering today’s fast fashion dominance. That business model favours mass production, whereas an on-demand supply chain allows brands to manufacture only what’s needed.

Some retailers have nonetheless begun experimenting with transparent manufacturing, such as Everlane, which used a waitlist to gauge demand for its new denim line last year, and Unmade, a London-based retail technology company that enables brands to offer customised products — such as a specific print — by modifying each brand’s own manufacturing process so their factories are able to accommodate bespoke orders at the same cost and speed as mass-produced garments.

Placing Sustainability at the Heart of Kering